FedEx Will Shun Most Home Holiday Fees, Unlike UPS 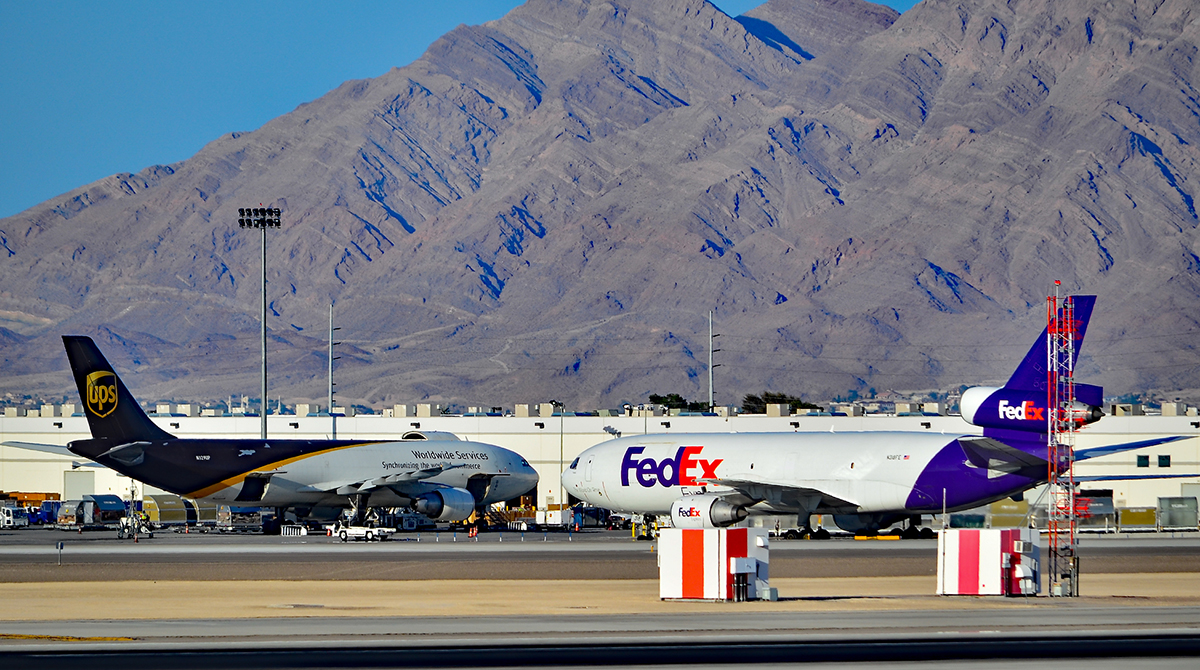 FedEx Corp. will forgo most holiday surcharges on home deliveries this year, drawing a contrast with plans for stepped-up fees at UPS Inc. amid a surge in online shopping.

Additional holiday charges will only be applied to packages that are big or bulky enough to require special handling, FedEx said in a statement Aug. 3. UPS’s extra levies will bump up the cost of residential deliveries by about 3%.

FedEx ranks No. 2 and UPS ranks No. 1 on the Transport Topics Top 100 list of the largest U.S. and Canadian for-hire carriers.

The divergent fee structures represent sharply different approaches at the couriers, which have been contending with a rush of home deliveries as e-commerce continues to expand. FedEx may be able to woo small businesses or individual shippers away from UPS, where they’d have to pay the extra fee, said Kevin Sterling, a Seaport Global Holdings analyst.

“FedEx is smaller on the ground side than UPS and they can probably take a little more volume during peak,” he said. “They’re going to let UPS be Scrooge at Christmas.”

Large customers with contracts won’t be affected by the additional fees, Sterling said.

UPS said the surcharges were needed to pay for the ramped-up operations over the crucial holiday period.

“UPS’s peak season pricing positions the company to be appropriately compensated for the high value we provide at a time when the company must double daily delivery volume for six to seven consecutive weeks to meet customer demands,” said Glenn Zaccara, a spokesman for UPS. He declined to comment on FedEx’s announcement.

Both companies are trying to discourage large, heavy and odd-sized shipments because they clog normal networks and require additional handling, Sterling said.

If a customer insists, he’s “going to probably pay more in shipping costs than the value of the item,” Sterling said. “They’re going to make them pay through the nose.”

The volume of oversized and odd-shaped packages handled by FedEx’s ground-delivery network has surged more than 240% during the past decade as consumers buy a wider range of goods online, from trampolines to mattresses. Such items now make up about 10% of the ground unit’s volume.

Online retail sales in the U.S. are forecast to hit $590 billion by 2020, up from $390 billion last year, according to Forrester, a research and advisory firm.

“It’s really a pricing decision based on the dynamics,” Patrick Fitzgerald, senior vice president of marketing at FedEx, said in an interview. “There is a significant shift, largely driven by growth of e-commerce and expansion of e-commerce into sports equipment, furniture, mattresses and other things that weren’t largely available on e-commerce 10 years ago.”

The surcharge decision is not a competitive response to UPS, he said.

At FedEx, the price of sending items that require extra handling will increase between $3 and $300 per package for certain shipments in the U.S. and Canada from Nov. 20 through Dec. 24, according to rates posted on FedEx’s website Thursday. The largest surcharge, of $415 per package, is for shipments that exceed FedEx’s maximum size limits and won’t move through its normal sortation devices.

FedEx has boosted spending for new package sorters and scanners that enabled it to process heavier and bulkier packages. The company also builds temporary facilities during the peak shipping season to handle the growing volume.

With assistance by Michael Sasso