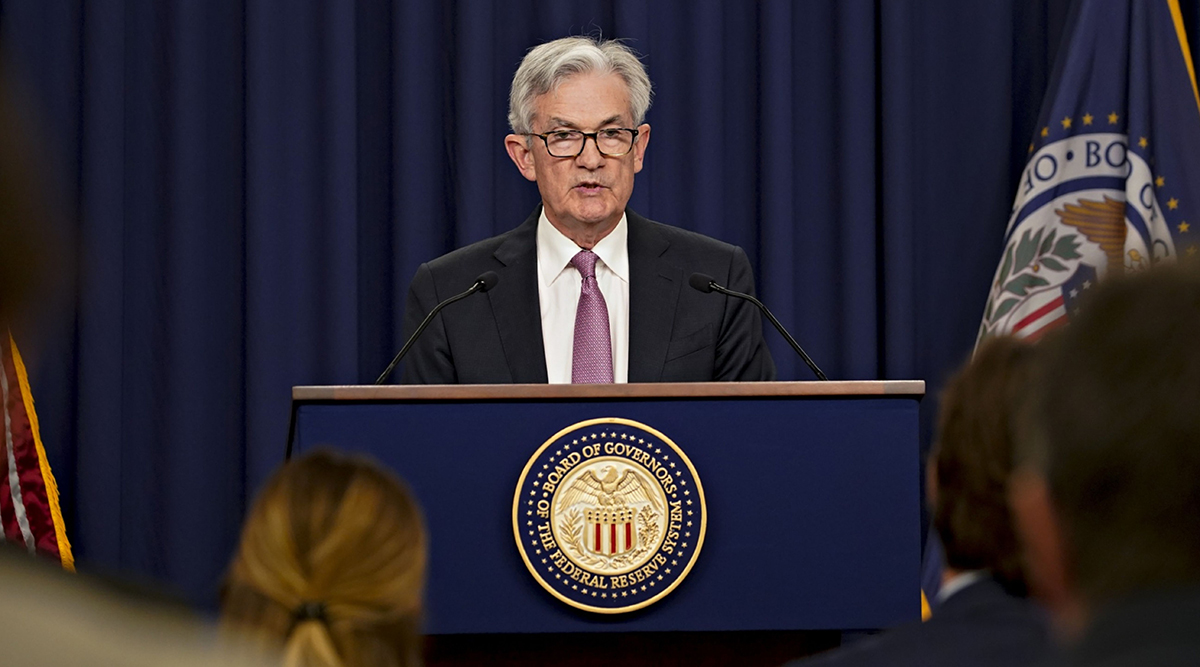 The Federal Reserve delivered the biggest interest-rate increase since 2000 and signaled it would keep hiking at that pace over the next couple of meetings, unleashing the most aggressive policy action in decades to combat soaring inflation.

The U.S. central bank’s policy-setting Federal Open Market Committee on May 4 voted unanimously to increase the benchmark rate by a half percentage point. It will begin allowing its holdings of Treasuries and mortgage-backed securities to decline in June at an initial combined monthly pace of $47.5 billion, stepping up over three months to $95 billion.

“Inflation is much too high and we understand the hardship it is causing and we are moving expeditiously to bring it back down,” Chair Jerome Powell said after the decision in his first in-person press conference since the pandemic began. He added that there was “a broad sense on the committee that additional 50 basis-point increases should be on the table for the next couple of meetings.”

Powell’s remarks ignited a rally in Treasuries and stocks as he dashed speculation that the Fed was weighing an even larger increase of 75 basis points in the months ahead, saying that it is “not something that the committee is actively considering.”

The increase in the FOMC’s target for the federal funds rate, to a range of 0.75% to 1%, follows a quarter-point hike in March that ended two years of near-zero rates to help cushion the U.S. economy against the initial blow from COVID-19.

Policymakers, who widely signaled their intention to step up the pace of rate increases, are trying to curb the hottest inflation since the early 1980s. Back then, Chair Paul Volcker raised rates as high as 20% and crushed both inflation and the broader economy in the process. The Fed’s hope this time around is that the combination of higher borrowing costs and a shrinking balance sheet will deliver a soft landing that avoids recession while tamping down inflation.

The personal consumption expenditures price index, the Fed’s preferred gauge, rose 6.6% in the year through March, more than triple the central bank’s goal — and anger at price pressures among Americans is hammering the approval ratings of President Joe Biden, dimming the prospects for his Democrats in November midterm congressional elections.

A growing number of critics say the central bank waited too long to be able to stamp out inflation without causing a recession. Powell himself even told Congress in early March: “Hindsight says we should have moved earlier.”

Investors had been increasingly betting the FOMC will opt for an even bigger rate increase, of three-quarters of a percentage point, when it next meets in June — which would be the largest single hike since 1994. While officials have so far downplayed that idea, several have in recent weeks expressed a desire to “expeditiously” bring the federal funds rate to around 2.5% by the end of the year, a level they deem roughly “neutral” for the U.S. economy. 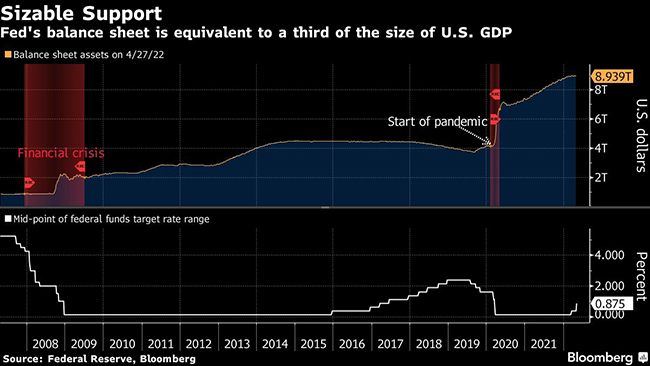 Powell said “it is certainly possible” that the Fed decides over time that it will need to move rates to levels that are restrictive.

“If higher rates are required then we won’t hesitate to deliver them,” he told reporters.

The statement repeated prior language that said, “with appropriate firming in the stance of monetary policy, the committee expects inflation to return to its 2% objective and the labor market to remain strong.” In addition, it reiterated that the Fed “anticipates that ongoing increases in the target range will be appropriate.”

Officials decided to begin shrinking the Fed’s $8.9 trillion balance sheet starting June 1, at a pace of $30 billion in Treasuries and $17.5 billion in mortgage-backed securities a month, stepping up over three months to $60 billion and $35 billion, respectively. The balance sheet had ballooned in size as the Fed aggressively bought securities to calm panic in financial markets and keep borrowing costs low as the pandemic spread.

The Fed said May 4 that “to ensure a smooth transition, the committee intends to slow and then stop the decline in the size of the balance sheet when reserve balances are somewhat above the level it judges to be consistent with ample reserves.”

Powell told Congress in early March the process would take about three years, implying some $3 trillion in reductions.

Market expectations for a series of interest rate increases have already pushed up borrowing costs and begun to constrain demand in rate-sensitive industries such as the housing market. The yield on the benchmark 10-year Treasury note rose to 3% this week for the first time since 2018.

Powell and his colleagues have increasingly sought to connect high inflation to strength in the U.S. labor market. The U.S. unemployment rate in March was 3.6%, just above its pre-pandemic level. The Labor Department will publish figures for April on May 6.

Officials must also calibrate the fallout from Russia’s invasion of Ukraine, which has pushed up energy and food prices, even as COVID lockdowns in China add fresh strain to supply chains and downside risks to global growth.