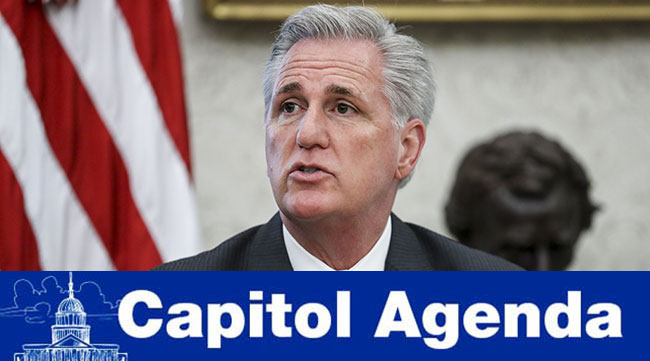 Reps. Peter DeFazio (D-Ore.) and Sam Graves (R-Mo.), leaders of the U.S. House of Representatives’ transportation policy panel, expressed agreement on the merits of a one-year extension of the country’s soon-to-expire highway law, asserting it would buy congressional policymakers time to update its provisions.

The yearlong extension was included in funding legislation meant to avert a partial shutdown of federal agencies.

To be fair, DeFazio and his Senate counterpart, Wyoming Republican John Barrasso, pushed ahead with versions of the law’s reauthorization. Myriad circumstances, such as the pandemic, placed the FAST Act reauthorization’s efforts into the legislative traffic jam.

“With this one-year extension in place, we can continue work on a long-term, transformational bill that significantly boosts investment in our surface transportation network and moves our transportation systems into the 21st century,” DeFazio said.

“As many stakeholders continue to navigate the impacts of the COVID-19 pandemic, ensuring that states are capable of planning and executing infrastructure projects and preventing any disruptions to the 2021 construction season will keep Americans on the job rebuilding our infrastructure,” Graves noted.

A week earlier, the Republican caucus in the House, led by Minority Leader Kevin McCarthy of California, unveiled a policy agenda that revisited the GOP’s infrastructure vision. In the plan, they again championed expanding nationwide high-speed internet, a five-year surface transportation rebuilding plan and proceeding with the streamlining of environmental permitting guidance.

The expectation on Capitol Hill is for the political parties to agree on the temporary appropriations resolution, a measure that would provide funding through mid-December. Addressing thorny funding and authorizing measures this month would help lawmakers to proceed with the thornier consideration of a Supreme Court justice with a relatively clear legislative deck prior to the November elections.

To say the least, America’s dysfunctional politics moved into overdrive with the passing of Ruth Bader Ginsburg, the Notorious RBG.

Sept. 23, 2:30 p.m.: The House Budget Committee meets for an update from the Congressional Budget Office.

The trucking industry gets the TRB treatment.

Maine Republican Sen. Susan Collins, the chamber’s top transportation funding leader, is seeking a fifth term in office. The opposition is attacking aspects of her record, primarily two votes during this session of Congress. The high-profile votes were her support for confirming Justice Brett Kavanaugh to the highest court in the land, and opting not to remove President Donald Trump after the lower chamber impeached the 45th president. Collins, a longtime moderate with a record of bipartisanship and support for infrastructure causes, is defending these scrutinized decisions. 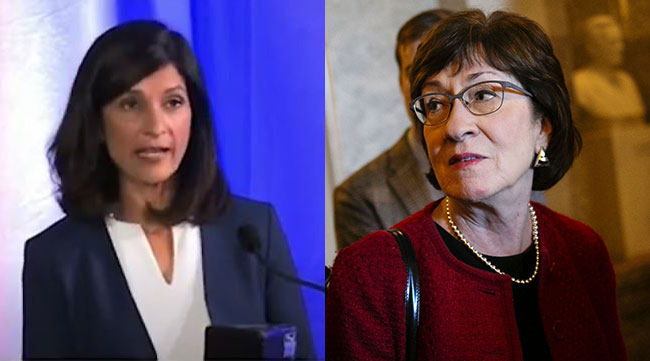 Democratic challenger, Speaker of the Maine Legislature Sara Gideon, struck a chord by reminding constituents about the region’s tradition of backing politically independent thinkers. Various polls show her leading the Senate incumbent during this uber-polarized election year. On the issue of transportation, we get a glimpse into their differences.

Collins’ mainstays in a tried-and-tested tenure are marked by promoting trucking policies, safety enhancements, and funds to build and repair corridors large and small. Gideon, meanwhile, is echoing her party’s mainstream message of linking climate change action into infrastructure policies. In an interview, she touted potential benefits from electric cars as well as investments in green technology. Pundits assumed the Senate seat from Maine would be in play. But few thought it could be a runaway.

Disturbances to the supply chain.

The USPS had a plan to send 5 reusable facemarks to every household in early April. Even had a press release ready.

The White House blocked the plan.

I went out to dinner last night here in Washington, D.C., first time, I think, in six months. It was actually inside a restaurant —very good one.