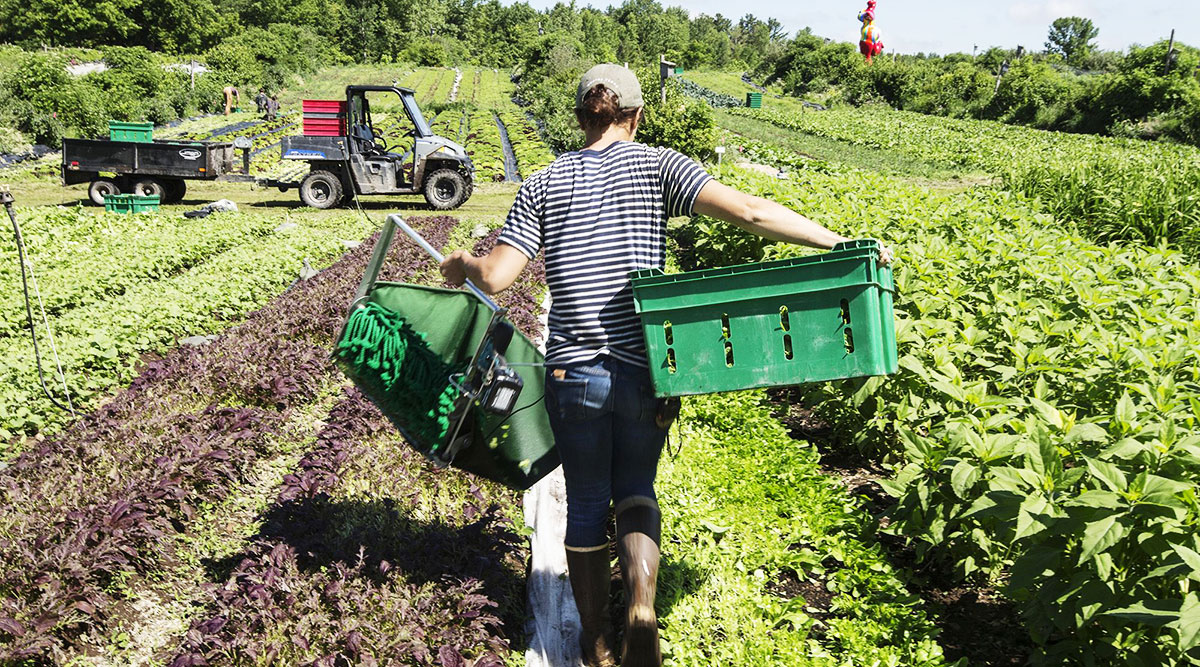 On one hand, farmers have never been this critical of the Trump administration and the trade war with China. On the other, their love for the president seems to be growing.

Support for the president rebounded in the past year, with 67% of farmers saying they’d back him for reelection in 2020, according to a survey of 1,150 growers carried out by Farm Futures between July 21 and Aug. 3. That’s up from last year, when backing fell to just under 60% following the introduction of Chinese retaliatory tariffs on American soybeans.

The Trump administration has faced farmer backlash in recent weeks as the U.S.-China trade war means an essential block against American goods in one of the most important buyers. Meanwhile, crazy weather in the Midwest has added to farmer woes as forecasts for big crops from the Department of Agriculture dragged down prices. Things have gotten so heated that the USDA was forced to withdraw its staff from a crop tour last week after a government employee was threatened.

Since the end of the survey period in early August, farm tensions have continued to accelerate as the Trump administration granted waivers allowing some oil refiners to sidestep biofuel mandates, and the USDA reiterated its outlook for big crop yields and amid further escalations in the trade war.

The Farmers are going to be so happy when they see what we are doing for Ethanol, not even including the E-15, year around, which is already done. It will be a giant package, get ready! At the same time I was able to save the small refineries from certain closing. Great for all! — Donald J. Trump (@realDonaldTrump) August 29, 2019

Still, growers backing Trump believe something needs to be done about the U.S. trade deficit even if the outcome is bad for agriculture in the short term, said Farm Futures Executive Editor Mike Wilson.

“I don’t like it, but I understand the need to get a better deal for the U.S.,” Brad Nelson, who farms 1,200 acres in southern Minnesota, said in an interview during the Pro Farmer Midwest Crop Tour last week. “The Chinese are always coming up with excuses not to import U.S. corn, DDGs, ethanol. When they do that to us, I understand the need to work on changes.”

Growers who were already suffering from years of depressed prices are now contending with the fallout from the trade war. Demand for ethanol has also slumped, with many agricultural groups pointing to waivers the Trump administration has granted to 31 oil refiners.

That’s adding to stress as farm debt is expected to rise 3.9% this year to $427 billion. In 2018, farm debt-to-income was at the highest level since 1984, in the midst of the farm crisis. To ease the blow, the Trump administration had pledged about $28 billion in aid.

Only 6% of the farmers who voted for Trump said they wouldn’t back him if the elections were held today, according to the survey, which was released Aug. 29 at the Farm Progress show in Decatur, Ill. The president’s status also grew among those who didn’t support him, with 2% of the voters who supported Hillary Clinton in 2016 saying they’d vote for Trump.

“My support for the administration goes beyond issues with agriculture,” Nelson said, citing policies in the areas of health care, immigration and education.

Roger Cerven, who farms 2,200 acres with his son in Iowa, also points to issues beyond agriculture for his support.

“I’m not in favor of everyone going to college for free, or getting health care for free,” he said during the crop tour. “Someone has to pay the bill.”

Even with a trade deal, growers shouldn’t expect U.S. sales to China to “return to their glory days” as the Asian nation has been reducing its exposure to American supplies, Wilson of Farm Futures warned. American farmers will need to focus on finding new markets and other crops to grow going forward.

“Even if there was a deal, there’s been so much erosion of relationships that we may never get these markets back,” said Jim Putnam, who farms 1,800 acres with his son in Minnesota. “The U.S. market is built for exports, and that’s why it has been so hard.”