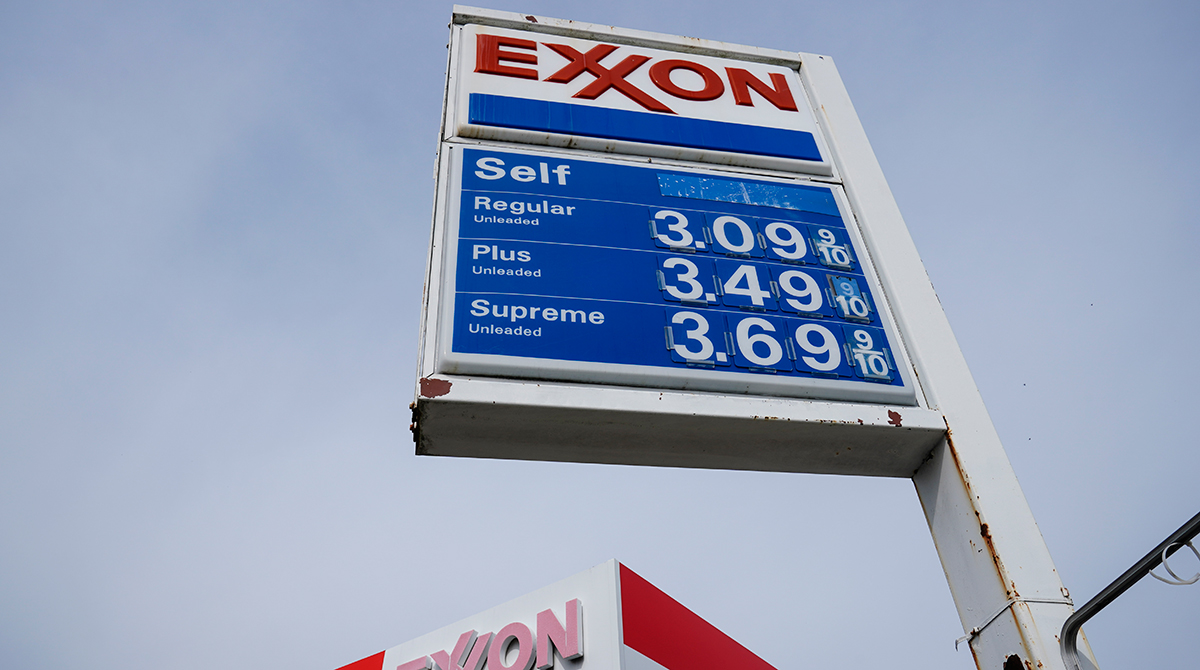 A photo of an Exxon station from last year, before the recent gas price spike. (Matt Rourke/Associated Press, File)

But the oil giant took a huge hit as it abandoned its Russian operations due to the war, writing down $3.4 billion.

Including that loss, the oil giant reported profits of $1.28 per share April 29, which was well below expectations of analysts polled by Factset, who were looking for $2.23 per share.

Revenue at the Irving, Texas, company was $90.5 billion, which far exceeded the $59.15 in revenue during the same quarter a year ago.

The price of oil climbed steadily during the first quarter after Russia invaded Ukraine, sending European countries which rely heavily on Russia for energy and others scrambling to find alternative sources for fuel. A barrel of the U.S. benchmark crude rose from $76 to nearly $130 per barrel before ending the quarter at $100, and drivers were filling up with increasingly expensive gasoline.

Exxon’s production fell to 3.7 million barrels per day of oil-equivalent, down from 4% from the fourth quarter of 2021 due to weather-related unscheduled downtime, planned maintenance and divestments, the company said.

After dipping in trading before the opening bell, shares of Exxon Mobil Corp were essentially flat.

Also on April 29, Chevron reported a quarterly profit $6.26 billion, more than four times its earnings in the same period last year. On a per-share basis, profits from the San Ramon, Calif., energy producer were a nickel short of Wall Street expectations, according to a survey by Factset, but Chevron does not adjust its reported results based on one-time events such as asset sales. And revenue surged 41% to $54.37 billion, exceeding industry analyst projections by a whopping $7 billion.