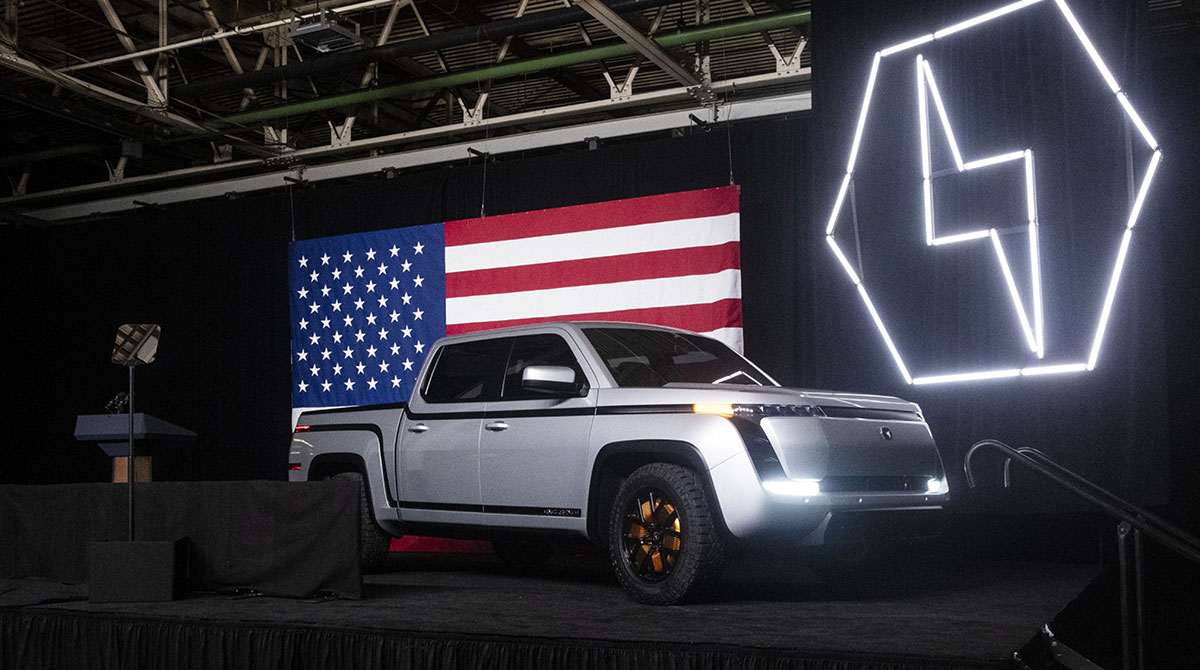 At their highs, five electric vehicle startups that went public through mergers with special purpose acquisition companies were worth $60 billion. The corrections that followed have been brutal.

Three of the companies plumbed new lows this week as short-seller attacks, management turmoil and execution issues lead investors to reconsider their prospects. They have lost more than $40 billion of market capitalization combined from their respective peaks.

The sliding valuations of Nikola Corp., Fisker Inc., Lordstown Motors Corp., Canoo Inc. and Arrival Ltd. underscore the risks surrounding the blank-check boom. Unlike in a traditional initial public offering, going public via SPAC allows companies to make forward projections to investors during their listings. This was key to ginning up interest in EV companies — all five still are working on delivering their first vehicles to customers. 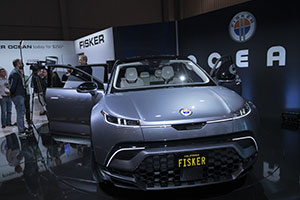 Here’s a breakdown of what’s happened at each company:

Founder Trevor Milton burst onto the scene last year boasting that he could “out-Elon” Tesla Inc.’s Elon Musk. Days after his battery-electric and hydrogen-powered truck maker debuted on the Nasdaq in June, it was worth almost $29 billion, rivaling Ford Motor Co. at the time.

When Bloomberg News reported that Milton had exaggerated the capability of his first truck years before the company went public, it got the attention of Hindenburg Research. The small short-selling firm produced a lengthy report accusing the company of deceiving investors. The SEC opened an investigation, and Milton resigned soon after.

Early this year, the company cut its projection for semi-truck production this year to 100 units, one-sixth of its earlier plan. The shares have recovered somewhat since dipping below $10 in April.

The second EV venture founded by longtime auto designer Henrik Fisker announced its reverse merger a month after Nikola’s listing. While the company was more than two years from starting production, its plan to market an under-$40,000 SUV and outsource the manufacturing work to others turned heads. Its market value peaked at almost $8 billion in February.

The catalysts for Fisker’s decline to below $3 billion this week have been less clear than some of its peers. The company appeared to lose out as investors grew more bullish about incumbent automakers’ EV prospects. Its shares are surging in early trading after an announcement late May13 of plans to develop an EV with Foxconn Technology Group and build it in the U.S.

Then-Vice President Mike Pence attended Lordstown’s unveiling of its Endurance work truck in June at the factory the company took over from General Motors Co. While it was a risky move championing a company with just 70 full-time employees, the Trump administration was eager to embrace a startup trying to revive an Ohio plant that once employed 10,000 people.

Less than six weeks later, Lordstown found a SPAC suitor. Boasts about nonbinding orders gave way to another attack by Hindenburg Research, which leveled accusations similar to the ones aimed at Nikola — that Lordstown had misled investors. SEC has been looking into the claims. Lordstown now is valued at $1.2 billion, less than a quarter what it was worth in mid-February.

The startup founded by two former BMW AG executives unveiled a seven-seat prototype in late 2019, struck a deal early last year to help Hyundai Motor Group develop EVs, then another agreement in August to go public. In January, the Verge reported it had met with Apple Inc. about its car ambitions.

That momentum is long gone. The company announced a hard pivot in its business plans in March, deciding to de-emphasize engineering services for other companies and the subscription business model that was part of its original pitch to investors. It has replaced top executives, including its chief financial officer, and said it hasn’t addressed material weaknesses in its financial controls identified more than a year ago. Last month, one of its co-founders resigned the CEO position.

The company pledging to build electric vans and buses as well as so-called microfactories to manufacture them had assembled big-name backers before its SPAC deal, including BlackRock Inc., Hyundai and UPS Inc.

Last week, the London-based company founded by Denis Sverdlov, a former Russian deputy minister, said it will partner with Uber Technologies Inc. to develop an EV that is purpose-built for ride-hailing. While Arrival shares haven’t sustained the immediate gain after that announcement, the company’s valuation is the highest among the five at $10.5 billion.