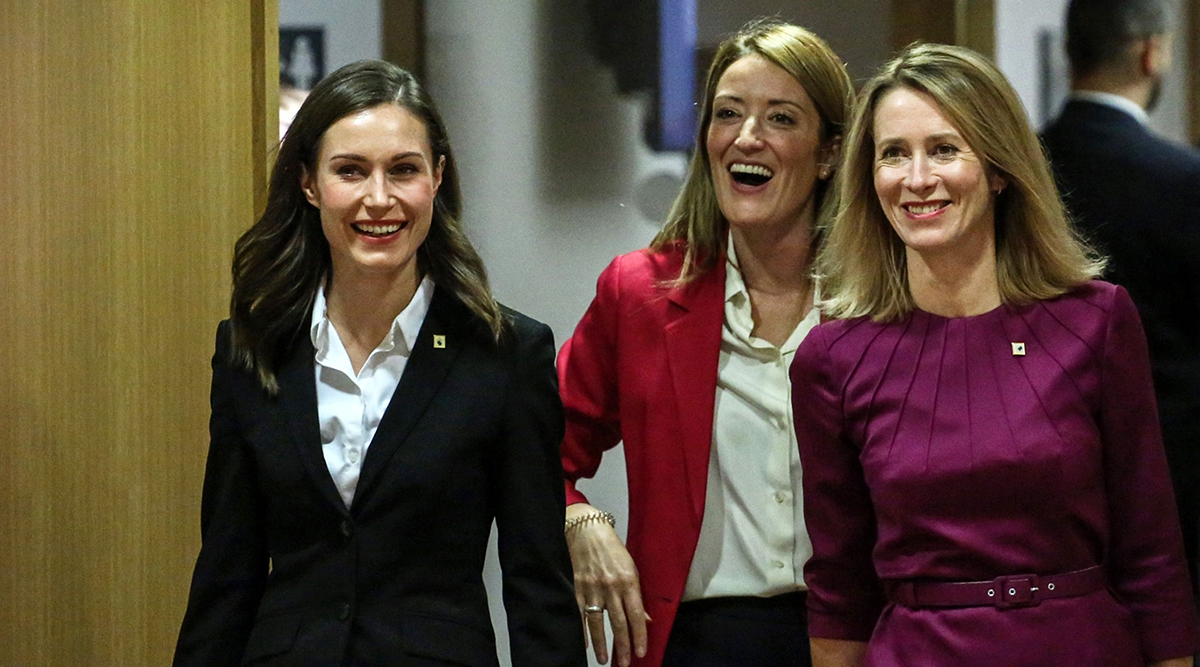 The European Union reached a deal to effectively ban new combustion engine cars from 2035, a move that will reshape transportation and mark a significant step on the path to reduce carbon emissions.

The bloc’s three key institutions — its executive arm, the parliament and member states — reached a deal on Oct. 27 that will require carmakers to reach a zero-emission target by 2035. The agreement requires a 55% cut in emissions this decade as the EU sets a course to reach climate neutrality by 2050.

“It’s the start of a big transition of the European Union,” Jan Huitema, the parliament’s main negotiator, said in an interview earlier on Oct. 27. It “shows it is doable.”

The deal marks an unexpectedly rapid advance for what was one of the EU’s most controversial proposals when it was announced in late 2021 as part of a green overhaul of the bloc’s economy. And it marks the death knell, at least in Europe, for a mode of transport that has dominated the region since it was invented in the 19th century.

“European car makers are already proving they are ready to step up to the plate, with increasing and increasingly affordable electric cars coming to the market,” the EU’s climate chief, Frans Timmermans, said in a statement. “The speed at which this change has happened over the past few years is remarkable.”

We have a deal!

It’s no wonder the first #Fitfor55 deal is on the CO2 car standards: the pace of change in the past years has been truly remarkable.

The agreement has global ramifications. As the world’s largest trade bloc, the EU has a reputation for setting standards globally and is home to some of the biggest car manufacturers like Volkswagen AG and Daimler Truck Holding AG. The former said this week that it would stop selling combustion engine cars in Europe between 2033 and 2035.

There’s a push to ban combustion engine cars completely in the U.S. too. California adopted plans in August to mandate a gradual phasing out of vehicles that run on combustion engines, with only zero-emission cars and a small portion of plug-in hybrids allowed by 2035. That move will ripple beyond the Golden State, as the rule will likely be adopted by 15 other states that have signed onto California’s existing zero-emission vehicle program.

Keeping a major pillar of the EU’s green deal on track through an unprecedented energy crisis following Russia’s invasion of Ukraine is also a boon for those who argue that the war can accelerate the transition, rather than hold it back.

The EU also can now go to climate negotiations in Egypt in less than two weeks with concrete evidence that it’s making progress on implementing its climate policies. The COP27 meeting is seen as the moment where countries show that they are living up to their green commitments.

The regulation will be the first to be approved under the EU’s green plans, known as “Fit for 55,” which aims to cut greenhouse gas emissions by 55% this decade. Other policies include a major overhaul of the bloc’s carbon market, as well as measures to spur renewables and energy efficiency.

Some groups criticized the deal, suggesting it could lead to a buildup over time of older emissions-spewing cars rather than new generations of potentially more efficient ones.

“With today’s agreement, a ‘Havana effect’ is becoming more realistic,” Jens Gieseke, a lawmaker and negotiator from the conservative European People’s Party, said in a statement. “After 2035, our streets might become full of vintage cars, because new cars are not available or not affordable. Today’s deal slammed shut the door to new technological developments and put all the eggs in one basket. This is a mistake.”

There are few exceptions to the new rules. Both the council and parliament agreed that niche manufacturers — including Automobili Lamborghini SpA — which produce a small number of vehicles, will receive a 1-year delay on the emissions targets.

A non-binding element favored by member states that calls on the commission to propose registering vehicles running exclusively on carbon-neutral fuels after 2035 was included in the final deal.

“We are now keen to see the framework conditions which are essential to meet this target reflected in EU policies,” said Oliver Zipse, president of the European Automobile Manufacturers’ Association and chief executive officer of BMW AG. “These include an abundance of renewable energy, a seamless private and public charging infrastructure network, and access to raw materials.”

— With assistance from Albertina Torsoli, Wilfried Eckl-Dorna and Craig Trudell.