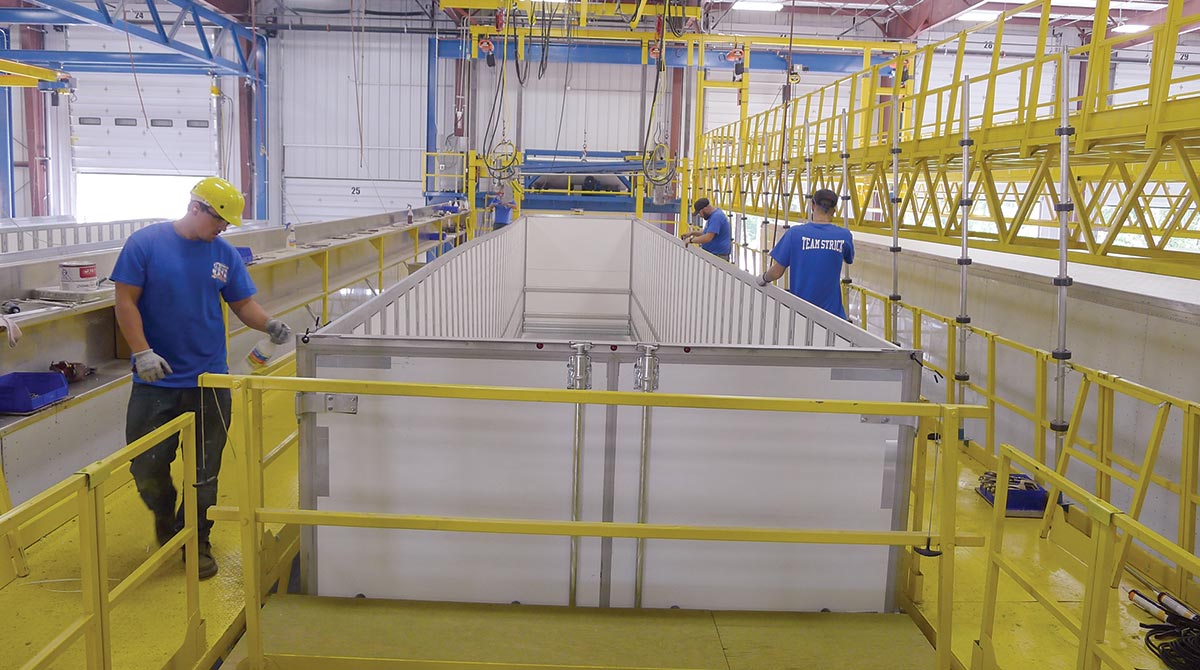 In a move to respond to concerns by the trailer and glider industry, the U.S. Environmental Protection Agency announced it plans to “revisit” its Phase 2 provisions on greenhouse gas emissions and fuel efficiency for medium- and heavy-duty engines.

“In light of the significant issues raised, the agency has decided to revisit the Phase 2 trailer and glider provisions,” EPA Administrator Scott Pruitt said in an Aug. 17 statement. “We intend to initiate a rulemaking process that incorporates the latest technical data and is wholly consistent with our authority under the Clean Air Act.”

The agency did not further explain its specific intentions.

In its current form, the Phase 2 rule starts regulating trailers for the first time ever beginning in 2018.

Trailer manufacturers have criticized the Phase 2 rule, and in December the Truck Trailer Manufacturers Association filed a request for review of the rule with the U.S. Court of Appeals for the District of Columbia Circuit.

In an Aug. 18 written statement responding to the EPA announcement, TTMA said it received letters from both EPA and the National Highway Traffic Safety Administration saying they had reviewed its petitions for reconsideration of the new rule for heavy-duty trailers and have agreed that further rulemaking is needed.

“The reasons for our petitions to these agencies, and our earlier petition in the United States Court of Appeals for the District of Columbia on Dec. 22, 2016, still stand,” the statement said.

TTMA said it was pleased with the agencies’ progress and looks forward to full administrative review of the trailer greenhouse gas rules.

“Our concern remains over the implementation date of those rules, which are still scheduled to begin with January 2018 trailer production, just a few short months away,” TTMA said. “Most heavy-duty trailers are custom-ordered, and the required lead time for scheduling production means that trailer manufacturers are having to quote orders for 2018 delivery that will force customers to purchase equipment they do not want and that will not produce any fuel efficiencies in the customers’ operations.”

In an Aug. 18 statement, American Trucking Associations officials said they were concerned that by moving to reopen the Phase 2 standards, the EPA could be “setting the stage for California to impose a de facto national standard, superseding federal rules.”

“ATA is proud of our record on fuel efficiency and sustainability,” ATA President Chris Spear said. “In large part due to our support for Phase 1 of the EPA’s greenhouse gas rule, today’s new trucks are cleaner and more efficient than ever. We had worked closely with EPA and [NHTSA] on Phase 2 to continue building on that success, but by reopening the rule to re-examine trailers and glider kits, EPA has opened the door to California taking the lead, and a more aggressive track, in setting trailer standards.”

Glen Kedzie, ATA vice president and energy and environmental counsel, said, “As we have done over the entire course in developing the Phase 2 rule, we will continue to work closely with both EPA and NHTSA as they reopen and consider changes to the final rule.”