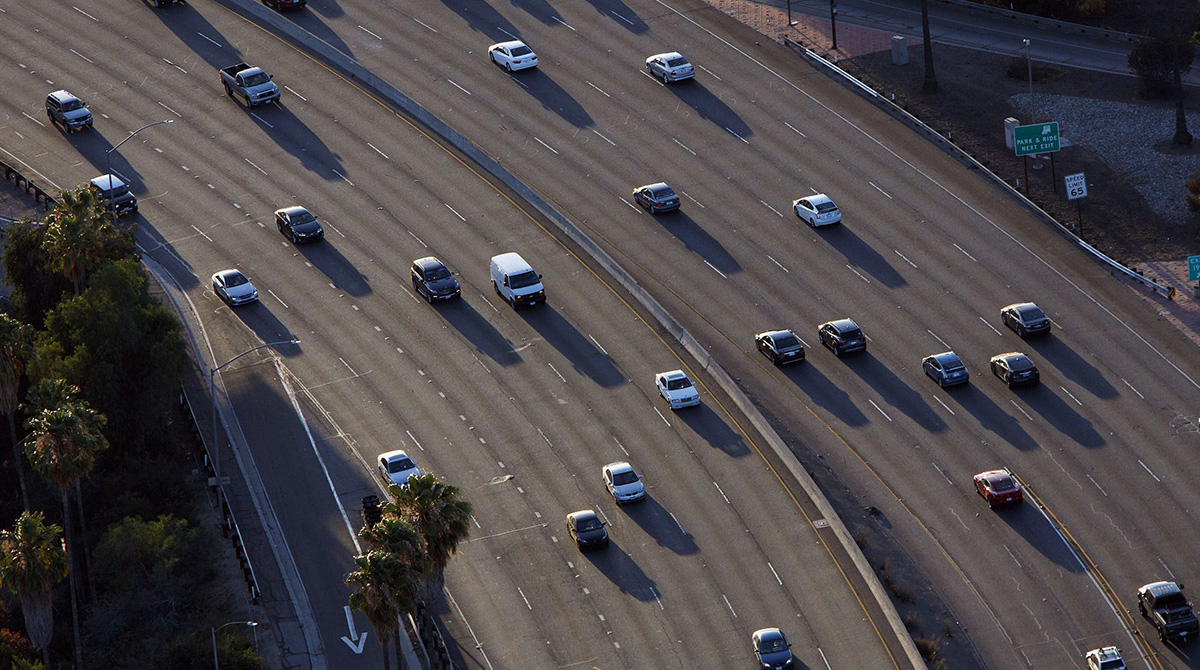 White House and other administration officials told the Environmental Protection Agency that its industry-backed plan for tightening auto emissions limits was too lax, but the agency rebuffed those warnings and released the proposal with provisions that could lessen its bite.

The discord was revealed in thousands of pages of correspondence, analysis and drafts newly released from an interagency review of the measure EPA unveiled earlier this month and is set to finalize by the end of the year. The correspondence highlights tension within the administration over how aggressively to wield regulations to fight climate change, especially when the efforts are opposed by industry.

“This makes clear that numerous officials in the Biden administration believed that EPA should have proposed stronger clean car standards that are more effective at fighting climate change,” Amit Narang, a regulatory expert with Public Citizen, said in an interview.

At issue is EPA’s proposal to tighten federal limits on greenhouse gas emissions from cars and light trucks, which had been weakened under President Donald Trump. The new measure aligns closely with a far-tougher auto emissions plan chartered under President Barack Obama in 2012. By model year 2026, the new EPA proposal would translate to the most-stringent yet federal greenhouse gas emissions limits on passenger cars and light trucks.

The proposed standards, along with the administration’s push to promote the use of electric vehicles, would be “the boldest on the books,” a White House spokesperson said. The spokesperson pointed out that the measure is still just a proposal and subject to public comment.

Yet several White House and other U.S. officials examining EPA’s draft last month encouraged an even stronger approach. And they warned the agency that actual emissions reductions could be undercut by provisions EPA baked into its proposal, including double counting of electric vehicle sales and so-called flexibilities that give extra credit for technologies that make cars more fuel efficient but don’t necessarily show up in tailpipe readings.

While the Trump administration eliminated some of those incentives in its 2020 auto rule, the new EPA proposal would revive the special treatment of electric vehicle, plug-in hybrid and fuel cell vehicle sales for model years 2022 through 2025. It also would allow some full-size pickup trucks to claim an offsetting credit.

Officials from across President Joe Biden’s administration, who are unnamed in the newly released documents, unsuccessfully urged EPA to advance tougher requirements.

“Most reviewers suggested considering a more stringent proposal,” and at least one person recommended tougher standards for later model years, the White House Office of Information and Regulatory Affairs told EPA last month, as it summarized feedback on the agency’s draft.

Several people encouraged EPA to adopt a stricter alternative that had been outlined by the agency, since it “has higher net benefits” and would spur greater adoption of electric vehicles and plug-in hybrids, according to the summary.

The officials also questioned EPA’s decision to provide special treatment for the sale of electric vehicles, plug-in hybrids and fuel-cell vehicles, warning they “are not technologically neutral and reduce the rule’s effective stringency.” While those flexibilities may be necessary to help automakers meet a big jump in stringency for the 2023 model year, they could translate into a smaller share of electric vehicles on the road, the Office of Information and Regulatory Affairs warned.

The EPA program has allowed automakers to effectively claim extra credit for the sales of some low-emission alternative vehicles, an approach that helps satisfy overall auto pollution mandates.

At one point, at least one administration official rejected EPA’s assertion that increasing and extending multipliers for the sale of fully electric vehicles, plug-in hybrids and hydrogen fuel cell vehicles would “help bring some technologies to market more quickly.” The person cited third-party research that “suggests that extending multiplier credits could, counter-intuitively, reduce EV penetration.”

EPA made changes in response to some of the White House concerns, including by seeking public comment on whether it should abandon the multipliers for alternative vehicles. The agency also asked for public feedback on setting a more stringent standard for model year 2026, in response to the White House’s urging.

However, EPA ultimately held firm in maintaining its credits and incentives plan, which was seen as helping the automobile industry adjust to a rapid escalation in emissions requirements for model year 2023.

In writing its proposal, EPA was seeking to bolster standards well beyond the requirements established under Trump. The agency was also under pressure to reflect efforts by five automakers that voluntarily committed to deeper emissions reductions in a deal with California regulators last year.

EPA is now accepting public comment on its proposal. It could still move to strengthen its final rule, expected to be imposed later this year. Environmentalists are pushing EPA to make the final regulation tougher.

EPA defended its approach and said it welcomed feedback on the proposal.

“The proposed rule would put EPA’s clean cars program back on track using technology available today to make vehicles cleaner, reduce emissions over the long term, and save consumers money,” the agency said in an emailed statement. “By model year 2026 the standards would be the strongest federal greenhouse gas standards ever adopted.”

The White House concerns echo those voiced by environmentalists, who argued against incentives and credits that make it easier for automakers to satisfy the annual limits without actually reducing real-world, on-the-road emissions.

“At the end of the day, the proposal they put forth definitely falls short of the 2012 standards,” Dave Cooke, a senior vehicles analyst with the Union of Concerned Scientists, said in a phone interview. It also doesn’t meet the trajectory needed to achieve Biden’s goal for half of all vehicles sold to be electric models by 2030, Cooke said.

Cooke’s modeling suggests the EPA proposal would yield about 30% fewer emissions reductions over the lifetime of the affected vehicles than would have been achieved under the 2012, Obama-era requirements.