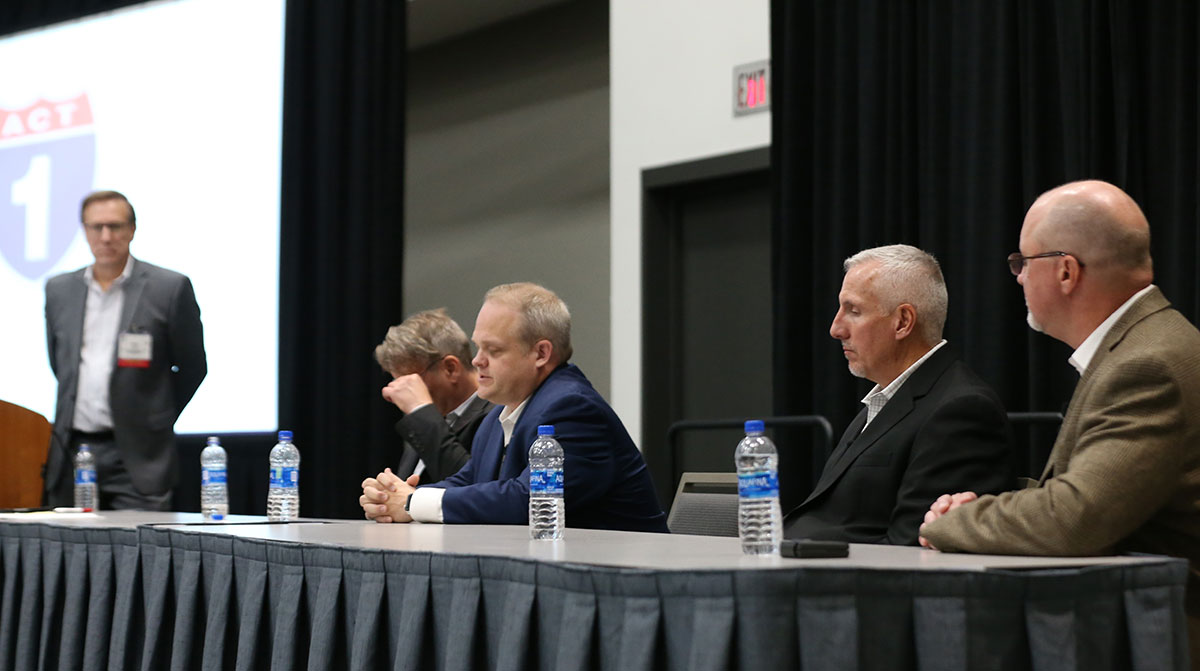 Passed and proposed rules from the U.S. Environmental Protection Agency and California’s Air Resources Board will require further reductions in nitrogen oxide and greenhouse gas emissions that could force significant changes to diesel engines.

Meanwhile, CARB’s finalized Advanced Clean Trucks rule and proposed Advanced Clean Fleets rule would require increasing sales and deployments of zero-emission trucks in California and other states that opt in to those standards in the years ahead.

Trucking and manufacturing executives discussed how the industry can prepare for this time of transition during an Oct. 23 panel discussion at American Trucking Associations’ Management Conference & Exhibition.

ATA’s Glen Kenzie cites a spike in new environmental regulations and zero-emissions technologies in trucking. “We are truly at an inflection point in our industry today.” ⁦@TRUCKINGdotORG⁩ #ATAmce22 pic.twitter.com/mJMxlSATTJ — Seth Clevenger (@SethClevenger) October 23, 2022

“We are truly at an inflection point in our industry today,” said Glen Kedzie, ATA’s vice president and energy and environmental counsel. “Forthcoming EPA and CARB NOx engine emission standards and truck greenhouse gas and fuel efficiency standards, the march toward zero-emission vehicles and likely future internal combustion engine bans have created a new road map unlike anything we have ever seen in our industry.”

EPA and CARB have adopted, or will soon adopt, more environmental regulations within a 10-year window than in the prior 30 years, Kedzie said.

“It’s going to require new technology, new hardware, new software in order to comply,” he said. “There’s no doubt about that.”

Spears did not specify what technology pathways Cummins and other engine makers ultimately might pursue to meet tightening emissions standards, but he did refer to a demonstration at Southwest Research Institute that involved a heavily modified Cummins X15 engine that incorporated cylinder deactivation and a second selective catalytic reduction system.

“Those are the types of hardware changes that might be coming your way in the 2027 time frame, but there are other technologies out there as well,” he said.

At the same time, increasingly stringent greenhouse gas and fuel efficiency standards for commercial trucks in 2024 and 2027 will bring about changes in vehicle design. 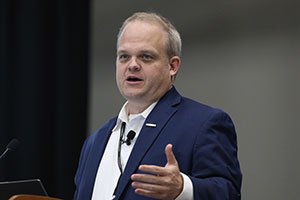 “You should expect OEMs to work a lot with aerodynamic packages,” said Johan Agebrand, director of product marketing at Volvo Trucks North America.

Other strategies to conserve fuel include engine downspeeding, in which the engine runs at lower revolutions per minute, as well as more efficient tires and a further shift toward automated transmissions, Agebrand said.

In the very near term, that proposed regulation includes a measure that would restrict fleets from deploying any new, non-zero emission vehicles in drayage operations in California starting Jan. 1, 2024. But establishing an electric fleet and the charging infrastructure to support it involves a great deal of time and complexity, Hall said. 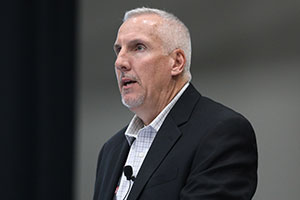 As an example, he pointed to a large operations facility that C.R. England leases in Southern California. Since that facility is leased rather than owned, the company must coordinate with its landlord to install charging infrastructure.

“From a tractor availability standpoint, there’s going to be a lot of demand,” Hall said. “I would encourage folks to start talking to your OEMs quickly.”

Regulations that accelerate the adoption of electric trucks also will have ripple effects across the equipment market, including the resale values of noncompliant vehicles.

“A diesel daycab is not going to hold the same value after these EV regulations are in,” he said.

C.R. England, based in Salt Lake City, ranks No. 29 on the Transport Topics Top 100 list of the largest for-hire carriers in North America. 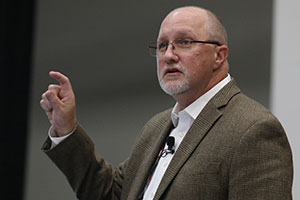 “You need to start planning ahead. This is going to be coming at us fast," Covenant's Dan Porterfield says.

“You need to start planning ahead,” he said. “This is going to be coming at us fast.”

Porterfield highlighted several challenges based on Covenant’s experience with zero-emission vehicles in its fleet.

In addition to the limited range and increased weight of battery-electric trucks, these vehicles also are very expensive compared with their diesel counterparts, he said. “Our experience is 2.5 to 3 times the price of a diesel tractor.”

He pointed to charging infrastructure as another “major headwind.”

Despite those obstacles, drivers have been quick to embrace the technology, Porterfield said. “As you start running these things, the drivers love them. They absolutely love them. It is such a better environment for them.”

Power and torque are no longer an issue with electric trucks, and the vehicles also provide driver comfort benefits, he added. “The ride is significantly quieter. It’s smoother. It’s less stressful.”

Electric trucks tend to attract a lot of positive attention as well.

“We have drivers reporting back that every time they stop, someone wants to get a selfie with the truck, so they’re loving it,” Porterfield said.

Meanwhile, shipper customers see electric trucks as an opportunity to make progress toward their environmental sustainability goals, he said. In some cases, shippers are willing to invest their own money to support fleet electrification efforts.

Chattanooga, Tenn.-based Covenant ranks No. 40 on the for-hire TT100.