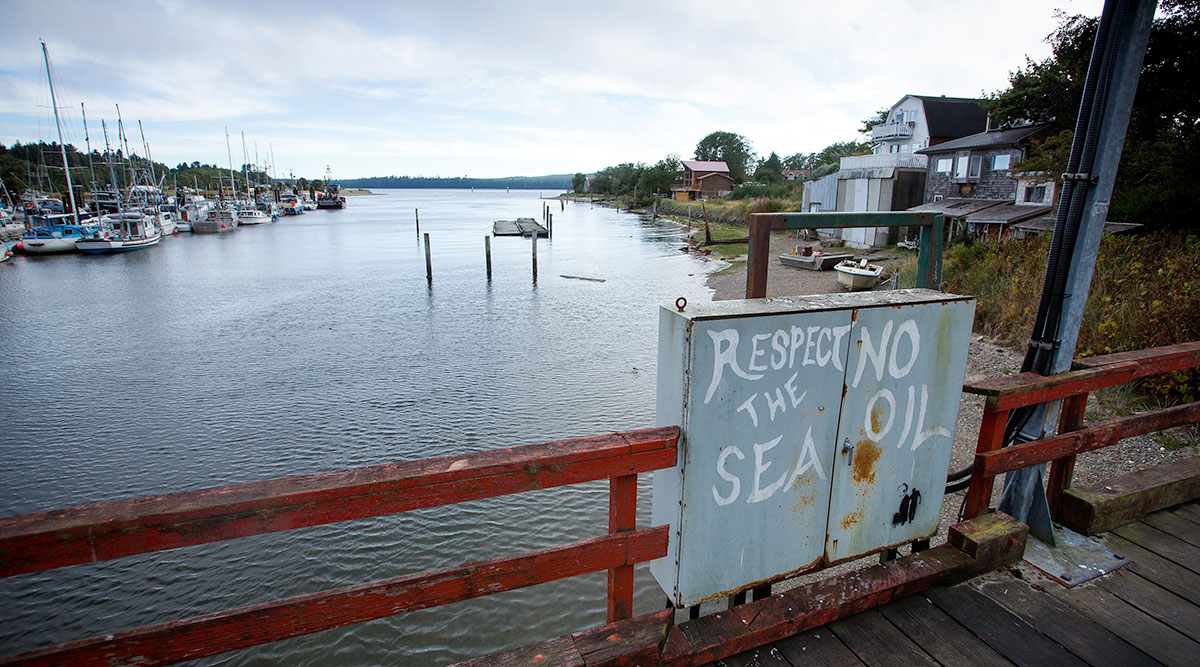 Graffiti reading "Respect The Sea, No Oil" is seen on a bridge in Massett, British Columbia, Canada. (Ben Nelms/Bloomberg News)

Enbridge Inc.’s plan to contract space on its Mainline oil pipeline system is drawing the ire of producers who argue the new system will give too much power to Midwest refiners.

ConocoPhillips and Canadian Natural Resources Ltd. are the latest companies to object to Enbridge’s proposal that would have shippers sign long-term commitments on the country’s largest crude export pipeline. The plan, which would only apply to Canadian segments of the system, would create uncertainty for oil-sands producers who use the Mainline to access other pipelines downstream, the companies said.

At the same time, it could lend an advantage to some of the largest refiners in the U.S. Midwest, such as BP and Exxon Mobil Corp., which source crude on the Mainline, according to Mike Walls, an analyst at Genscape Inc.

“Producers are concerned that if a relative few large refiners in the U.S. control a large portion of the mainline space, their access to customers will be limited as well as their ability to get to more diverse markets like the Gulf Coast,” Walls said in an email. “They would have less spot capacity and in the end would have to sell to the owners of the committed capacity.” 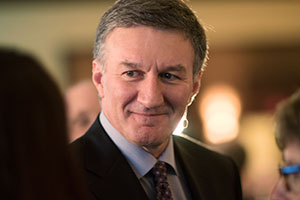 Enbridge wants to reserve as much as 90% of space on the Mainline to companies with multiyear contracts, charging them whether they ship oil on the line or not. The current common carrier system allows shippers to nominate the amount they want to ship each month and space is rationed when volumes exceed capacity.

The 2.8 million barrel-a-day system has seen heavy rationing over the past year and a half as surging production has run into nationwide pipeline bottlenecks. Enbridge is currently holding an open season to sign up shippers and seeks to start sending contracted volumes down the line in 2021.

“The offering that we’ve got in that open season is responding to the needs of our customers and is supported by shippers representing the majority of the volume on our system,” Guy Jarvis, Enbridge’s executive vice president for liquids pipelines, said by phone. “The nature of trying to create one offering for the needs of 40 to 50 customers is that it doesn’t really create a scenario where everybody can have everything they want.”

In its objection Aug. 27, Canadian Natural argued that the proposed change comes at an inopportune time, with takeaway capacity out of western Canada severely constrained. The plan also disadvantages nonintegrated producers in favor of “shippers who can supply their own downstream” facilities, company President Tim McKay said in a letter.