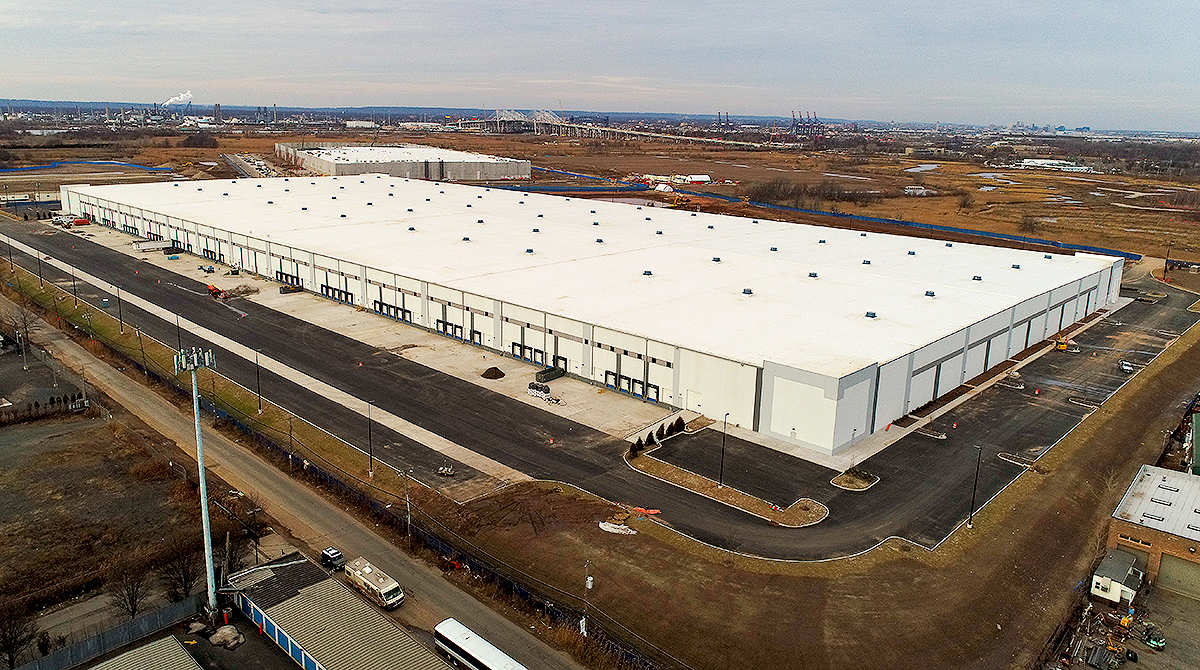 A committee of employees at Amazon.com’s recently opened Staten Island fulfillment center is going public with a unionization campaign, a fresh challenge to the e-commerce giant in a city where it plans to build a major new campus.

Labor unrest is the latest complication in Amazon’s plan to invest $2.5 billion and hire 25,000 people in the city over the next 15 years. Several New York City politicians who were shut out of negotiations handled by the governor and mayor have raised objections to a new office park in Queens that threatens to overload mass transit and drive up rents in an already expensive housing market.

Now workers in another borough are saying the company treats them like robots and should be focused on improving conditions there rather than raking in tax breaks to build a new headquarters.

The union they’re working with sees the up to $3 billion in incentives offered to bring an Amazon office campus to Long Island City as leverage to prevent the company from retaliating against them for organizing.

Employees backing the union effort said in interviews Dec. 11 that the issues at the warehouse include safety concerns, inadequate pay and 12-hour shifts with insufficient breaks and unreasonable hourly quotas, after which they lose more of their day waiting unpaid in long lines for security checks.

A handful of pro-union Amazon employees joined community activists and elected officials at a City Hall press conference Dec. 12 prior to a City Council hearing about the proposed major office development in Queens. There, New York City Comptroller Scott Stringer denounced the government’s “bad deal” with Amazon, asking, “What do the people get, and what are the workers going to get? Where is the labor agreement?”

Inside, a small group was threatened with being ejected from the council gallery when it chanted slogans and disrupted proceedings. 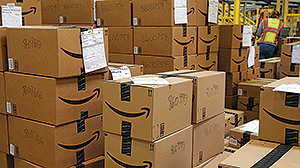 Brian Huseman, Amazon’s head of public policy, told City Council Speaker Corey Johnson, “We absolutely respect the right of any employee to join a union.” Another Amazon executive told the council the company expects to work with unionized construction crews on the Queens development.

James Patchett, president of NYC Economic Development Corp., voiced concern about “some of the reports that we’ve seen” but said his organization is excited that Amazon is bringing jobs to the city.

Amazon spokeswoman Rachael Lighty said in an e-mail that the company “follows all state employment laws,” including restricting employees’ hours to 60 at most per week. She said that during the extra-busy “peak” season, many employees welcome the opportunity to work extra hours at the overtime rate, which at the Staten Island facility is $26.25 to $34.50 an hour.

Not all Staten Island workers see it that way. Sharon Bleach said in an interview that she’s insulted by the company’s “power hours” in which employees are pressured to move extra fast in hopes of winning raffle tickets.

“Every day they’re changing the goal — the finish line is changed every day,” Bleach said.

Incentives are part of the company culture. “We want to make sure Peak is a fun time of year for associates who are working hard to fulfill customer orders,” Amazon said.

The company is slated to reap more than $1 billion in tax breaks and grants from New York as part of the Long Island City deal. Some lawmakers have said the state’s Public Authorities Control Board should reject the development unless the company makes stronger commitments in areas including infrastructure investment, housing affordability and worker rights.

Employees are working with the Retail, Wholesale and Department Store Union, or RWDSU, which also has backed organizing efforts at the Whole Foods grocery chain that Amazon acquired last year. Amazon’s workforce is union-free throughout the United States.

“There’s never been greater leverage — if taxpayers are giving Amazon $3 billion, then taxpayers have the right to demand that Amazon stop being a union-busting company,” RWDSU President Stuart Appelbaum said. “It’s incumbent upon the governor and the mayor to make sure that nothing happens to these workers who are standing up for their rights. If Amazon continues its union-busting activities in New York, they should call off the deal.”

RWDSU has been meeting workers in person and contacting them over social media since around the time the Staten Island facility opened. Appelbaum declined to discuss the specifics of how Amazon employees were seeking to obtain union recognition but said the company should “sit down with workers and their representatives” to discuss how to address their concerns.

Federal labor law restricts city and state governments’ ability to directly regulate union organizing and anti-union activities in the private sector. But the law allows local governments to mandate other employment rules such as higher pay or predictable schedules, and leaves some leeway for them to require “labor peace” when the government’s own funds are involved. 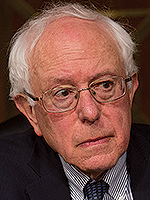 Amazon’s monthslong, continentwide search for a new campus site spurred cities to outdo each other in lavishing perks on the company, but it also fueled heightened scrutiny on how it treats employees. In October, Amazon announced it would institute a nationwide $15 minimum wage for its employees, though that change came with elimination of some bonuses and stock awards and didn’t extend to workers it classifies as independent contractors.

Some managers at Whole Foods were shown an Amazon training video highlighting strategies to detect and discourage organizing efforts. The senators said the video, which tells supervisors they may “need to talk about how having a union could hurt innovation, which could hurt customer obsession, which could ultimately threaten the building’s continued existence,” seemed to be telling them to make illegal threats.

The video said that unions could hinder the company’s ability to quickly make changes to operations in its warehouse network designed to speed the delivery of packages to customers.

“When we lose sight of those critical focus areas, we jeopardize everyone’s job security,” says a voice on the video belonging to a cartoonish avatar dressed as an Amazon warehouse manager.

A group of East African workers at an Amazon warehouse in Minnesota — with backing from the Service Employees International Union and a chapter of the Council on American-Islamic Relations — has been organizing around issues including Ramadan accommodations. They secured private meetings with management in recent months, an incremental but unusual development.

Last month, on Black Friday, one of the busiest online shopping days of the year, Amazon workers at fulfillment centers in Germany, Spain and France mounted strikes, and protests were held in Italy and the United Kingdom. Amazon said those European demonstrations didn’t disrupt its operations.

Successfully organizing Amazon in the United States could require millions of dollars and decades of time to accomplish, Hector Figueroa, president of SEIU’s East Coast property services affiliate, said in May. “By the time you end, it will not be Amazon — it will be something else that will be the new way that people buy things.”

— With assistance from Spencer Soper, Matt Day and Henry Goldman