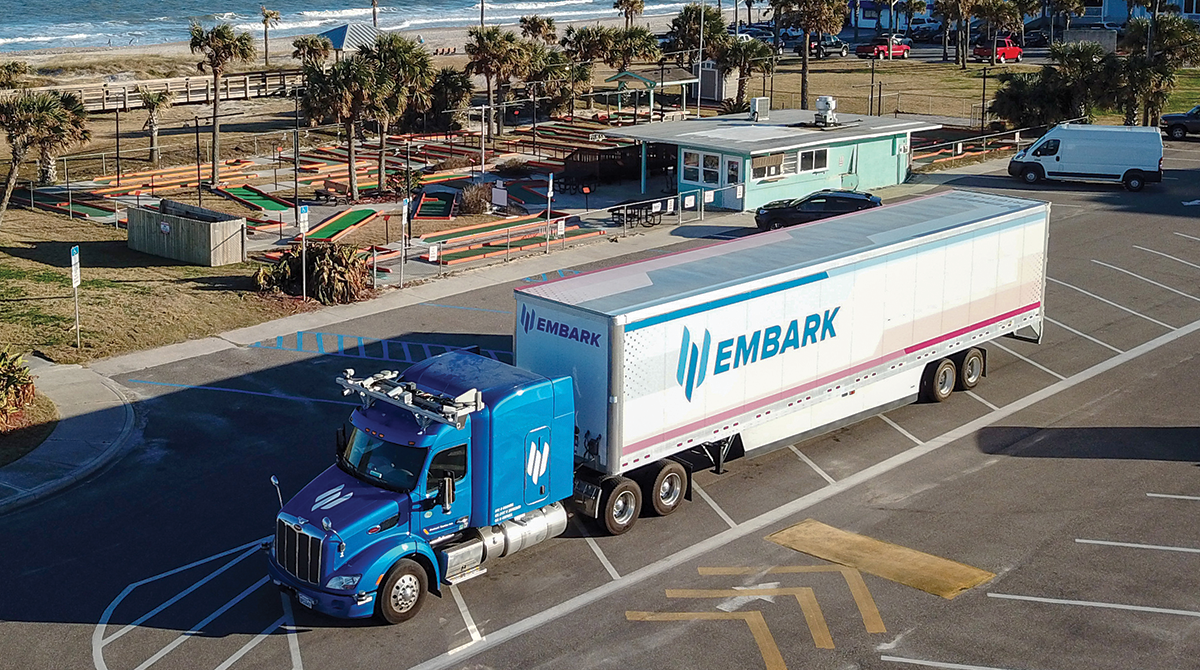 Embark’s truck arrives at the Atlantic Ocean in Jacksonville, Fla., at the conclusion of a coast-to-coast test run. (Embark)

Embark Technology Inc. saw its losses widen in the first quarter as the autonomous trucking technology company spent more of its capital on research and development.

The San Francisco-based company said its net loss widened 117% to $18.4 million compared with $8.5 million in the same quarter a year earlier. However, diluted losses per share narrowed to 4 cents from 18 cents.

Embark spent $18.7 million on research and development during Q1 compared with $6.2 million in the same period a year earlier.

As a startup, Embark does not yet have revenue. Embark doesn’t expect to have meaningful revenue until 2024, when it begins to commercialize its self-driving services and software.

It ended the quarter with $244.5 million in cash and cash equivalents. Analysts expect it to burn $125 million to $145 million of its cash this year.

In a May 10 conference call with industry analysts and investors, Embark executives said the cash is sufficient to get the company to the point where it will collect revenue.

“We have sufficient and ample runway to execute on our milestones,” said CFO Richard Hawwa, adding that the company has the flexibility to scale up and down to deal with cash needs.

CEO Alex Rodrigues said the company has achieved “a number of industry firsts” in recent months, including commencing 24-hour a day testing on Interstate 10 in Texas and demonstrating the ability of its Embark Driver technology to navigate snowy conditions successfully.

Expanding the settings in which an autonomous truck can operate is particularly important as Embark works toward the commercialization of its self-driving system, he said.

On-road testing in Montana and weather analysis showed that the Embark system worked safely in snowfall rates up to one-sixth inch per hour and with snow accumulation of 1 inch on the road over 3 hours, the company said.

“Those [are] conditions that cover the vast majority of snowy weather,” Rodrigues said.

The cornerstone of Embark’s self-driving system is what the company calls Vision Map System. It relies on sensors to understand road conditions rather than pre-loaded maps. Embark said it works better to adapt to changes in actual road environments. 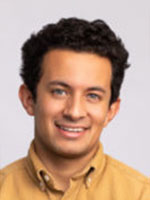 Embark is working with several partners to build out a transfer point system. Human drivers will be responsible for transporting freight over the first and last miles in and out of the highway-adjacent hubs. Autonomous trucks would then haul the freight over major trucking lanes between the transfer points.

The company said earlier in May that U.S. Xpress will add some of its terminals to Embark’s planned network. U.S. Xpress will start with two terminals in Sunbelt states that would create a high-volume lane for autonomous hauling, Rodrigues said.

Embark is working with Alterra, a real estate company, and Ryder to build its transfer point network. Alterra is identifying sites along major trucking routes that Ryder will operate as transfer points. Alterra is in the process of purchasing the first property, Rodrigues said.

Eventually, the network is set to extend from California in the west along the sunbelt through Arizona and Texas and across to Florida and North Carolina.

Embark’s strategy is to build a manufacturer-agnostic system that can be used in multiple truck brands. Carriers and shippers would pick the trucks brands they like for their fleets and would own and operate the vehicles, using Embark’s technology and network.

Embark is running several test programs and has 18 of its own trucks operating. Its initial partners also are running trucks with Embark technology.

In November, the San Francisco company became publicly traded after a merger with Northern Genesis Acquisition Corp 2. It trades under the EMBK ticker symbol. The company generally refers to itself as Embark Trucks.