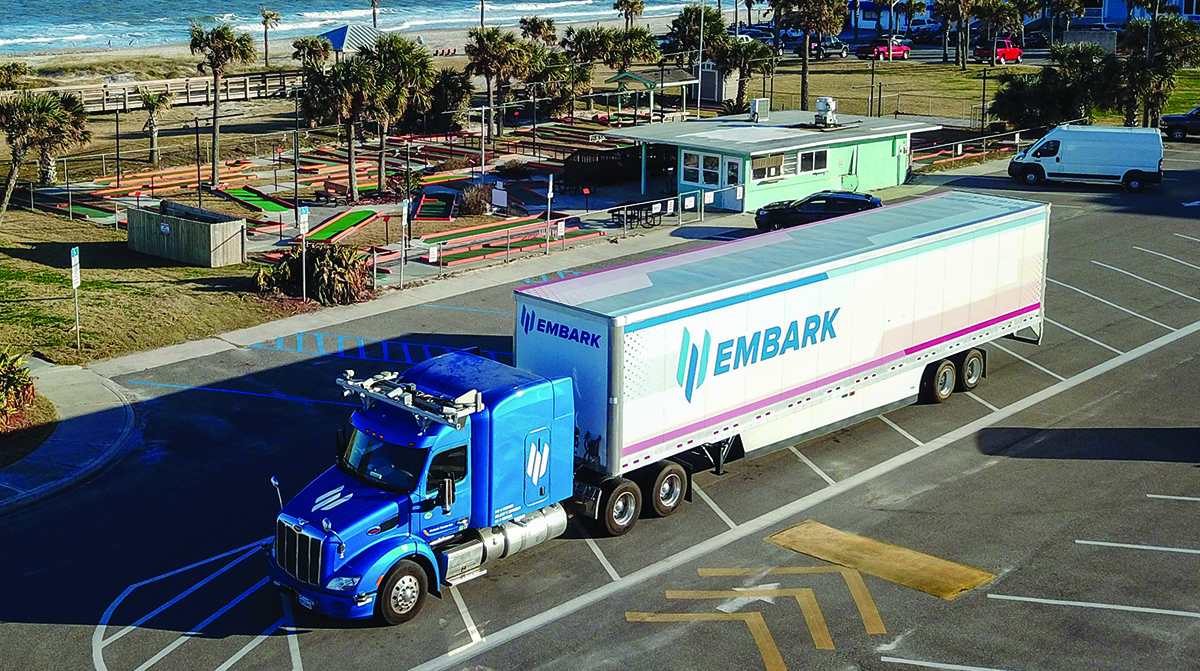 Embark's truck arrives at its Jacksonville, Fla., destination after completing its first coast-to-coast run that started in Los Angeles in 2018. (Embark)

“We expect to commercially deploy our technology beginning in 2024,” a company spokesman told Transport Topics. “These sites have been acquired and are ready for pilot operations. These initial sites were strategically selected for the initial launch, and we plan to continue adding additional sites as we scale our operations and expand the Embark coverage map.”

Today we announced the launch of the coast-to-coast backbone of the Embark Coverage Map, preparing key Sunbelt markets to be served by Embark fleet partners. What does this mean for our fleet partners? pic.twitter.com/OaFHwJESnK — Embark (@embarktrucks) November 1, 2022

By operating autonomously across the network, Embark noted its carrier partners should be able to deliver faster than is currently possible compared with traditional freight deliveries, due to its 24/7 operations — 41% of U.S. shipment miles in the expanded coverage map are on lanes that are longer than drivers can complete in a single shift due to hours-of-service regulations.

We are delivering on one of our key 2022 objectives by activating these key markets.

"Our carrier partners have a meaningful portion of their loads concentrated on a select set of lanes between major markets in the Sun Belt,” Embark CEO Alex Rodrigues said in a release. “We are delivering on one of our key 2022 objectives by activating these key markets as one cohesive network today, giving carrier partners the line of sight they need to plan their deployment of Embark-equipped trucks, improving the ecosystem’s ability to rapidly scale in 2024.”