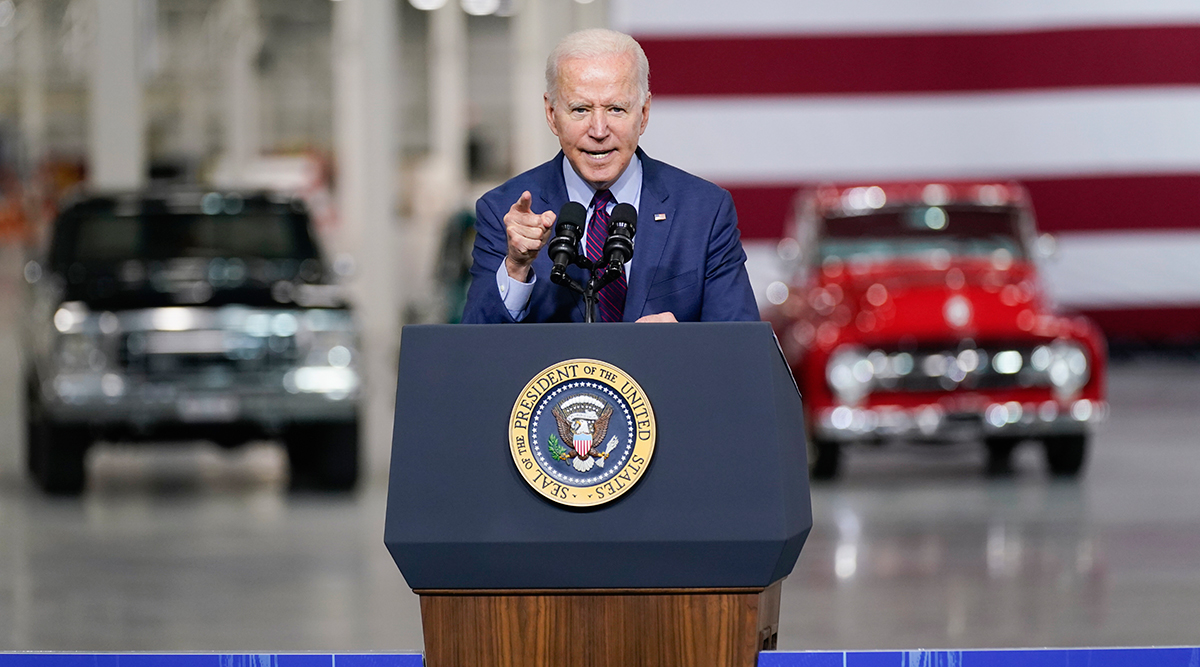 President Joe Biden speaks at the Ford Rouge EV Center in Dearborn, Mich., in May of 2021. (Evan Vucci/Associated Press)

Lawmakers who support the rival petroleum and ethanol industries have joined forces to oppose the Biden administration’s push to electrify the federal vehicle fleet, marking a rare moment of unity between oft-warring interests.

Fifty Republicans — including 17 from oil-rich Texas and 21 from the Corn Belt — warned President Joe Biden that his executive order requiring that the federal government purchase only zero-emission vehicles risks forfeiting climate progress and will make the U.S. dangerously dependent on China.

The effort reflects a public detente between warring oil and biofuel interests, which see electric vehicles as a common enemy. 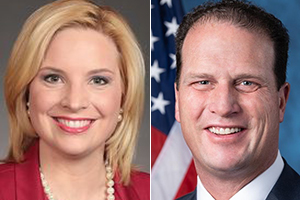 Because almost all critical minerals required to manufacture electric vehicles are sourced from China or countries where China is a significant investor and influence, “this executive order creates a dependency on foreign adversaries,” said the lawmakers in a letter released Jan. 24, spearheaded by Reps. Ashley Hinson (R-Iowa) and August Pfluger (R-Texas).

The EV-procurement mandate, the lawmakers say, also ignores the opportunity to immediately cut costs and emissions using high-octane liquid fuels, ethanol and renewable diesel. “Instead of signing orders that will be costly, may have a slight carbon emission reduction over 15 years away and bolster our greatest foreign adversary — China — you ought to be turning to the liquid fuel sector for real solutions,” they told Biden.

Biofuel and oil refiners have long been on the opposite sides of the federal Renewable Fuel Standard, a mandate that requires the alternatives such as corn-based ethanol be mixed into the nation’s gasoline and diesel. The effort could breed more collaboration on the future of that biofuel program, since the law doesn’t explicitly dictate biofuel-blending targets beyond 2022.