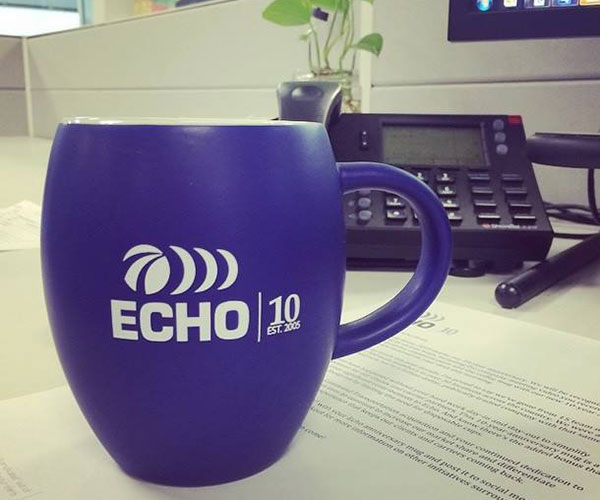 “This was an exciting quarter for Echo, as it marked the fastest organic revenue growth since 2010, while at the same time sequentially improving our gross margins,” Waggoner said in a statement Feb. 7.

Total revenue was $547.7 million in the fourth quarter of 2017, compared with $406.9 million in the same period a year ago and well ahead of Wall Street estimates of $484.5 million as the company capitalized on a tight freight market and rising rates to broker more loads for shippers.

The company posted net income of $13.3 million, or 48 cents a share, in the quarter, which included $8.9 million in tax benefits due to passage of the Tax Cuts and Jobs Act. Earnings before interest, taxes and depreciation, a key measure of profitability, more than doubled to $21 million in the quarter from $9.1 million in 2016.

We believe we are well-positioned to continue our strong growth and market share gains again in 2018.

Dave Menzel, president and chief operating officer, said the company “is firing on all cylinders” and expects to see continued growth in the first quarter of 2018.

The company is also reaping benefits from its acquisition of a rival brokerage firm Command Transportation in 2015, according to Waggoner.

The acquisition greatly boosted Echo’s access to spot market truck capacity and reduced costs by more than $100 million. The expanded freight brokerage business combined with Echo’s use of proprietary technology to manage transportation services for shippers is a “powerful engine for continued growth,” Waggoner said in comments to investment analysts following the earnings release.

“Echo’s deep carrier relationships and consistent access to capacity make us a broker of choice for shippers, and this is reflected in our results,” Waggoner said. “We believe we are well-positioned to continue our strong growth and market share gains again in 2018.”

Kyle Sauers, chief financial officer of Echo, said the company expects revenue in 2018 to be in the range of $2.1 billion to $2.3 billion.

Echo ranks No. 39 on the Transport Topics Top 50 list of largest logistics companies in North America.