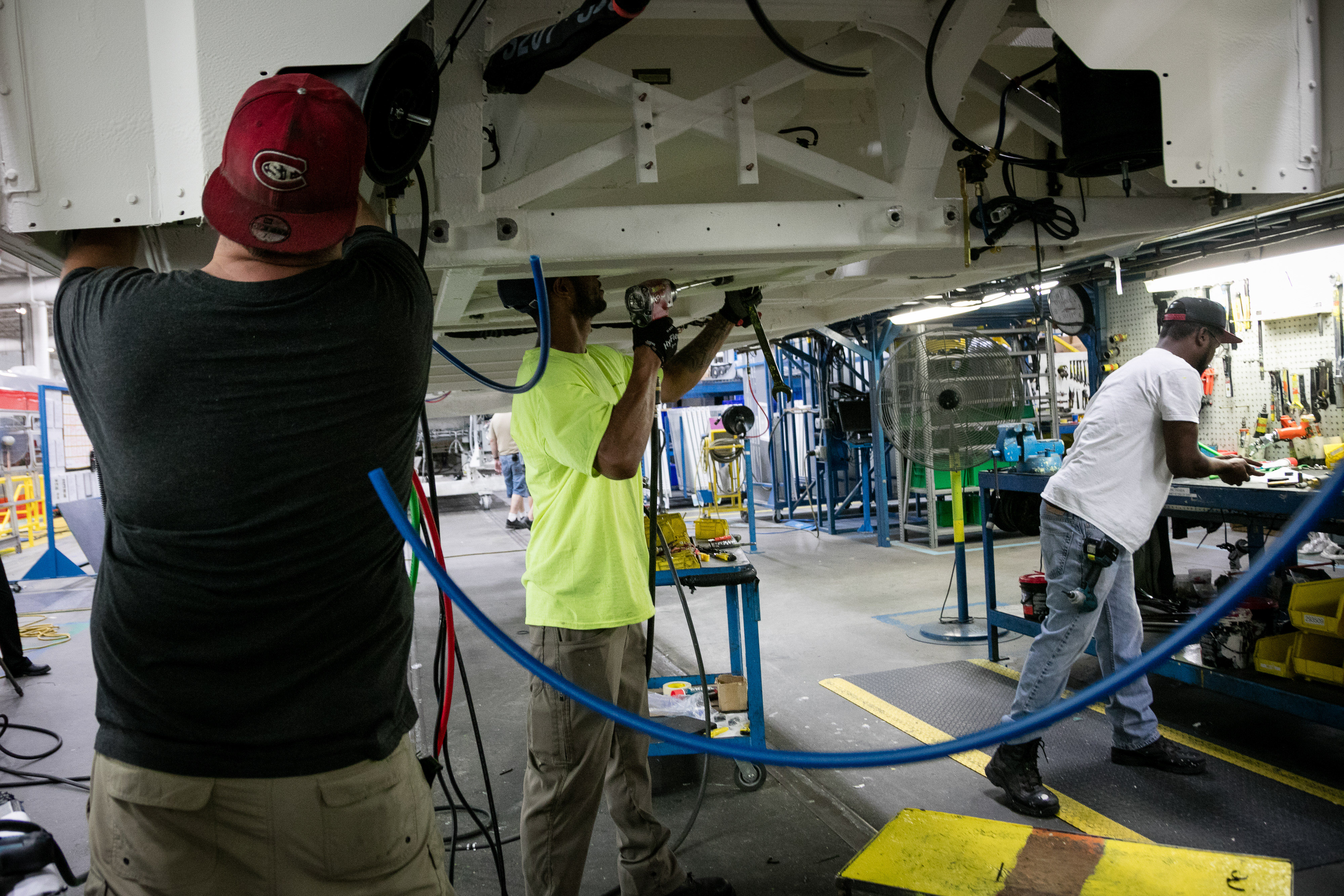 WASHINGTON — Orders to U.S. factories for big-ticket manufactured goods fell by the largest amount in 15 months with a key category that tracks business investment showing weakness for the third consecutive month.

The Commerce Department said Nov. 21 that orders for durable goods dropped 4.4% last month. The October drop was led by a huge decline in the volatile areas of commercial and military aircraft.

A category that serves as a proxy for business investment was flat in October after declines in August and September. The slowdown has raised the specter that a widening trade war between the United States and China is causing U.S. companies to grow more cautious about committing resources to expand and modernize their operations.

The overall economy, as measured by the gross domestic product, grew at a 3.5% annual rate in the July-September quarter, but this gain came despite business investment spending that slowed in the third quarter, to an annual rate of just 0.8%, the weakest showing in nearly two years, after an 8.7% surge in the second quarter. 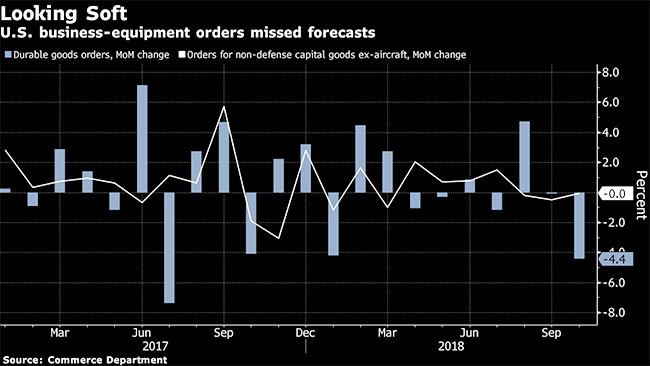 In addition to the possible adverse effects from the U.S.-China trade war, economists said the investment slowdown could be an indication that the boost to investment spending stemming from the tax cut President Donald Trump pushed through Congress last year is beginning to wane.

The report on durable goods, items expected to last at least three years, showed that Octobers drop was the biggest setback since a 7.4% fall in July 2017.

Excluding the volatile transportation sector, orders would have posted just a 0.1% gain after a 0.6% drop in September.

In transportation, orders were down 12.2%, with demand for autos and auto parts edging up 0.2% while orders for commercial aircraft fell 21.4% and orders for military aircraft dropped 59.3%.

Orders for primary metals such as steel dropped 2.3%, while demand for computers and related products rose 1%.

In a separate report, the Labor Department said that new applications for unemployment benefits rose for a second week, up by 3,000 to a still-low 224,000. Benefit applications, which are a proxy for layoffs, have been at ultra-low levels for an extended period, reflecting the nation’s unemployment rate has fallen to the lowest level in nearly five decades.