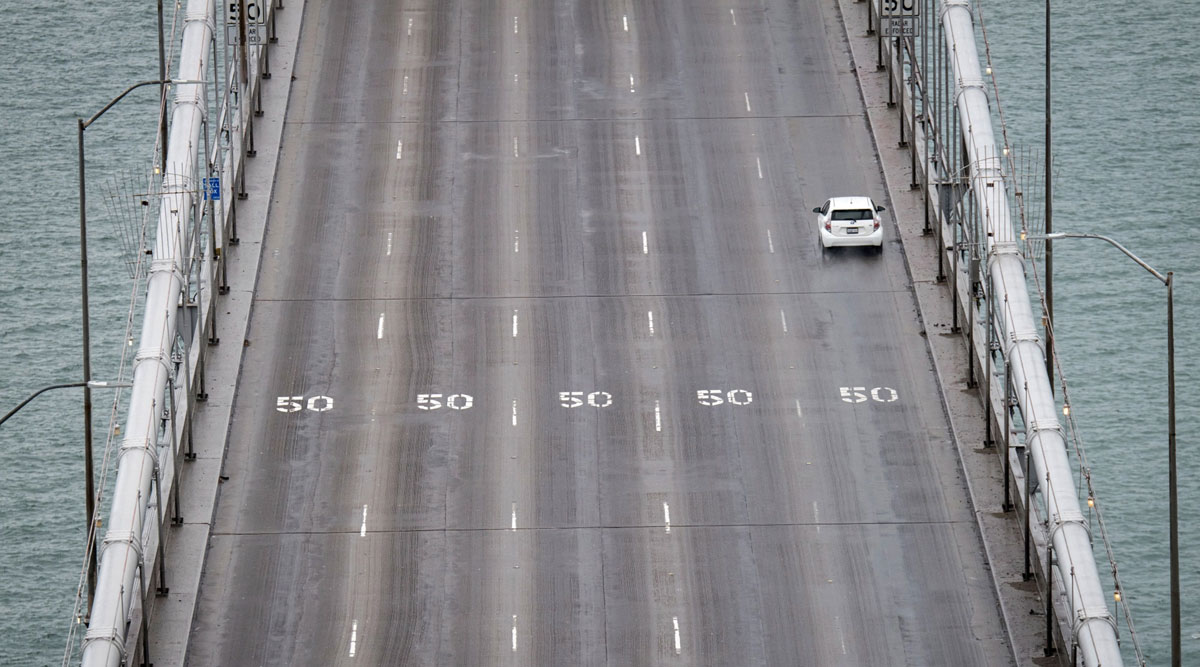 Memorial Day weekend, the typical start of the U.S. summer driving season, has come and gone. Data on just how much driving Americans did is trickling in, and it’s a bit noisy. Apple mobility trends show searches for directions down only 4% from baseline, but gasoline consumption was 25% to 35% off the numbers from a year earlier. Not only are we far from the old normal in road transport, it seems we’re still quite far from establishing what the new normal will be.

Notably, fatalities decreased not just for drivers (down 3% from 2018), but also for passengers (down 4%), motorcyclists (down 1%), “pedalcyclists” (down 3%) and pedestrians (down 2%). That last figure, in particular, is one of the rare decreases in pedestrian fatalities since 2009, and a welcome contrast to the more than 50% increase in the past decade.

Traffic fatalities followed a rather different pattern, rising slightly up to 2005 before dropping significantly during the financial crisis. Fatalities began to pick up as road traffic increased, but with a more significant rate of growth. Now, the two have diverged: vehicle miles (at least through 2019) were up and up, while fatalities decreased three years in a row.

The relative safety of American motor vehicle activity as a measure of fatalities per 100 million miles driven isn’t quite its all-time best, but it’s not far off. Driving is significantly safer than it was even 25 years ago.

The coronavirus pandemic, needless to say, could change these patterns up significantly. Miles driven for 2020 will almost certainly be less than last year, though just how much less is highly contingent on the state of the pandemic in coming months. With many highways now largely deserted, there’s also been a surge in high-speed driving, which has led to an uptick in fatalities. As a Minnesota state transport official said, “We have had half the traffic and twice as many fatalities” — hardly a desirable outcome from shutdowns. 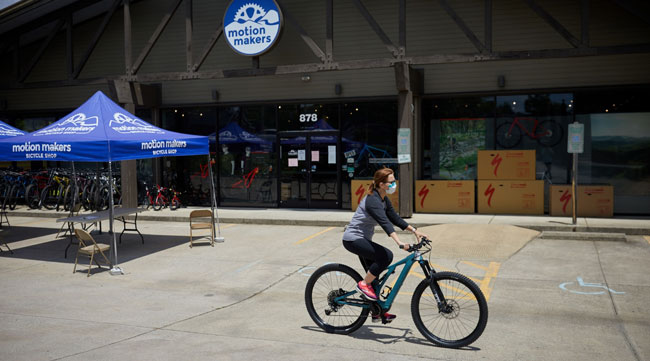 A customer takes an electric bike for a test ride outside Motion Makers Bicycle Shop in Asheville, N.C., on May 14. (Logan Cyrus/Bloomberg News)

At the same time many city streets are being reconfigured for two-wheeled transport, and bicycle sales are soaring. Increasingly sleek electric bicycle models could replace the second car, or even the family hauler. Reilly Brennan, a venture capital investor, recently wrote in his Future of Transportation newsletter about the new electric cargo bike from Seattle-based manufacturer RadPower, calling it “the F-150 of micromobility.” It’s an intriguing comparison, given that the Ford pickup truck has been the best-selling vehicle in the U.S. for decades and has now comes in multiple versions for work and play.

If enough electric cargo bikes hit the road, they might also achieve something that the Ford pickup did: shape expectations of what sort of vehicle is suited for which job. Let’s hope that the trend of motor traffic safety continues to increase as our streets become increasingly filled with the pickup’s two-wheel electric analogue.