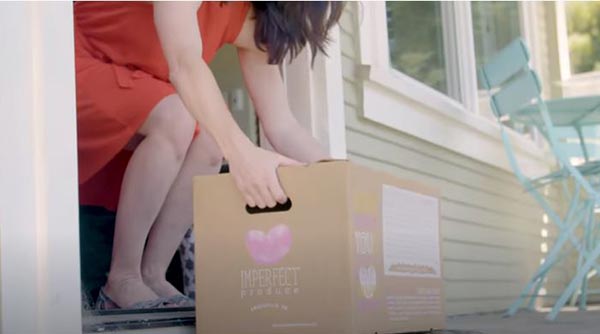 Drivers at grocery delivery startup Imperfect Foods Inc. have voted to unionize, an apparent victory for organized labor as it steps up efforts to make inroads into California’s fast-growing startups. The company said it would challenge the results.

A group of Northern California Imperfect employees voted in favor of joining the United Food & Commercial Workers international union during a three-week election conducted by the U.S. National Labor Relations Board, which would establish organized labor’s first foothold at the growing company. Ballots were cast by mail and counted April 14 by the agency. The union would represent about 80 employees.

Imperfect Foods said in an emailed statement April 16 that it “believes that the results were materially impacted by the inability of certain drivers to timely obtain ballots. Because of this possible hindrance in the voting process, the company intends to challenge the results of the election.”

The vote was a narrow victory — 28 in favor of unionizing versus 23 against. The company said it wants to “ensure all voices are heard and will continue to provide its drivers the competitive benefits, wages and supportive working environment they deserve.”

The union “believes in the integrity of the results of the election” and is looking forward to collectively bargaining, said Jim Araby, strategic campaigns director for the Bay Area-based UFCW local that organized the workers.

Imperfect, which operates as a subscription service, appeals to environmentally conscious consumers by advertising that its business model reduces food waste by using produce and groceries that would otherwise be thrown out.

“This company is still growing,” said employee Chris Jasinski. “We frankly just want to make sure that we’re growing with it and that our needs and our agency isn’t left behind in the name of shareholder value.”

Workers started organizing last summer in hopes of addressing steep health care costs and safety concerns that stem from delivering as many as 120 heavy produce boxes per shift, according to employees.

Labor activism at startups has risen in profile in recent years as labor groups fight for a foothold amid an explosion of startups, from Uber Technologies Inc. to DoorDash Inc., that’s reshaping the American workplace. A contentious vote at an Amazon.com Inc. warehouse in Alabama resulted in a victory this month for the Seattle-based e-commerce giant and was watched worldwide.

Imperfect is part of a group of rapidly growing companies that is changing how Americans shop for groceries. The company announced a $95 million fundraising round in January, bringing its valuation to more than $700 million. It reported a revenue run rate of more than $500 million at the end of 2020, suggesting annual sales at that level if it can sustain that performance. At the time, it had more than 1,600 employees, CEO Philip Behn told Bloomberg, with plans to hire more in 2021.

Imperfect’s drivers were eligible to unionize because, unlike some competitors, the company classifies them as employees covered by federal workplace protections, rather than as independent contractors exempt from them.