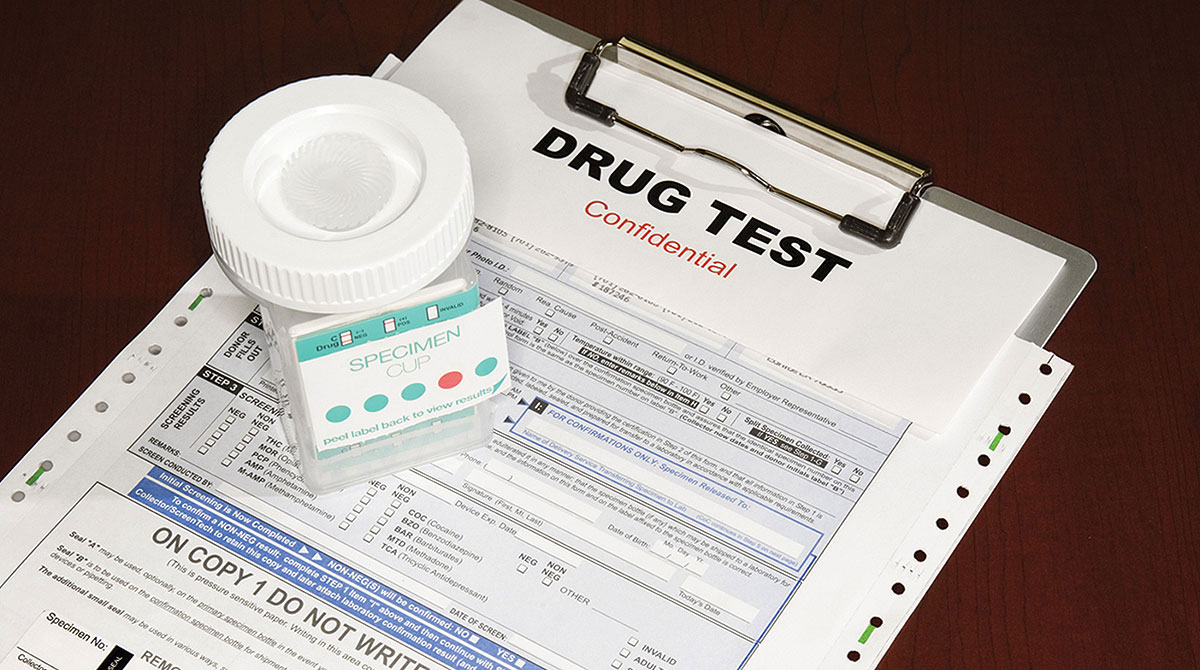 The rate of positive truck driver drug tests recorded in the Drug & Alcohol Clearinghouse in the first three months of this year remains on pace with last year’s, and the number of drivers who have yet to enroll in return-to-duty programs remains persistently low.

The overwhelming majority of the positive tests were for marijuana, followed by cocaine, and then roughly equal numbers of methamphetamine and amphetamine.

Positive drug tests account for 81% of the total violations reported, according to the Federal Motor Carrier Safety Administration.

Marijuana positive drug tests represented nearly 58% of all positive drug tests since the agency’s Clearinghouse went into effect in January 2020. Officials have said that apparently some truck drivers have yet to realize they are not permitted to use marijuana at all, despite an increasing number of states that have made it legal for either medical or recreational use.

Drivers who fail their drug tests must enroll in a return-to-work program, and pass a drug test before they are permitted to get back behind the wheel.

Of 64,846 drivers with violations as of April 1, only 10,609 have passed a return-to-duty drug test, according to the April 1 FMCSA Clearinghouse report. A total of 54,237 drivers remain on prohibited status, and 41,029 have not yet started the return-to-work process.

Those numbers have raised some concerns in the industry that a significant number of drivers who have failed their drug tests may plan to leave the profession, which could exacerbate the truck driver shortage.

“While some drivers may leave the industry after a drug or alcohol violation, we can’t assume that just because a driver has not completed the return-to-duty process that they have left the industry for good,” said Dan Horvath, vice president of safety policy for American Trucking Associations. “For instance, the RTD process for some drivers may take longer to complete than for others as it is tailored to each driver. We are hopeful to see the number of violations go down, and the number of drivers in an eligible status to go up.”

“Whenever you disqualify nearly 4,000 drivers, like we saw last month, the driver shortage can be exacerbated,” said P. Sean Garney, vice president at Scopelitis Transportation Consulting. “I can say that the percentage of drivers in prohibited status continues to fall while those who have returned to work following a negative return-to-duty test continues to rise. About 16% of drivers disqualified in the Clearinghouse have completed the first stage of the return-to-duty process, which is a far cry from the paltry 6% when data was first released a year ago.”

Garney added that one hidden challenge is for drivers who are terminated because of a failed drug test that is ultimately uploaded into the Clearinghouse. Because the rule requires an employer to sponsor a driver’s return-to-duty process and report negative follow-up tests, terminated drivers could be stuck in a Catch-22 and may exit the industry as a result, he said.

FMCSA Spokesman Duane DeBruyne emphasized the fact that the congressionally mandated Clearinghouse did not change the federal drug and alcohol testing regulations, or the required percentage of drivers tested. He added that before the establishment of the Clearinghouse, the identical number of drivers would still have been prohibited from operating — until they had successfully completed the statutorily required return-to-duty process overseen by a substance abuse professional.

“The only difference now is the degree of difficulty for prohibited drivers to circumvent the system,” DeBruyne said.