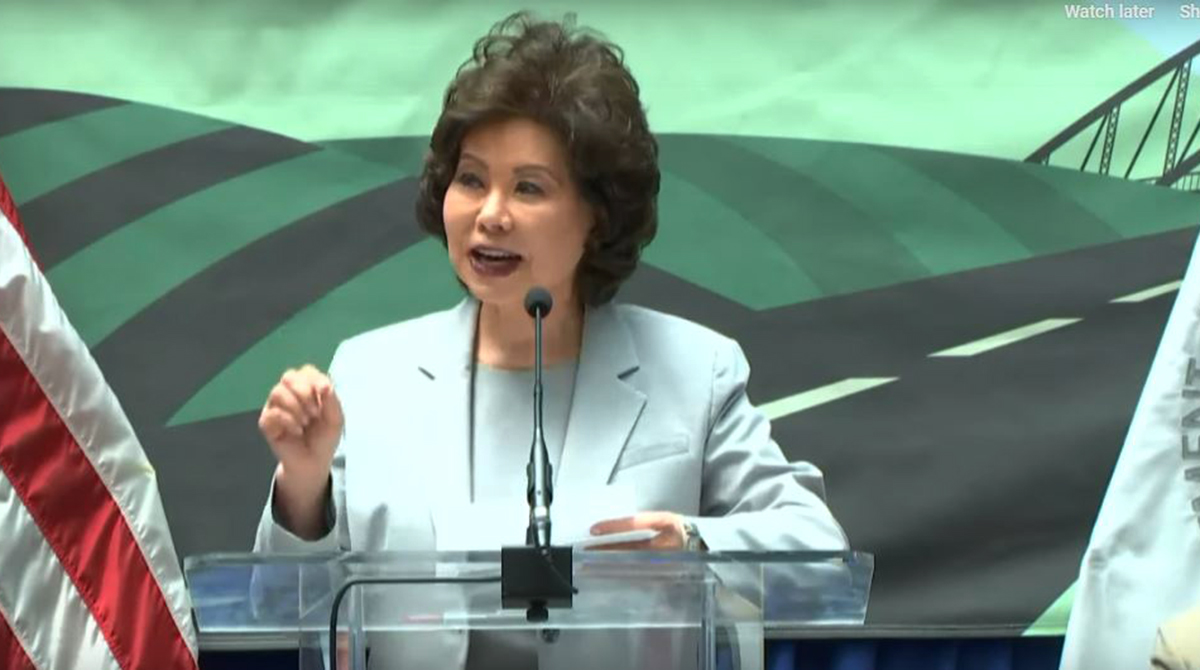 The U.S. Department of Transportation has chosen the recipients of the Infrastructure For Rebuilding America grants that support highway and bridge projects nationwide.

.@SecElaineChao, “We are gathered together to announce almost $856 million in proposed Infrastructure for Rebuilding America, or INFRA grants.”

Chao said during a ceremony with elected officials, stakeholders and other special guests that the grants demonstrate the administration’s goals of improving safety and spurring economic growth.

“That means more jobs and more opportunities, as well as an improved quality of life for all Americans,” Chao said at the ceremony at DOT July 25.

Arizona won a $90 million INFRA grant that will contribute to a $320 million project to add lanes along a 23-mile stretch of Interstate 17 north of Phoenix. The project is scheduled for completion in 2023.

BIG NEWS: Arizona just won a $90 million federal grant to widen I-17 north of Phoenix! My thanks to @ArizonaDOT and all of our regional and federal partners for their hard work and advocacy on behalf of Arizona #ThingsThatMatterAZ https://t.co/RrTwuzKimt — Doug Ducey (@dougducey) July 22, 2019

Alabama received two INFRA grants. One, for $125 million, will help with the I-10 Mobile River Bridge and Bayway project, which calls for the construction of a bridge to alleviate traffic in the area. The other is for $6.8 million to the city of Tuscaloosa to replace an aging overpass bridge.

Rhode Island received a $60 million grant to upgrade the northbound viaduct that carries I-95 through Providence. Rhode Island DOT plans to add lanes and create better separation for entering and exiting vehicles.

“Without this infusion of federal funding, RIDOT would only have been able to replace the existing structure as is. This federal funding will enable RIDOT to make lasting improvements and upgrades that will carry us into the next century,” Sen. Jack Reed said. “Beside fixing what is literally crumbling infrastructure, this project will resolve the capacity challenges and design limitations that make driving on the viaduct a white-knuckle experience for many drivers.”

Maryland received a $125 million grant to reconstruct the Howard Street Tunnel, a freight train route in Baltimore that currently has height restrictions for railcars. This project will raise the vertical clearance of the tunnel, allowing trains to double-stack shipping containers. 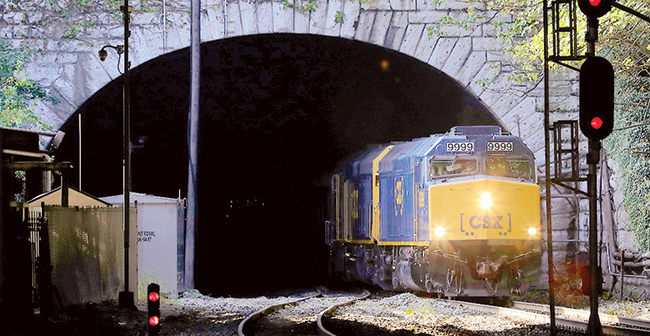 A train in the Howard Street Tunnel (Patrick Semansky/Associated Press)

“For years, our administration has pursued funding for this critical project and, after a number of roadblocks, we are finally able to move forward on reconstruction,” Gov. Larry Hogan said. “This grant will help us to break a coast-wide bottleneck, further bolstering our economic success at the Port of Baltimore and across the state.”

INFRA grants were created in the Fixing America’s Surface Transportation Act of 2015. Under this act, DOT must notify congressional authorizing committees of the proposed projects selected under the grant program. The list of selected projects will remain with these committees for a 60-day review before the awards are finalized.

In the report, released July 18, GAO said Congress should consider requiring DOT to develop transparency measures for the review and selection process.