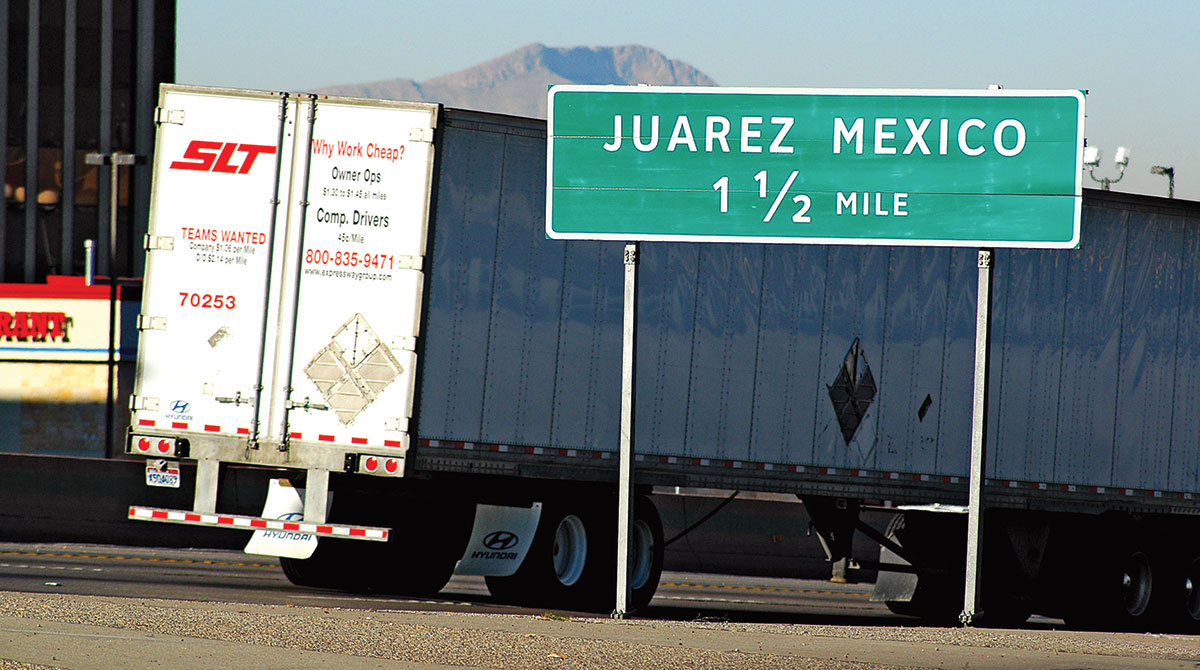 Traffic on I-10 through downtown El Paso heading toward the border crossing at Juarez. Preliminary work to create a key logistics hub and trade port at New Mexico’s border near that site will benefit from a $1.1 million grant. (Tom Biery/Trans Pixs)

Regional infrastructure projects in California, Ohio, New Mexico, New York and Texas are getting a $4.8 million boost from U.S. Department of Transportation grants to speed up planning and preliminary design and engineering.

“The new awards expand our geographic reach and increase the diversity of projects in the pipeline,” said Morteza Farajian, bureau executive director. “We look forward to building on this program even more later this year with another round of available funding.”

In California, the Metropolitan Planning Commission in San Francisco will receive $1.5 million to help with a plan to address congestion, rising sea levels, flooding, rail and other transportation issues along a 20-mile stretch of State Route 37. Hugging the north shore of San Pablo Bay, the roadway is an important regional connection linking U.S. 101 in Novato to Interstate 80 in Vallejo. 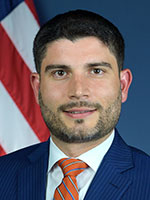 Another recipient is Dona Ana County, N.M. Preliminary work to create a key logistics hub and trade port at New Mexico’s border near Texas and Mexico will benefit from a $1.1 million grant to the county. The site is located directly at the U.S.-Mexico border with a commercial border crossing into the Ciudad Juarez region within its boundaries.

“The county looks forward to working with the federal government as we develop what the future of an intermodal center can be,” said Fernando Macias, county manager.

“This latest announcement marks several wins for projects underway at the industrial park such as the grade separation of Industrial Avenue and the state’s commitment to expanding capacity” out of Santa Teresa port of entry, Macias noted.

“It’s a prime location, which is why this is such a great opportunity,” Skipper said. “Trade can be done via highway, airport, rail and through the [U.S.] port of entry because of the proximity to Mexico. We are seeing opportunities opening up where we are having different companies want to come in and have a presence.”

In March, the El Paso Metropolitan Planning Organization backed the project’s worthiness in a letter to Transportation Secretary Pete Buttigieg. It noted that Dona Ana County’s TradePort along I-10 also would be an important transcontinental highway-rail corridor link to the Port of Los Angeles.

It noted that the 30,000-acre facility will be a quadrimodal project featuring a high-efficiency, streamlined national logistics system with purpose-built logistics assets to connect highway, rail, ocean and air transportation.

Suffolk County, N.Y., will receive $1 million in federal funds for the Midway Crossing project to build a multimodal transportation hub (including air and rail connections) in a mixed-use commercial development.