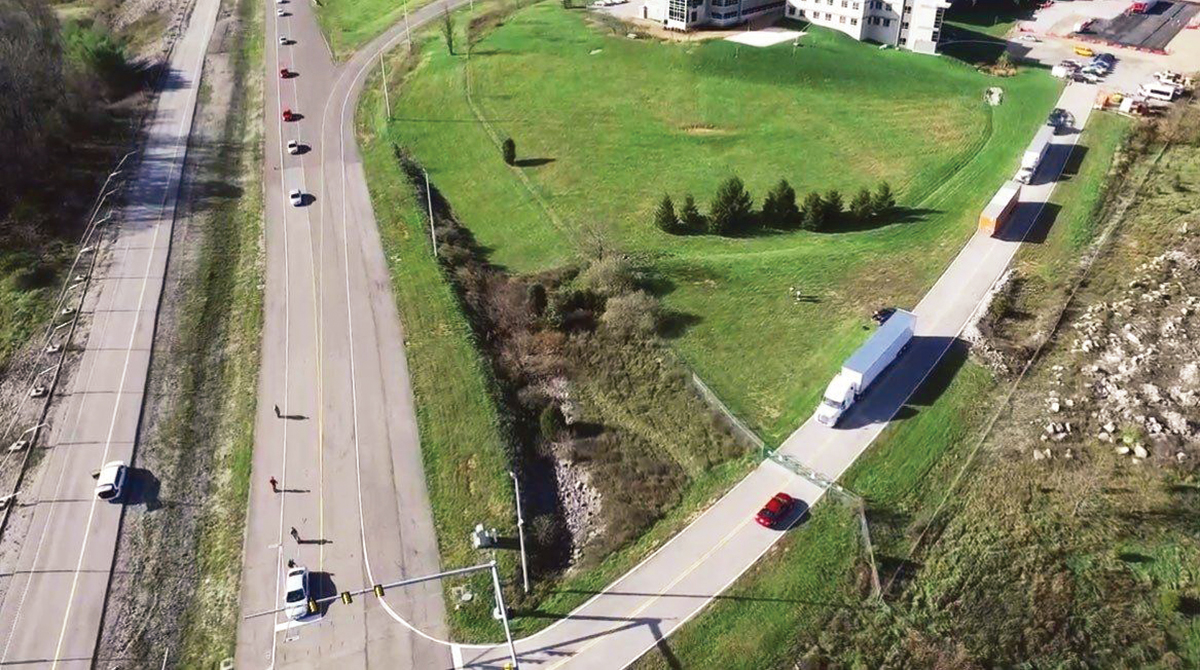 The U.S. Department of Transportation has announced $60 million in awards to research groups and state departments of transportation that are exploring projects related to vehicle automation.

The funding, announced Sept. 18, was made possible through DOT’s Automated Driving System Demonstration grant program, which supports projects that are meant to generate data to inform rulemaking and encourage collaboration on automated driving systems. These awards mark the first spate of grants distributed through this program.

“Transportation infrastructure innovation has improved mobility, economic growth and quality of life,” Transportation Secretary Elaine Chao said at a ceremony announcing the grants. “This kind of transportation innovation has always been in America’s DNA. These projects will show our country the diverse applications of automated driving systems technology.” 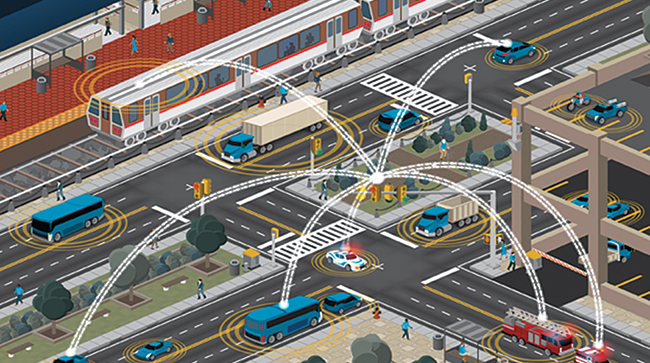 A rendering of connected vehicles. (U.S. Department of Transportation)

In all, eight grants went to seven recipients. Among them:

The Virginia Tech Transportation Institute received the most, $15 million for two grants at $7.5 million. One grant will support development of Fleet Concept of Operations, which will provide the trucking industry with guidelines on how to implement and benefit from automated driving systems. The other will support a project to demonstrate scenarios and solutions for the safe interaction of automated driving system-equipped vehicles along a corridor in northern Virginia.

“With new technologies, and particularly with automated driving systems, it’s important to get safety right the first time,” said Sen. Mark Warner (D-Va.). “That’s why I’m so excited to announce that this federal funding will support VTTI in continuing to safely blaze the trail for the future of transportation.”

The largest single grant, for $8.4 million, was awarded to the Pennsylvania Department of Transportation to study the safe integration of automated driving systems in work zones through connectivity and high-definition mapping technologies.

“I am thrilled that the efforts of the department and our partners in the realm of automated vehicle technology have received national recognition,” PennDOT Secretary Leslie Richards said in a press release. “Crashes in highway work zones have killed at least 4,700 Americans — more than two a day — and injured 200,000 in the last five years alone. If we can improve how [autonomous vehicles] interact with work zones, there will be significant safety benefits for the traveling public.”

The University of Iowa received a little more than $7 million for a project that will use automated driving systems to connect rural communities that lack transportation options.

“We’re thrilled to have won this highly competitive and prestigious grant award,” said Daniel McGehee, director of the National Advanced Driving Simulator at the University of Iowa. “Our Automated Driving Systems for Rural America project will help to demonstrate the safe integration of automated vehicles on our nation’s rural roadways, particularly how they can benefit America’s rapidly growing senior population.”

In Michigan, $7.5 million was awarded to a partnership with the state, city of Detroit, University of Michigan and the American Center for Mobility, a connected vehicle testing facility in southeast Michigan. The grant will support research, development and testing in Detroit and at facilities at the ACM and the University of Michigan.

“The arsenal of democracy is going to be arsenal of mobility,” said Rep. Debbie Dingell (D-Mich.) at DOT’s ceremony. “It’s partnerships that are going to get this done. When we talk about autonomous vehicles, we all have to work together.”