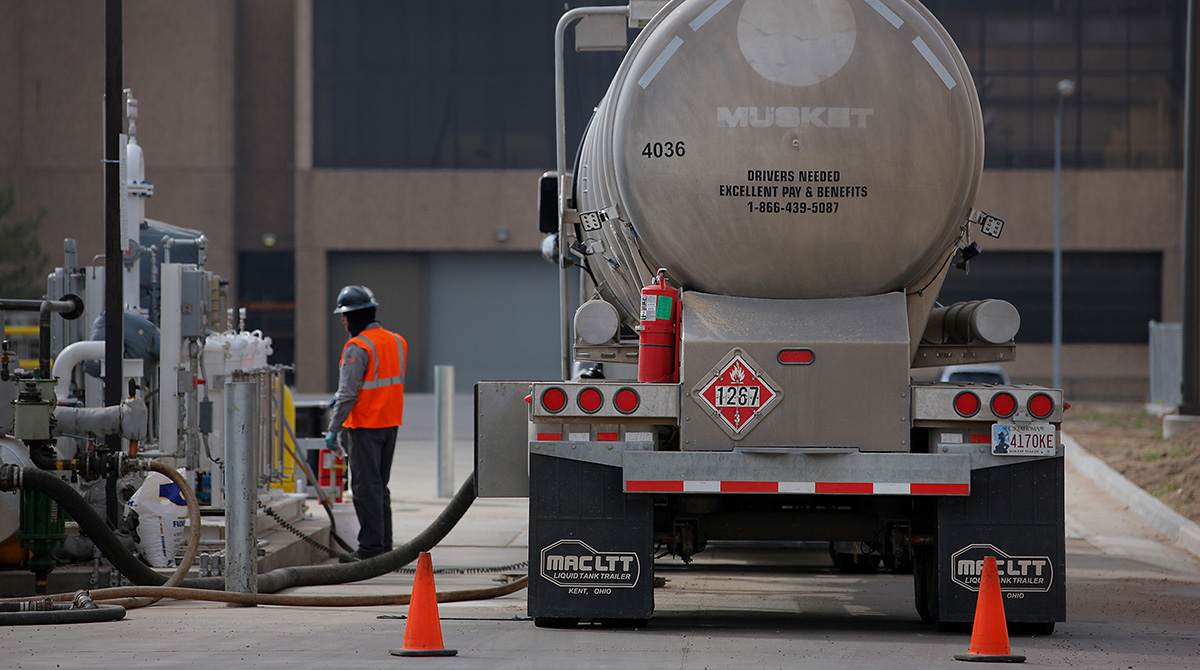 The U.S. average retail price of diesel fuel fell 2.8 cents to $3.216 a gallon, the fourth week in a row of declines, according to the weekly report from the U.S. Department of Energy’s Energy Information Administration.

Diesel remains more expensive than a year ago, up 75.1 cents per gallon compared with the same period in 2017.

The average price of diesel also fell in all regions nationwide. It dropped 1.7 cents a gallon to $3.959 in California, but that state remains the most expensive place in the country to buy the fuel. Diesel in California has gone up $1.096 in the last year.

The Gulf Coast had the lowest price nationally at $2.978 a gallon, down 3.8 cents a gallon for the week but up 67.3 cents in the past year, EIA reported. The Gulf Coast was the only region where diesel cost less than $3 a gallon. 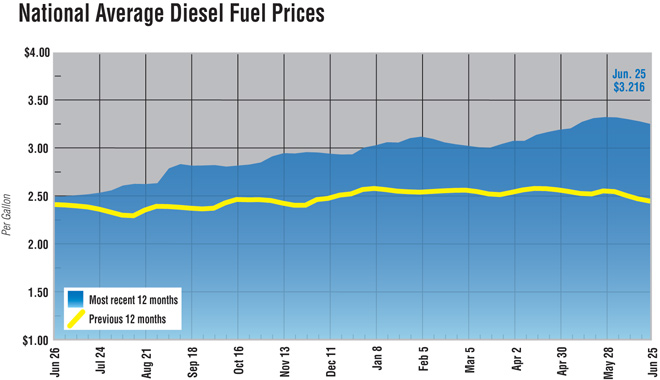 The diesel price decline follows a meeting last week of the Organization of Petroleum Exporting Countries where the membership agreed to raise production by an estimated 1 million barrels per day. Last year OPEC members and Russia reduced their output of oil by 1.8 million bpd to bolster prices.

The planned increase could be undercut by a shutdown of Syncrude Canada’s oil sand operations near Fort McMurray, Alberta, that would take 360,000 bpd out of the global supply during July, according to the investment bank Goldman Sachs. A tripped power transformer is reported to have caused the shutdown.

One way fleets could reduce their diesel fuel costs would be to replace their older sleeper models with 2019 Class 8 trucks, according to Fleet Advantage’s 2018 Truck Lifecycle Data Index.

Fleet Advantage estimates that a 2019 Class 8 will get 8.0 mpg vs. a 2012’s 6.6 mpg, leading to savings of $26,687 in its first year of operation. That calculation takes into account diesel retailing for $3.29 a gallon, fuel representing 61% of the total cost of truck ownership, along with reduced maintenance and repair costs for a new truck. Fleet Advantage uses actual fleet truck utilization data to create the index.

On the gasoline side the price of near-term West Texas Intermediate crude oil futures settled June 25 at $68.08 a barrel on the Nymex, down 50 cents for the day.