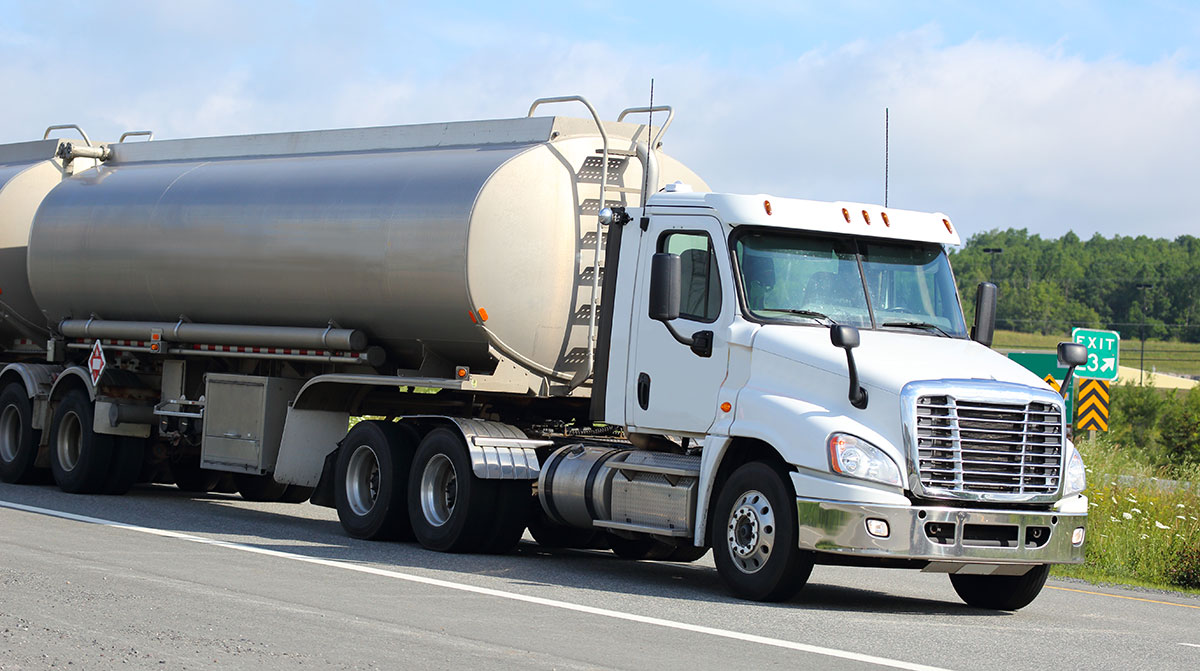 Six of the 10 regions in EIA's weekly survey reported price increases of at least 6 cents a gallon. (Andyqwe/Getty Images)

The cost of diesel rose for the second consecutive week for a total 8.7 cents. It dropped a total of 11.2 cents the preceding two weeks. Trucking’s main fuel now costs $2.036 more per gallon than it did at this time in 2021.

The EIA reported that all 10 regions in its weekly survey posted higher prices, and six recorded increases of at least 6 cents. The West Coast less the California region had the biggest gain at 6.8 cents to $5.346. California had the smallest at 2.7 cents to $6.277. The national average price for gasoline increased by 4.1 cents a gallon to $4.107. 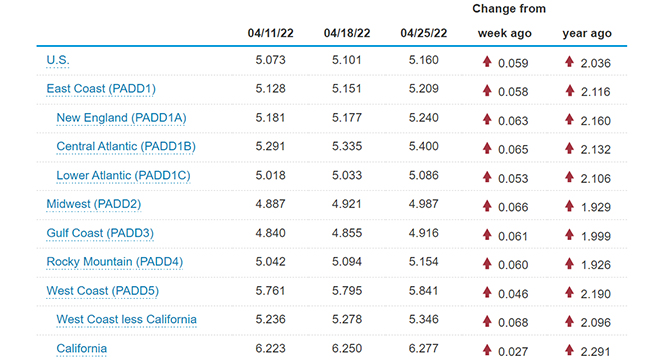 Russia has faced rebuke and sanctions from much of the western world because of its invasion of Ukraine. But the country is a major global exporter of fuel, and has used its influence in the energy markets to put pressure on trading partners. Some countries have taken steps to ban the import of fuel from Russia.

“We came into a situation where Shell is also not going to take any products from Russia,” Phil Flynn, senior energy analyst at The Price Futures Group, told Transport Topics. “Supplies are 20% below the five-year average, so that’s kicking into high gear. The panic-buying along with cold weather and supply chain issues is just basically squeezing the market. That’s why we’re seeing this incredible run.”

Russia has put pressure on countries still interested in importing its fuel to trade in its home currency, the ruble. This move would help stabilize the currency and the broader Russian economy — both of which have suffered during the war — against the global economic sanctions. The Russian state-owned energy corporation PJSC Gazprom has already cut off natural gas supplies to Poland and Bulgaria for those countries’ refusal to follow the demands.

“At the end of the day, this is Vladimir Putin using his influence,” Flynn said of the Russian president.

Old Dominion Freight Line discussed rising diesel costs during its first quarter earnings conference call on April 27. During the quarter, the carrier’s operating supplies and expenses — which include fuel — rose 54% to $191.4 million compared with $124.2 million during the same time last year. But the company is confident fuel surcharges will help offset the rise going forward.

“The increase in operating supplies and expenses, as percent of revenue, was primarily due to the increase in the cost of diesel fuel and other petroleum-based products,” said Adam Satterfield, chief financial officer at ODFL. “We believe our fuel surcharge program is effectively offsetting the increased cost of our fuel and our yield management strategy is effectively offsetting cost increases in other areas.”

Old Dominion Freight Line ranks No. 10 on the Transport Topics Top 100 list of the largest for-hire carriers in North America.