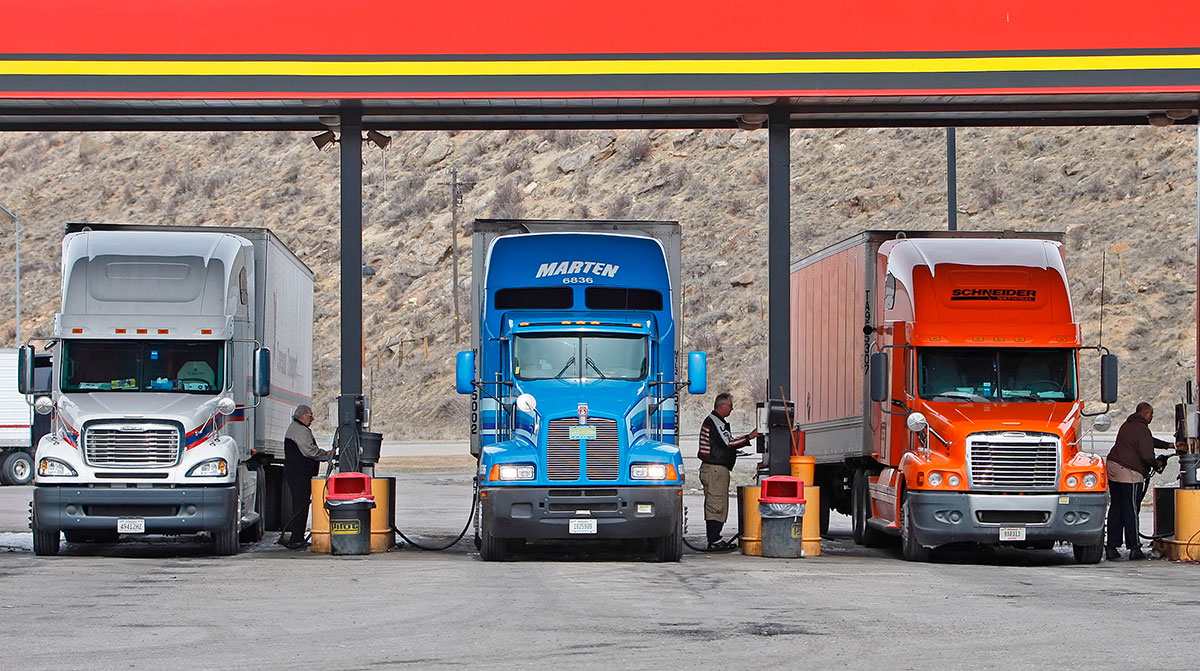 Diesel's 8.2-cent increase in New England was the largest in the 10 regions that make up EIA's weekly survey. (George Frey/Bloomberg News)

The national average price of diesel surged 4.9 cents to $4.104 a gallon, according to the Energy Information Administration’s latest survey, released Feb. 28. That increase led to the highest price in nine years.

Diesel’s price has risen for eight consecutive weeks totaling 49.1 cents. The last time a gallon of trucking’s main fuel cost at least as much as its current price was March 4, 2013, when it was $4.130.

The price of a gallon of diesel increased in all 10 regions in EIA’s weekly survey, with the largest gain of 8.2 cents in New England.

Crude — the feedstock for both fuels — raced higher as the war in the Ukraine continued to rattle markets. Leaders of OPEC and other major oil-producing countries are sticking with plans to gradually increase oil production. Meanwhile, the U.S. and other major governments in the International Energy Agency plan to release 60 million barrels from strategic reserves to boost supplies.

A day earlier, he noted a tank truck hauling fuel may be worth $2,400 more than what it was worth last night. “Multiply that by 50,000 trucks on the road each day and you can visualize the bedlam.”

Commercial trucks consume more than 45 billion gallons of fuel annually and roughly 80% of that is diesel, according to ATA.

“Setting aside just the impact rising fuel prices have on individual carriers, spikes in gasoline and diesel prices ripple through the economy, impacting consumers’ budgets, business investment and create a whole host of inflationary pressures that have serious impacts on the freight economy,” Costello said.

He added normal seasonal freight patterns could be disrupted if consumers spend more on fuel and less on other goods and services.

A TMC Recommended Practice noted tire balance across 18 tires on a tractor-trailer combination has been documented to save as much as 2.2% in SAE J1326/RP 1102 Type II testing of fuel consumption at two different facilities.

Also, TMC noted, though largely a driver training issue, the excessive use of brakes affects fuel consumption. The brakes, either engine brakes or service brakes, remove energy from the vehicle. Thus, more-than-essential use of the braking system for safe truck operation will increase fuel usage.

In related news, Chevron Corp. announced a definitive agreement to buy Renewable Energy Group Inc. in an all-cash transaction valued at $3.15 billion, or $61.50 per share.

The transaction is expected to close in the second half of 2022.

Based on construction of renewable diesel plants and the Environmental Protection Agency’s proposed rule for the 2022 Renewable Fuel Standard (requiring transportation fuel sold in the United States to contain a minimum volume of renewable fuels), EIA forecast renewable diesel production will increase significantly this year and in 2023.

Meanwhile, Kloza reported the rise of 34.36 cents a gallon on March 2 for NYMEX ULSD (ultra low- sulfur diesel) futures was the largest daily spike on record. The previous record was 28.32 cents a gallon set June 6, 2008, on the way to a record $4.106 a gallon. 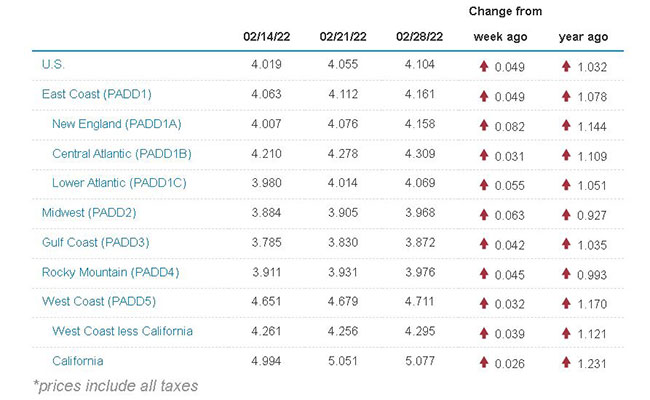