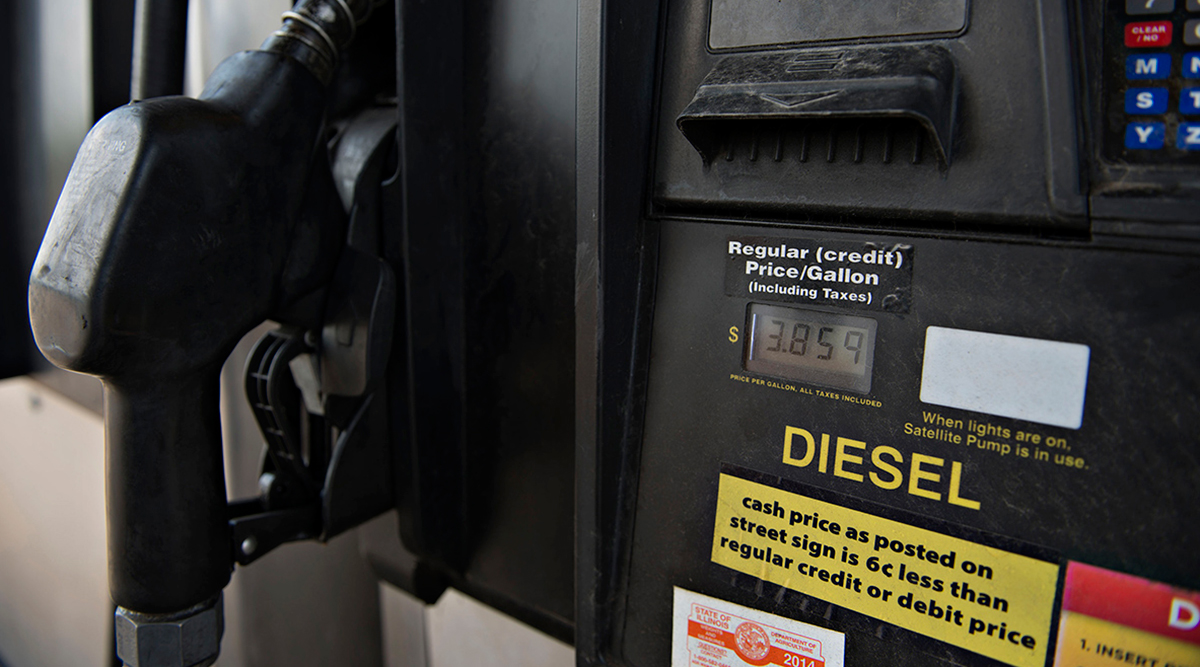 Though the price of diesel rose, it is about 29 cents less than it was at this time a year ago. (Daniel Acker/Bloomberg News)

The U.S. average retail price of diesel rose 1.4 cents to $3.064 a gallon, the Department of Energy reported Oct. 28. Even with the increase, trucking’s main fuel costs about 27 cents less than it did a year ago, when it was $3.335 a gallon, according to DOE.

All regions of the country except for the New England area saw the average price increase.

The least expensive diesel is in the Gulf Coast region where the price is $2.806, up just four-tenths of a cent from the previous week.

In our second episode of RoadSigns, Season 4, we ask: Will Automated Steering Make Trucks Safer and Drivers Happier? The introduction of active steering features in commercial trucks represents the next evolutionary stage for the onboard safety and collision mitigation systems available on the market today. But how will this affect the driver experience? Host Seth Clevenger speaks with Dan Williams, director of ADAS and autonomy at ZF Group, and Jason Roycht, vice president and regional business leader for commercial vehicles at Bosch North America. Listen to a snippet above, and get the full program by going to RoadSigns.TTNews.com.

The increase in the price of diesel comes just two months before the new International Maritime Organization mandate goes into effect Jan. 1 that will severely reduce the amount of sulfur emissions on cargo and other ships operating on the open seas. The new rule is expected to tighten diesel supplies, especially along the east and west coasts. The shipping industry will need an estimated 4 million barrels a day of diesel as it abandons the highly polluting bunker fuel, which it has used for years to power ships. The sulfur content must be slashed to meet a 0.5% limit from 3.5%.

The sharp reduction likely will cause a spike in diesel prices, energy analysts warn, due to greater demand for the fuel that already is heavily used by the trucking industry.

Flynn said U.S. refineries are running this week at 87.2% of capacity, and there is room for improvement as he would like to see them running at close to 95% within the next several weeks. Refineries typically reduce capacity in the fall to do maintenance and rebalance fuel supplies to meet demand.

“There is a significant amount of work to do, and I think that eventually it will show up in prices,” he said.

As Flynn pointed out, another factor with fuel prices is the weather. The Department of Energy estimates 5.7 million homes in the United States use heating oil. Eighty-five percent of those homes are in the Northeast, nestled in New York, Pennsylvania, Massachusetts, Connecticut and Maine.

In 2017, consumers in those states used nearly 2.6 billion gallons of oil. Home heating oil and diesel are essentially the same fuel — the only difference is the color. Home heating oil is dyed red to indicate that it is not legal to burn in a diesel vehicle because the dye indicates that there were no road taxes paid with it.

But the U.S. is in a substantially better position regarding oil than it was just five years ago. According to the latest summary of oil production by the Institute for Energy Research, U.S. crude production increased by 3.3 million barrels a day, to more than 12 million barrels daily, as a result of hydraulic fracturing and horizontal drilling. As a result, the United States is among the world’s largest oil producers.