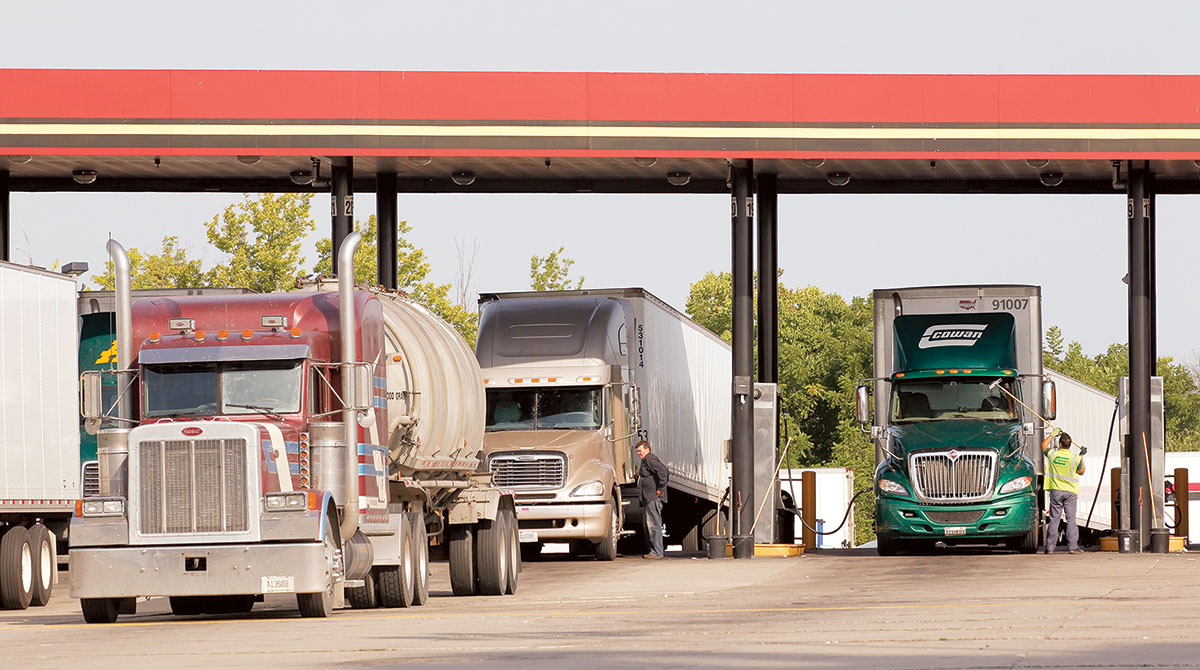 The price of diesel increased in each region surveryed by the Energy Information Administration. (John Sommers II for Transport Topics)

The nationwide average price of diesel fuel rose 2.2 cents to $2.738 a gallon, according to Energy Information Administration data released Feb. 1.

The price of trucking’s main fuel increased for the 13th consecutive week. Despite that, diesel still costs 21.8 cents a gallon less than it did a year ago.

The average price of a gallon of gasoline also increased, by 1.7 cents to $2.409. Gasoline has nearly caught up with last year’s price as it sits just 4.6 cents a gallon cheaper than a year ago.

All 10 regions surveyed by EIA saw prices increase for diesel. The Lower Atlantic experienced the most significant climb, 3.3 cents to $2.675 a gallon. New England saw the smallest increase at 1.5 cents to $2.796. This was followed closely by the Gulf Coast region, where it bumped up 1.7 cents to $2.50 a gallon.

California saw a modest increase for the week at 2 cents. The Golden State still has the most expensive diesel in the country at $3.497 a gallon. That’s still down 31.5 cents from the year-ago period.

"Well, as far as what we’re seeing over the last several weeks, the prices have been, of course, increasing,” he said. “Both shippers and carriers, what we prefer is stability in prices. Neither side likes rapid jumps or rapid collapses.” 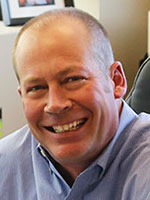 EIA showed a significant collapse in fuel prices when the coronavirus first hit early last year, but Ragan noted it has stabilized since then. He also added that with the economy showing resiliency and people starting to get vaccinated, there is an expectation more cars will be on the road soon.
“So I’m not surprised that it’s going up slightly as demand is starting to pick up,” he said. “But as far as from the industry perspective, if it increases at a modest rate, that is OK with us because the surcharges that we have as carriers can keep up with the increase.”

Ragan also said that when prices collapsed last year, it didn’t significantly affect his fleet. He noted it’s shippers who deal with price changes when carriers have fuel surcharge rates. The exception is smaller carriers, which are less likely to have fuel surcharges.

“I live in Oklahoma, and for this region and the health of the overall economy, I think some rebound in fuel prices is overall a good thing,” Ragan said. “The increases we saw [Feb. 1] is certainly tolerable for us because it’s a slow increase. Shipper surcharges may go up, but overall from a macroeconomic perspective for the country, there’s more good to a rebounding than bad.”
Melton ranks No. 87 on the Transport Topics Top 100 List of the largest for-hire carriers in North America.

“Diesel fuel prices have been trending upwards since mid-October, and the EIA has forecasted higher prices overall compared to 2020,” Tim Podvin, senior director of carrier development and transportation solutions at DHL, told TT. “We have prepared our customers to expect higher freight costs through at least the first half of 2021, driven by increased market demand year-over-year, with higher fuel prices partially contributing to those higher costs. The one wildcard that could change things is the pandemic. If another lockdown similar to last year were to occur, thereby affecting freight demand and fuel consumption, this would likely bring diesel prices back down.”

Phil Flynn, senior market analyst at Price Futures Group, noted there has been pressure on diesel because of the cold winter in Europe and Asia. That’s keeping demand up despite air travel still being weak. U.S. manufacturing and transportation demand also have been putting pressure on fuel prices.

“Now part of the story, obviously, is the improving economy and global demand,” Flynn said. “You can’t also underestimate the impact of the OPEC production cuts. Saudi Arabia is cutting production by a million barrels a day starting [Feb. 1]. That’s going to keep prices on an upward track.
“There seems to be a sense that the Biden administration is kind of secretly rooting for higher prices. Some of their actions that they’ve taken on the climate seems to suggest that they would favor higher prices to reduce dependency on oil.”

Flynn noted that former President Donald Trump was usually quick to call out efforts to manipulate fuel pricing. But he believes the Biden administration has yet to show such a strong rebuke, even with the current actions by Saudi Arabia.

“I think that the Saudis are seeing an opening here,” Flynn said. “The Saudis want to sell more of their state-owned oil company. It’s going to be to their advantage to jack up prices.”