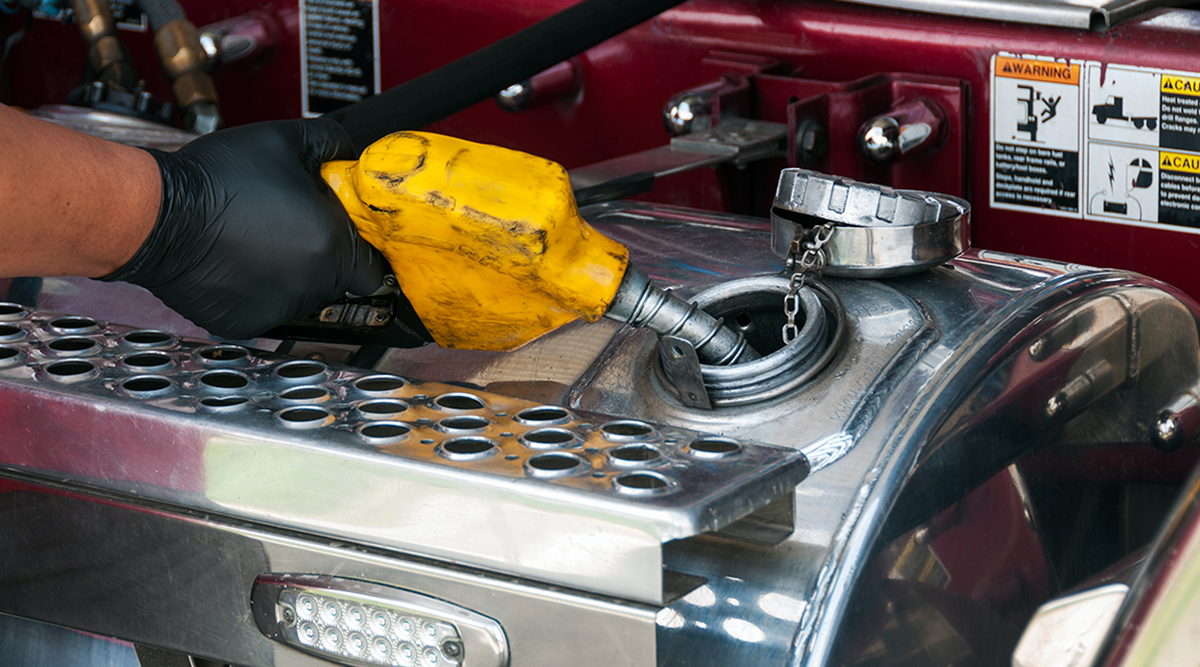 The price of diesel is 24.7 cents cheaper than a year ago. (Getty Images)

The U.S. average retail price of diesel slipped 1.5 cents to $3.066 a gallon, the Department of Energy reported Sept. 30. The price of oil fell to the mid-$50s per barrel, pulled back by uncertainty over global demand and rising U.S. crude inventories.

All regions saw the average price fall except California, where it was unchanged at $3.976.

All regions, except three in the West, saw average gasoline prices fall.

After posting the largest increase in gasoline prices last week, at 12.9 cents to $2.585 a gallon, the Midwest posted the largest decline in the latest report, falling 9.7 cents to $2.488.

Government data shows the average price of crude oil purchased by refiners accounts for 53% of the price of a gallon of gasoline. Crude’s purchase price reflects 46% of the underlying cost of a gallon of diesel.

Meanwhile, the price of diesel and gasoline is going up in one state with the support of a diverse coalition, including trucking interests.

The wholesale tax in Arkansas on diesel increased by 6 cents on Oct. 1, to 28.5 cents, and the tax on gasoline rose by 3 cents to 24.5 cents. The tax hikes are part of a recently enacted law to increase highway funding.

“I’ve been at the association for 16 years, and we haven’t had a substantial, permanent increase in infrastructure funding in that entire time,” she said. “So as we were going into the 2019 legislative session, highway funding was our No. 1 priority. We felt like we had done a good job of working with other stakeholders and interest groups that also felt that was a priority.”

Arkansas roads do not get any funds from general revenue, and spending is reliant on fuel taxes, Newton said.

The realization was that if changes were not made now in road funding, it was ultimately going to cost more, she said.

“Our argument has been truck drivers spend their workday moving freight on Arkansas highways,” Newton said. “We depend on the efficiency and dependability of the highways. You start talking about the real cost of quantifying congestion and rerouting, restrictive bridges — those things cost money, too.

“It is hard to point to where [those costs] appear on your profit-and-loss statement, but companies understand that if the wheels aren’t turning no one is making any money.”

As of September 1, commercial inventories of #crudeoil and other liquids for Organization for Economic Cooperation and Development (#OECD) members were estimated at 2.9 billion barrels, enough to cover 61 days of its members’ liquid fuels consumption. https://t.co/U5eQs2FiZ3 pic.twitter.com/vdQfzFPyop — EIA (@EIAgov) October 2, 2019

Also, distillate fuel product supplied — primarily ultra-low-sulfur diesel used in transportation and to a lesser degree as heating oil — averaged 3.9 million barrels per day over the past four weeks, down by 0.6% from the same period last year, according to EIA.

West Texas Intermediate crude futures on the New York Mercantile Exchange closed at $52.64 on Oct. 2 compared with $58.64 per barrel Sept. 23.

“Crude markets remain tight, but the dominating force right now is simply the gloomy economic-demand outlook,” analysts at consultant JBC Energy GmbH told Bloomberg News. The oil market has “so many things to worry about.”

Crude prices now are below where they were before the Sept. 14 attacks on two key oil installations in Saudi Arabia that temporarily halved the kingdom’s production. The strikes slashed daily output from the Organization of Petroleum Exporting Countries by 1.6 million barrels a day last month, the biggest drop in 16 years, according to a Bloomberg survey.

Saudi Crown Prince Mohammed Bin Salman warned that war between his country and Iran would lead to a “total collapse of the global economy” and should be avoided.

In the meantime, for all the turmoil over oil supplies, recent pricing remains far lower than a year ago when WTI closed at $74.29 on Oct. 8.

California Seeks to Ban Sales of Diesel Big Rigs by 2040