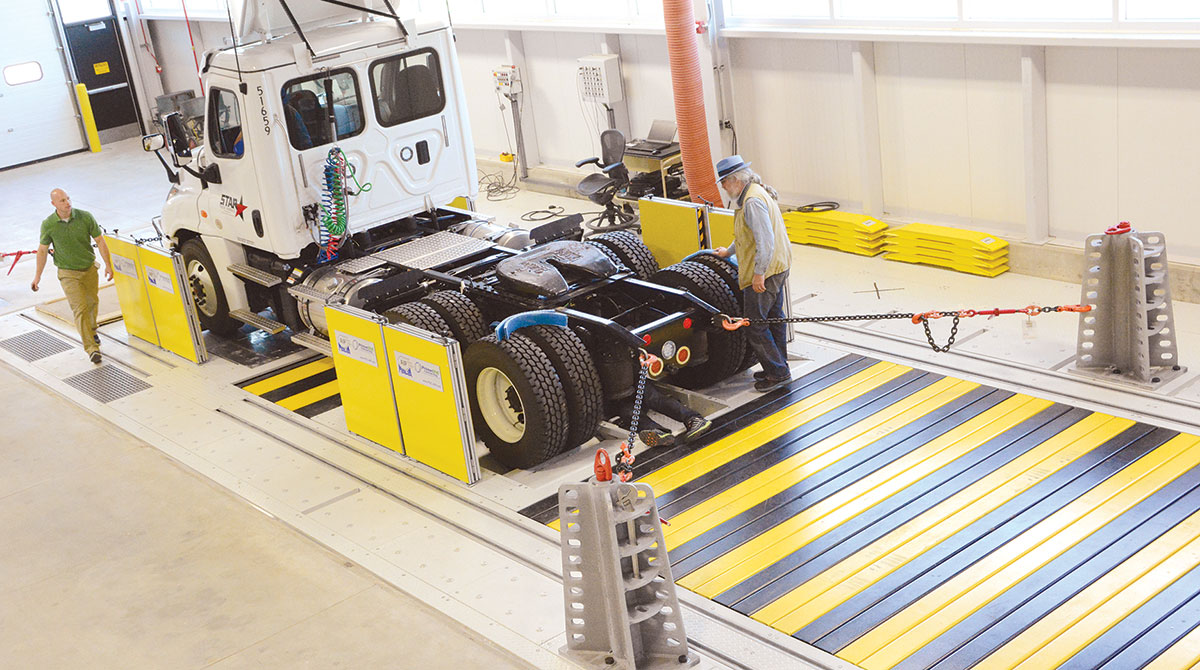 A truck is being readied for testing of its emissions levels at the EPA emissions laboratory in Ann Arbor, Mich. (Environmental Protection Agency)

The renewed focus on curbing NOx and PM emissions creates additional engineering challenges for manufacturers that already have been working to reduce carbon emissions under the federal Phase 2 greenhouse gas emission rule.

The U.S. Environmental Protection Agency is expected later this year to propose tighter nationwide standards for NOx and PM emissions that would take effect in 2027. But California’s Air Resources Board already has approved stricter NOx and PM limits for new diesel-powered trucks starting in 2024. 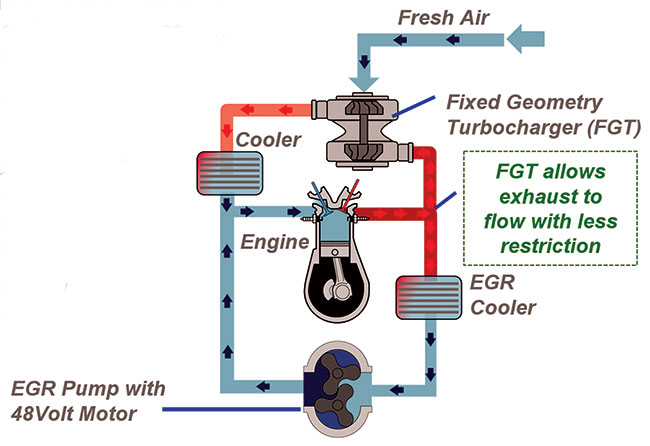 CARB will require a reduction in NOx both for the steady-state highway test and for the low-load test that also measures vehicle operation in a mixed highway cruise and stop-and-start environment. The most critical concern is the need to reduce NOx during low-load operation.

At a 2019 symposium, Donald Stanton, director of engine business product strategy at Cummins, commented that there will be a variety of vehicles that, under some conditions during the emissions test, won’t be able to maintain selective catalytic reduction functionality, meaning that the SCR catalyst will cool down too much to function. He explained that complying with the proposed standards will require “a significant development effort and time frame to bring to market.”

One of technologies Stanton mentioned was cylinder deactivation, or CDA. This procedure leaves both valves of a cylinder closed, stopping the injection of fuel during an individual cylinder’s four-stroke cycle and shifting the work to other cylinders while also preventing the deactivated cylinder from ingesting air or expelling exhaust. This increases the engine’s exhaust temperature and makes it more efficient by reducing the amount of air being pumped through it.

While engine manufacturers declined to comment for this article, Cummins has released information about its test of diesel dynamic skip fire, or dDSF, a control strategy developed by Tula Technology Inc. that can selectively cut out an engine’s cylinders in any desired order or pattern of skipped firing cycles. By keeping exhaust temperatures up and saving fuel, the on-road test Cummins performed reduced NOx emissions by 74% and carbon dioxide emissions by 5%. 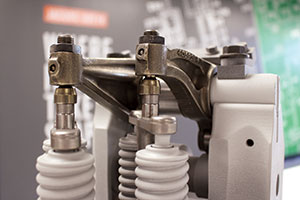 Some of the workings of Jacobs' variable valve actuation system. (Jacobs Vehicle Systems)

Robb Janak, director of new technology at Jacobs, said the company’s system is somewhat “similar to an engine brake.” When a solenoid is activated, it pushes downward on a locking pin and turns off the valve motions normally created by the action of the camshaft. He says maintenance will be similar to that of an engine brake, and that, should the system ever need repair, it will be a simple and inexpensive procedure.

Chris Mancuso, business unit director for engine air management at Eaton Vehicle Group, described a system comprising two separate cams “contributing to the valve lift of a pair of valves [either intake or exhaust].” This system can switch between “main lift,” which is what is normally provided, and “alternative lift,” which would provide for any of several different valve timing regimens that can raise exhaust temperature to improve SCR performance, or improve engine efficiency under lightly loaded conditions. Mancuso said Eaton chose a “mechanical latching mechanism,” believing that it has “faster response time” and provides “higher stiffness and fidelity of lift.”

These systems can also improve efficiency at low loads, using LIVC to allow more expansion (Atkinson Cycle) or early intake valve closing, which reduces the work done during compression (Miller Cycle), the latter cycle being available in two modes with the Jacobs system. 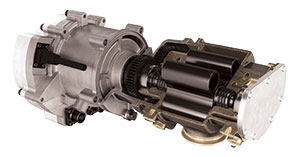 CDA alone has been proven effective both in increasing or maintaining aftertreatment system temperature, and in improving efficiency, especially when it can be applied in a variety of sequences. Tula Technology provides software that can provide any sequence of CDA events desired. Tula’s head of engineering, John Fuerst, described some of the best capabilities of dDSF, the system that provided CDA for the Cummins test, using Jacobs’ VVA. The flexibility the system provides can fire and then skip any number of cycles. One of its most effective regimens, the one used with Cummins, is to respect the engine’s normal firing order, but skip the number of cycles required to limit airflow as desired. It’s possible with a 6-cylinder engine to run at two-thirds, half or one-third of normal power.

Engine makers are also helping to curb emissions with items such as Eaton’s exhaust gas recirculation pump. Christy Roadknight, Eaton’s global product line manager, described a 48-volt electric pump that needs 4 hp or less to recirculate the EGR, thus allowing use of a standard, fixed-geometry turbo. Eliminating the variable-geometry turbo and EGR valve not only eliminates costly maintenance headaches, it reduces engine back-pressure by about 20%, significantly improving fuel economy. The pump is a Roots-type blower, is cooled and lubed with engine coolant and oil, and its permanent magnet synchronous motor and sophisticated controller will provide far more precise control of EGR levels than the present system. Roadknight also explained that a number of customers are developing 48-volt electric systems, which can be used to more efficiently operate many engine accessories like the AC compressor and coolant pump.