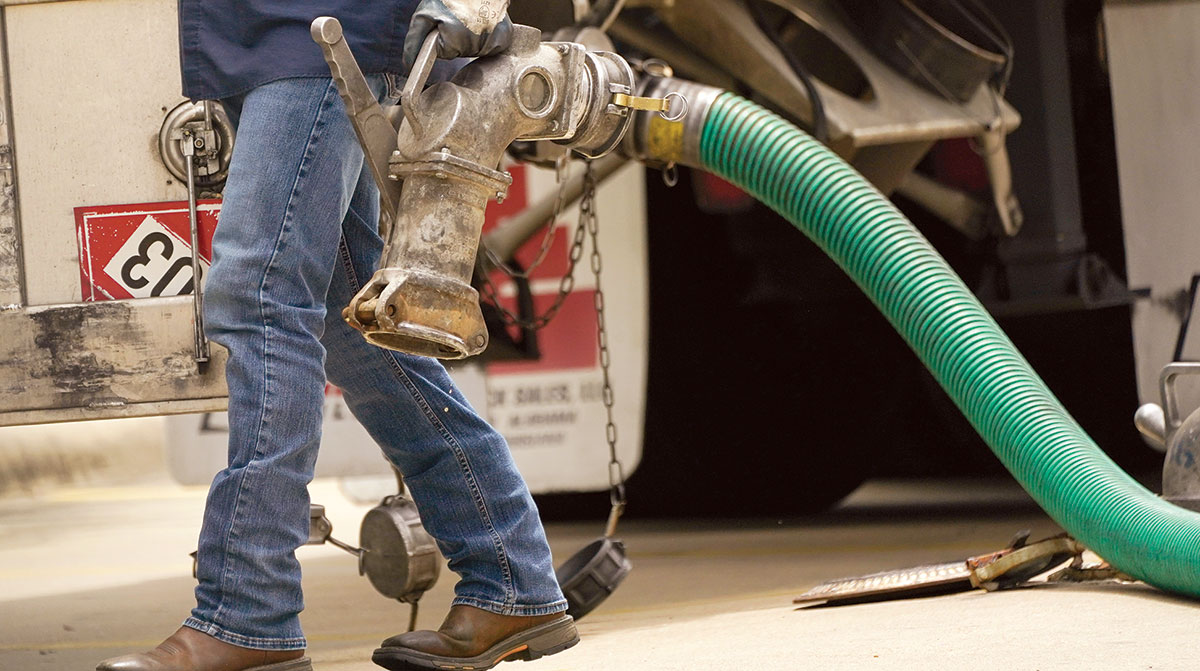 Fuel is distributed to a service station in Mississippi. The Gulf Coast dropped 3.6 cents to settle at $4.76 a gallon. (Rogelio V. Solis/Associated Press)

The national average price of diesel slid 5.1 cents to $5.033 a gallon, according to Energy Information Administration data released Sept. 12.

The price for a gallon of diesel has declined for two weeks in a row. But despite this it’s still above $5 a gallon because of a 20.6-cent spike Aug. 29 that raised the cost to $5.115. A gallon of diesel on average costs $1.661 more than it did at this time a year ago.

EIA reported that the price for a gallon of diesel fell in all 10 regions it surveys. The Central Atlantic region saw the biggest drop at 8.9 cents to $5.134 a gallon. The Rocky Mountain region and California were tied for the smallest decline at 1 cent. California still has the nation’s highest diesel cost at $6.164. The national average price for a gallon of gasoline fell by 5.6 cents to $3.69.

“We’re definitely seeing some relief on the futures prices right now and kind of a sense that the market is stabilizing a little bit,” said Phil Flynn, a senior energy analyst at The Price Futures Group. “We saw a big build in inventories this week, which seems to suggest that the refiners have been responding to these higher prices, perhaps at the expense of gasoline. But it seems to be that is the trend, where they’re going to be working to increase those inventories, which is good because they’re 22% below the five-year average.”

Flynn suspects these adjustments are part of a concerted effort to increase inventories a little bit. That appears to have provided some price relief in the short term. It just hasn’t yet shown up at the pump.

“I do think that will show up at the pump a little bit,” Flynn said. “When you get a big dramatic drop like this, you’ll see a little bit of easing. But we haven’t seen much relief for diesel compared to gasoline. Gasoline, of course, had its huge drop at the pump and diesel struggled to come down. And now we might get a little bit of a bonus here, call it a season bonus to the downside. The problem is will it last and that’s the big question.”

Flynn added part of what is happening is an adjustment from being short diesel compared to gasoline. Now from the viewpoint of a trader their position is becoming more neutral. But he warned that despite these small victories diesel is still in a tough spot.

“Even though we saw an increase in supplies we’re still 22% below the five-year average,” Flynn said. “I think it’s too early to fly the mission accomplished flag. We’re still going to be in a very tight situation here going forward.”

Flynn also warned these trends could be disrupted. He pointed to tropical storms as an example. He noted that any shutdowns of production or refineries could have a big price impact short-term. Mesilla Valley Transportation CEO Royal Jones expressed his frustration over the recent jump in diesel prices.

“The good thing is we do have the fuel surcharge,” Jones said. “That helps us tremendously and our trucks get good fuel mileage so that helps us. More importantly, at least gasoline is down. Gasoline helps with the gross domestic spend, because if people are putting 200 bucks a week in their gas tank, they stop buying stuff. They go to only buying groceries.”

Jones also pointed out that when gross domestic spending is up trucking tends to be busy. 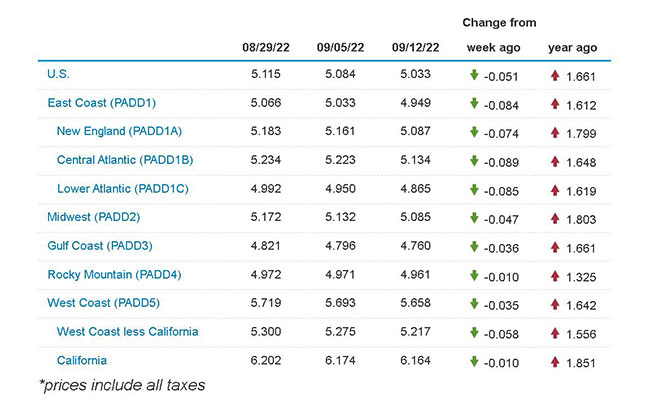