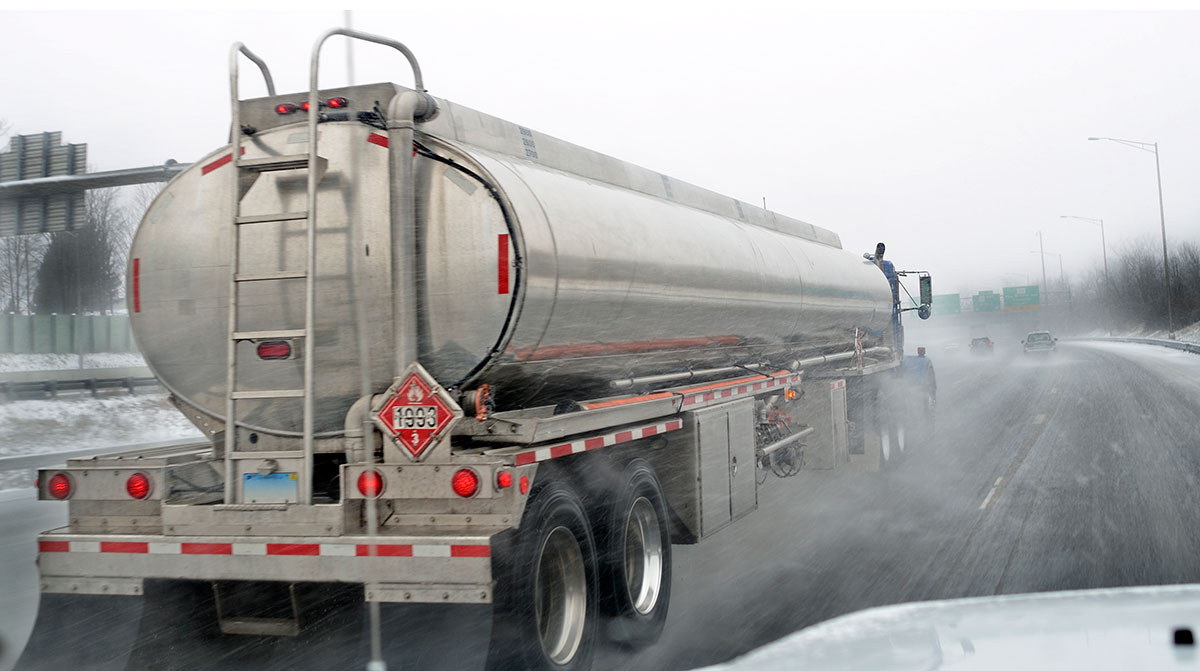 The national average price for a gallon of diesel has fallen in eight of the past nine weeks, according to Energy Information Administration figures. (CHBD/Getty Images)

The national average price of diesel dipped 3.4 cents to $4.549 a gallon, according to Energy Information Administration data released Jan. 9.

Diesel returned to a downward swing after a one-week pause, when it rose 4.6 cents on Jan. 2. Overall, the price of trucking’s main fuel has fallen 80.8 cents a gallon since Nov. 7.

A gallon of diesel on average still costs 89.2 cents more than it did at this time in 2022.

The average cost declined in all 10 regions in EIA’s weekly survey, ranging from a high of 4.8 cents in the Lower Atlantic to a low of a half-cent in the West Coast less California.

Gasoline is used as a fuel by about 30% of commercial vehicles, according to American Trucking Associations.

Colorado in a bit of trouble from a fuels standpoint. wholesale prices +40cts w-o-w. Both gasoline/diesel. Some dsl suppliers out of product. Margins razor thin, retail prices to rise in the short-term — Denton Cinquegrana (@Cinco70Denton) January 12, 2023

Tom Kloza, global head of energy analysis at OPIS, also wrote on Twitter: “Diesel price inflation currently stands at about 37% versus last year. But circle March 5 on your calendar. By that date, U.S. diesel prices should be deflationary to 2022. Wholesale prices down 35 cents per gallon so far this year, according to OPIS, in a rout for the ages.”

At the same time, the role of renewable biodiesel fuels is growing, as a key strategy to help decarbonize the transportation sector, said Allen Schaeffer, executive director at Diesel Technology Forum.

“The global renewable diesel market by production reached 2.61 billion gallons in 2021. The market is expected to reach 7.45 billion gallons per year by 2027,” Schaeffer said. “Depending on feedstocks, using advanced renewable biodiesel fuels instead of petroleum-based fuels lowers greenhouse gas emissions by anywhere from 50% to 85%, along with reductions in other emissions like particulates as well.”

EIA reported the West Texas Intermediate futures price on Jan. 11 was $77.41 a barrel, up $4.57 compared with a week earlier and down $3.81 compared with a year earlier.

How much customers pay for a gallon of diesel is determined most of all by the cost of crude oil, then the refining involved in the production, EIA noted.

U.S. oil output was battered by the coronavirus pandemic that caused demand to crater but has slowly increased since President Joe Biden took office. U.S. oil producers are set to pump a record 12.8 million barrels per day in 2024, according to the latest forecast from EIA.

U.S. consumer prices fell 0.1% in December, posting the first monthly decline since 2020, Bloomberg News reported. The report bolstered risky assets with traders betting the Federal Reserve would slow down the pace of rate hikes as inflation continues to cool.

The brighter U.S. outlook adds to growing optimism over China’s rebound. Beijing issued a bumper batch of import quotas this week and Chinese oil companies have stepped up purchases of U.S. and West African grades.

The U.S. National Blueprint for Transportation Decarbonization is a “landmark strategy” for cutting all greenhouse emissions from the transportation sector by 2050, according to the Department of Energy. 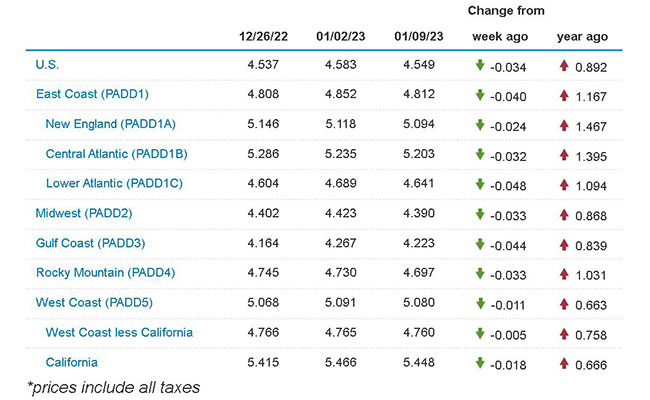