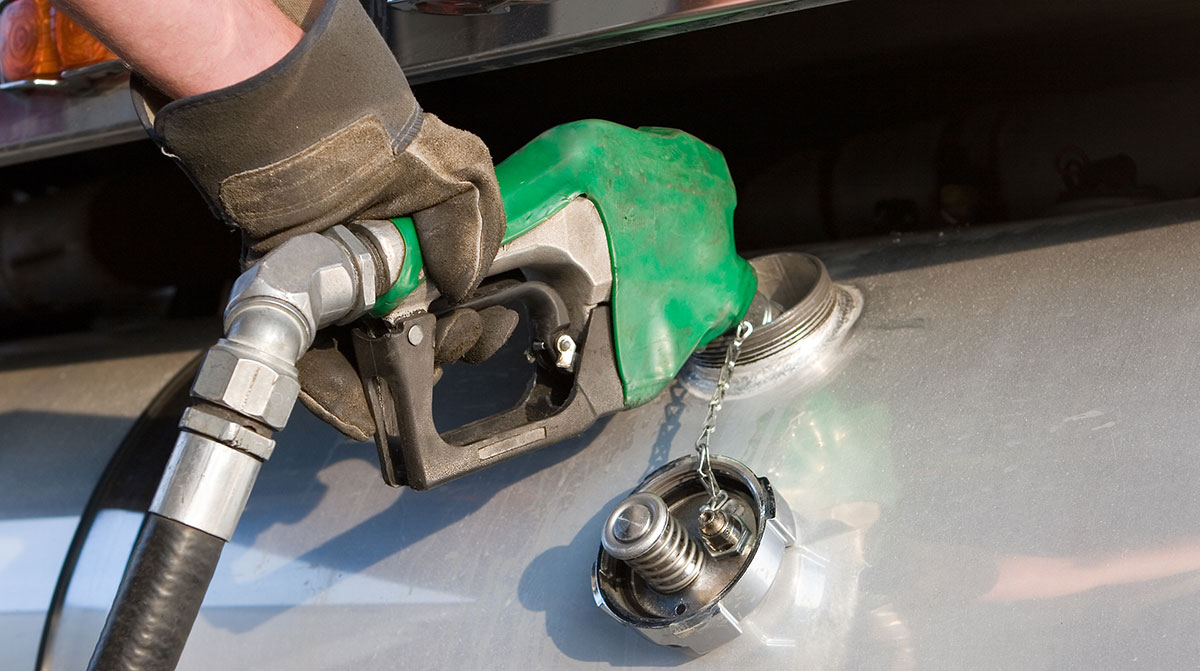 Diesel's 1-cent drop this week marked the first downward change in price since it slipped one-tenth of a cent Sept. 13. (Getty Images)

The national average price for a gallon of diesel reversed course and dropped for the first time in more than two months, falling 1 cent to $3.724 a gallon, according to Energy Information Administration data released Nov. 22.

The last time diesel showed a decrease was Sept. 13, when it dipped one-tenth of a cent to $3.372 a gallon.

The average price went down in six of the 10 regions in EIA’s weekly survey; the biggest decrease was 1.7 cents in the East Coast and Gulf Coast. Diesel’s price rose in three regions with a 1.5-cent increase in California being the largest. The average price was unchanged in the West Coast minus California.

The U.S. average price of a gallon of regular gasoline was essentially flat at $3.395, down just four one-hundredths of cent compared with $3.399 the week before.

The U.S. average price was $1.29 per gallon higher compared with a year earlier.

Despite diesel’s dip, one analyst said to expect the price of diesel to remain high.

“A lot of people view diesel as the dirtiest fuel. So I think we are in a new era of higher diesel prices unless the administration makes a big change,” Flynn said.

TravelCenters of America Inc. said it has focused recently on providing benefits for small fleets when they pull in to its locations.

“For a long, long time, we’ve not — and maybe forever, as far as at least I’m aware — we’ve not had a program designed very specifically around small-fleet needs,” TravelCenters of America CEO Jonathan Pertchik said during the company’s most recent earnings call.

Incentives will be key.

“We’ve not had a real true program that we then put a lot of effort and energy behind,” he said. Part of the difficulty in creating such a program is being “under-resourced. A handful of folks” focus on this area of the business.

Pertchik acknowledged the company is doing a better job with its information technology (IT) at its truck stops.

“As we physically improve our sites, we’ll improve our IT. In the past, our sites would literally go down for not a few minutes, but hours. And imagine the destruction of goodwill that creates with fleets and drivers as well,” he added.

TA is the nation’s largest publicly traded full-service travel center network. Founded in 1972, it noted it has 18,000 team members serving guests in more than 275 locations in 44 states and Canada, principally under the TA, Petro Stopping Centers and TA Express brands.

Since the third quarter of 2020, global consumption of crude oil and petroleum products has increased faster than production, which has caused lower inventory levels and higher crude oil prices, according to EIA.

EIA forecast spot prices of West Texas Intermediate, a U.S. crude oil benchmark, will fall to $62 a barrel in December 2022, from an average of $81 a barrel this October.

In two periods during 2018 and 2020 when oil was priced at $62 or $63 a barrel, respectively, the average retail diesel price was basically $3 per gallon, according to EIA.

But when it comes to oil, Flynn said, “There’s a lot of things going on.”

On Nov. 23 President Joe Biden announced he authorized a drawdown of 50 million barrels of oil from the nation’s strategic oil reserve in an effort to lower fuel prices and address what the White House in a release called “the mismatch between demand exiting the pandemic and supply.”

Flynn said, “There is a potential OPEC could actually cut production if [the other countries] go ahead with their release of strategic reserves. What you may get is a production war. Are we going to get into: We will release oil; they’ll cut production.”

The U.S. effort will be done “in parallel with other major energy consuming nations including China, India, Japan, Republic of Korea and the United Kingdom,” Biden said in announcing the move. 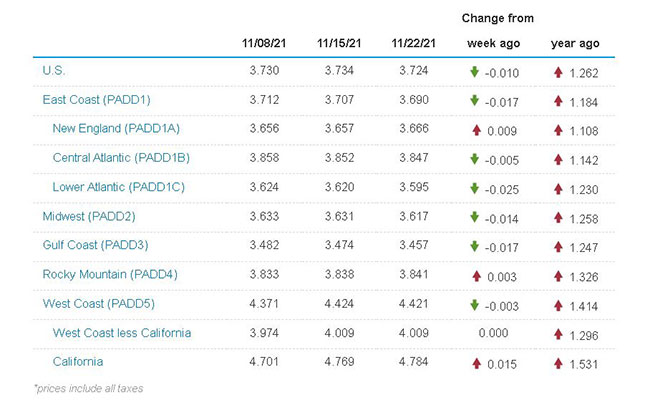