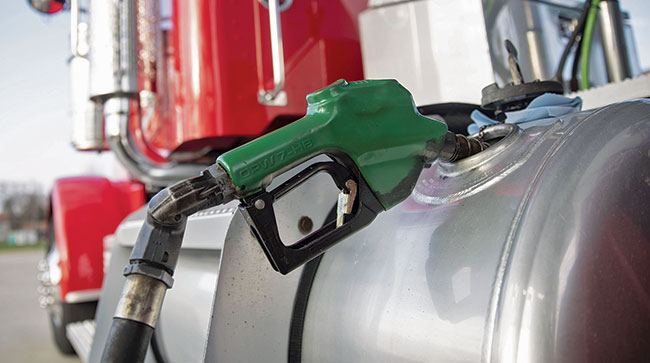 The national average price of diesel nudged down two-tenths of a cent to $3.613 a gallon, according to Energy Information Administration data released Jan. 3.

Of the 10 regions in EIA’s weekly survey, diesel went down in six and up in four. The biggest decline was 1.7 in the Rocky Mountain region. The biggest gain was two-tenths of a cent (Central Atlantic, Lower Atlantic, East Coast).

Gasoline, meanwhile, reversed course and posted an increase of six-tenths of a cent to $3.281 one week after recording a 2-cent decline.

While diesel prices are hovering lately and sliding somewhat compared with earlier weeks, they may be headed up along with oil prices, one market analyst told Transport Topics.

“I think for a national average on diesel we could be pushing $4 a gallon on diesel at the pump, especially in summer,” said Price Futures Group senior energy analyst Phil Flynn.

“We think with the reopening of the economy and the lack of refining capacity that we are going to be really tight on all fuels,” he said.

Distillate fuel inventories are about 16% below the five-year average for this time of year, EIA reported for the week ending Dec. 31, the latest data.

Recent disruptions in supply caused by severe cold weather mean less supplies came at a time when U.S. stockpiles have been shrinking every week since mid-November and getting closer to September’s three-year low, according to Bloomberg News.

“That just basically shows you we have a very tight market going into 2022. And if demand continues to come back in a big way, which we think it will, that is going to keep upward pressure on prices,” Flynn added. “With crude oil, underinvestment [in drilling] and tougher environmental regulations are going to keep the market moving up.”

Diesel fuel prices generally track those of crude oil, according to the American Petroleum Institute, which noted in a post, “the price of crude oil is the main factor in the price of diesel fuel, and fluctuations in the crude oil market greatly influence changes in diesel prices. Short-run factors that can cause divergences from this correlation include supply shortages resulting from refinery outages, transportation issues, adverse weather conditions and pipeline problems.”

Drillers have been slow to restore output to pre-pandemic levels as they prioritize shareholder returns over growth, Bloomberg noted. This further supports growing predictions that the oil market will return to a deficit this year, with some like Pioneer Natural Resources Co. CEO Scott Sheffield expecting oil to range from $75 to $100 a barrel.

“Realizations of the near-term opportunities for decarbonization with renewable biofuels are growing every day,” Schaeffer wrote in a recent post.

He said hydrogen fuel may finally see its time after staying “right around the corner” for decades as major engine- and vehicle-makers make investments.

Hydrogen can also be blended with gaseous fuels in varying percentages, he added, and burned in both compression ignition and spark-ignited applications.

At the same time, Natso — the trade group representing truck stops and related vendors — noted the Biden administration is acting quickly to deliver guidance on how states can most effectively and efficiently allocate electric vehicle charging infrastructure dollars included in the recently enacted Infrastructure Investment and Jobs Act.

Ultimate approval of state projects must come from the U.S. Department of Transportation before states can receive funds and begin construction.

Natso intends to file comments with the Federal Highway Administration emphasizing the private sector is best positioned to build out a safe and reliable nationwide network of EV charging.

The T680E is equipped with 536 hp continuous power and up to 670 hp peak power and 1,623 pound-feet of torque and has a top speed of 65 mph, according to Paccar. It offers a range of 150 miles, depending on application. 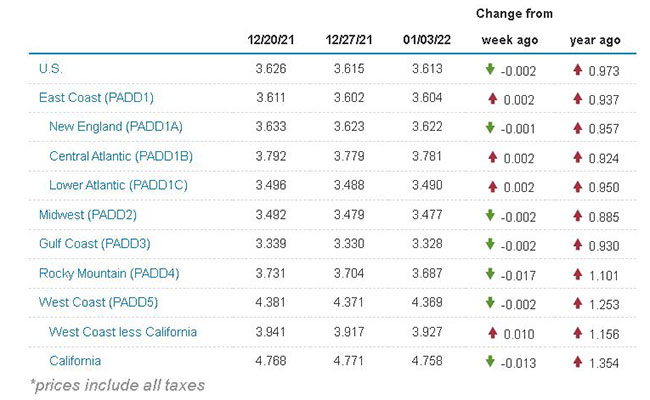