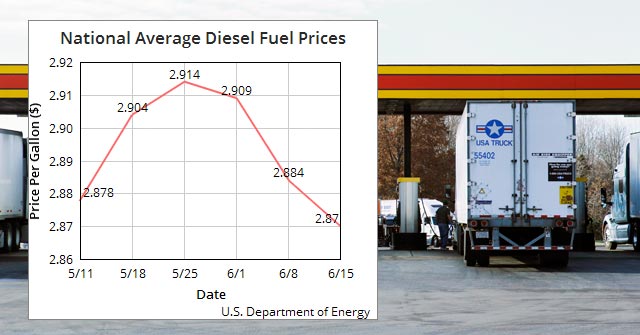 The average price of diesel dropped for a third week, falling 1.4 cents to $2.87 a gallon, the Department of Energy reported June 15.

The price has slipped 4.4 cents in three declines. It fell 2.5 cents last week and a half-cent two weeks ago after six straight gains totaling 16 cents.

Gasoline, meanwhile, rose 5.5 cents to $2.835, marking the eighth increase in nine weeks. The price was unchanged last week, so the motor fuel has not declined in two months.

Its price has risen 42.7 cents since mid-April and is 85.1 cents below its level of a year ago, DOE figures showed.