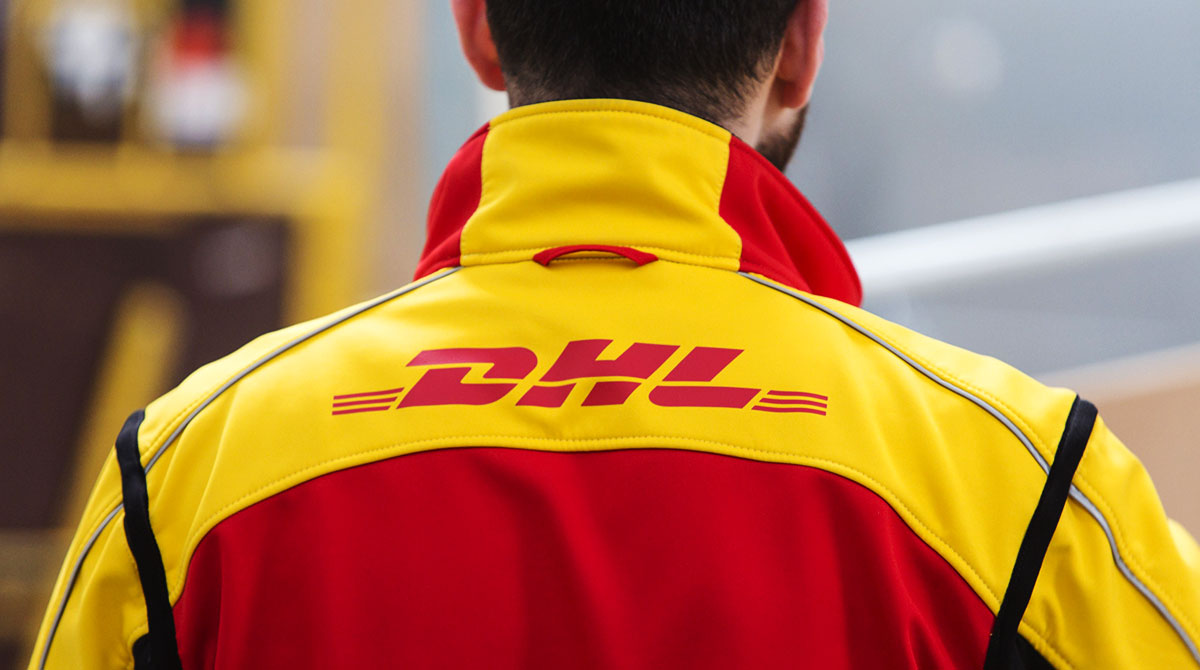 The DHL logo sits on an employee's jacket. (martin Leissl/Bloomberg)

The U.S. economy is strong enough to avoid a sharp downturn, even as concerns are growing about how long consumers can sustain healthy spending levels amid rising inflation, the head of transportation at Deutsche Post AG’s DHL supply chain division said.

Jim Monkmeyer, whose unit manages $3 billion in North American freight spending by outside carriers, forwarders and dedicated fleets, said U.S. households and businesses are making an “adjustment” after two years of pandemic-driven spending on merchandise. So it’s too early to know whether the world’s largest economy has hit an air pocket or entered a longer slump.

“Consumer demand is the big concern right now and you see that especially in retail and apparel,” he said in an interview this week. “But it doesn’t seem to translate to the bigger-ticket items — we have backlogs for cars, for RVs, for raw materials that are going to drive and spread that demand over a longer period of time — and I think that’s a positive.”

With all its disruptions to global trade, the pandemic has turned logistics managers into sought-after observers of economy activity. His view from DHL, the world’s largest contract-logistics provider, comes amid worries in some corners of the transport sector that consumer spending — a major driver of the nation’s recovery — will broadly weaken just as supply chains come under renewed stress globally.

While the labor market remains strong, Monkmeyer acknowledged that a shift from household spending on physical goods back to services appears to be under way. He said recent signs of softening in the U.S. trucking market bear monitoring, but they aren’t necessarily a harbinger of widespread weakness.

“My hope is that we’re heading to maybe a slight slowdown that isn’t going to be the recession doom and gloom — I’m not in that camp,” he said. “It’s funny how last year we all hoped for a slight slowdown. Now we’ve got it, and everybody’s worried of course that we’re going to swing the other way.”

Automotive, engineering and manufacturing are still “extremely strong,” though retail and consumer goods are “down, not surprisingly,” Monkmeyer said. Life sciences, and “health care in general, just continues to boom in this country — I don’t think we’ll see any slowdown there.”

In the technology industry, “they’re watching, but our volumes are still through the roof,” he said.

At the DHL carrier summit in Florida last week, Monkmeyer said issues are still being raised about finding enough truck drivers. The industry is also focused on a closely tracked logistics gauge known as the rate of tender rejection — business that trucking companies turn away because they’re already at capacity.

That number has declined recently, though it’s returning to a more typical level seen prior to the pandemic, Monkmeyer said.

“I don’t hear them saying, ‘oh my gosh, the sky is falling,’ ” he said. “Typically in the U.S. we talk about two quarters before we call something a recession. So I still look at this as noise — certainly concerning trends that we need to keep an eye on — but there’s so much strength.”

DHL Supply Chain ranks No. 12 on the Transport Topics Top 100 list of the largest logistics companies in North America.