While billions have been raised to build or fix the nation’s roads, bridges, and airports, little of the money is finding its way to public projects. 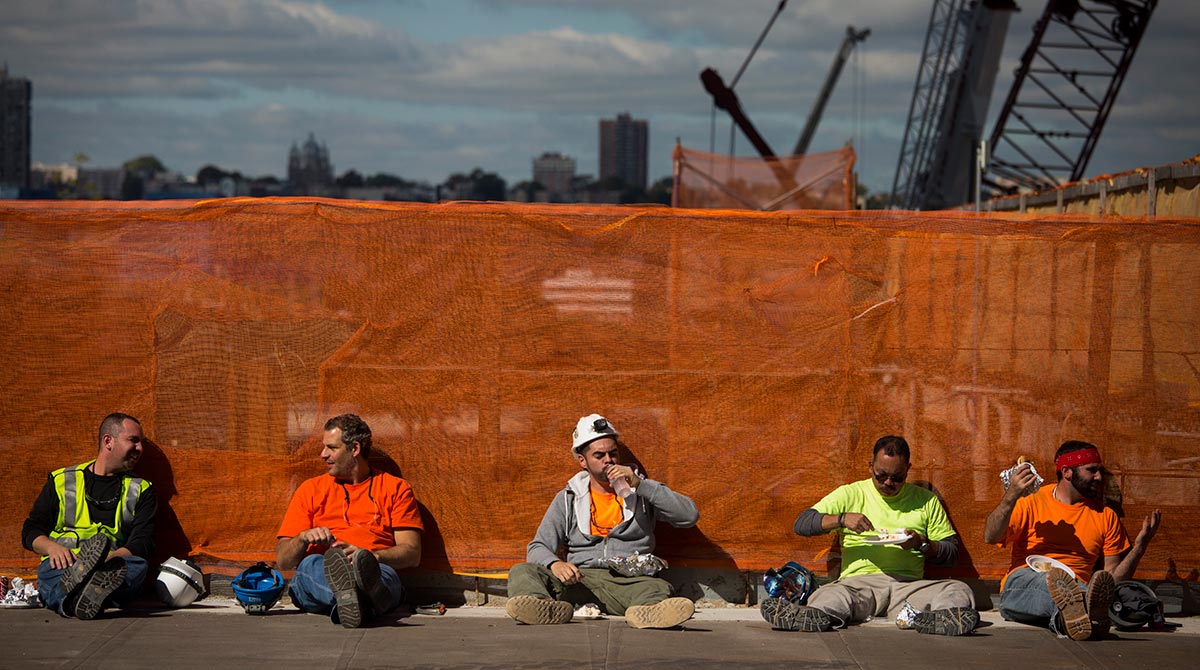 Lambert International Airport in St. Louis traces its history to aviation’s beginnings. The man it’s named after — Albert Bond Lambert — learned to fly with the Wright brothers. Charles Lindbergh started there, delivering airmail, and then christened his famous plane the Spirit of St. Louis. In 1928, the facility became one of the first municipally owned airports in the America.

These days, the place could use a makeover: Some recent reviewers on Yelp complained about too few bathrooms, limited food options and not enough outlets to charge cellphones. One traveler called it the “okayest” airport he had ever visited. In a bid to give the facility a refresh, the city has been pursuing a plan to hand day-to-day operations to a private company.

It’s one of dozens of public-private partnerships — including a $9 billion plan to expand highways outside Washington or the build-out of a “smart city” system in Kansas City, Mo. — that have been pitched throughout the United States in recent years to provide much-needed upgrades to infrastructure. Meanwhile, the Trump administration has called for having the private sector play a big role in improving the nation’s roads, rails, airports and bridges.

RELATED: Not waiting for Trump, municipalities are funding infrastructure

Emboldened by this, asset managers have been busy raising money for dedicated infrastructure funds. Hundreds of billions of dollars are piling up — coming from pensions, sovereign wealth funds and other investors craving stable returns. Blackstone Group LP, one of the newest players in the space, is raising what it hopes will become a $40 billion fund. Global Infrastructure Partners, which owns London’s Gatwick Airport, has started talking to investors about a global fund that could reach or top $20 billion. Canada’s Brookfield Asset Management Inc. is aiming for a similar size pool. The total assets under management in infrastructure funds had ballooned to $450 billion at the end of 2017, from just $7 billion in 2000, according to data provider Preqin.

But there’s a big disconnect between capital raised and actual dealmaking. During the second quarter, global infrastructure deals fell to $49 billion, their lowest quarterly level in five years, according to Preqin. The bulk of the money may not even get channeled into repairing or rebuilding crumbling public infrastructure in the United States. The lion’s share of cash will go to assets that already are in private hands, such as electric utilities, gas pipelines, and cell towers. 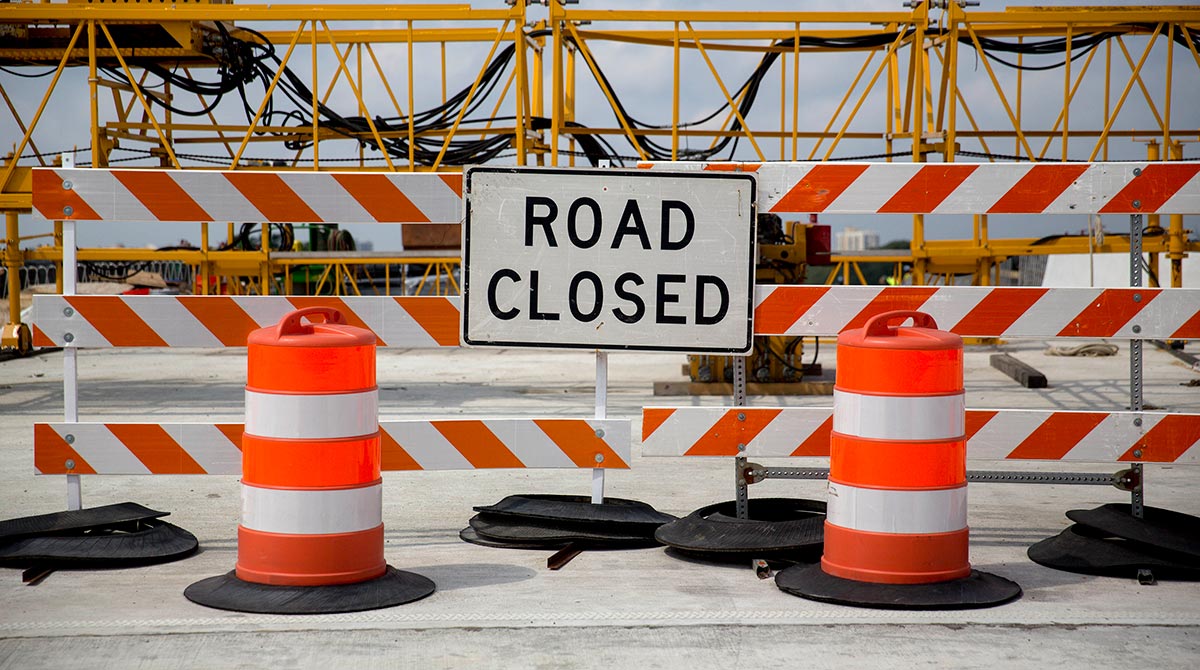 Given the abundant supply of capital and low interest rates, states and municipalities would be wise to start pitching big projects, said Glenn Muscosky, a managing director focused on infrastructure deals at investment bank Moelis & Co., which is advising on the St. Louis plan. So why aren’t more such deals taking off? Some blame the lack of federal action. Federal incentives, such as partially matching funds, could encourage state and local governments to kick-start more projects.

Trump talked a big game on the campaign trail, following it up with both an executive order and a memorandum of understanding. The U.S. government also has taken steps to streamline the approval process for federal infrastructure projects. But Trump’s plan is in limbo, unlikely to be taken up by Congress until after the midterms.

Public-private partnerships often are a slog for investors. They can take years to come to fruition and can be thwarted by politics — which can turn off anyone with a time constraint to deploy capital. As a result, “a lot of the money being raised isn’t going find its way to U.S. bridges, roads, and airports, where needs are staggering,” said D.J. Gribbin, who was a special assistant to Trump on infrastructure policy until April. Some funds are dedicated to navigating public-private deals, but generally they are smaller. Gribbin said governments need to find ways to make it easier for the private sector to invest.

Others are more skeptical of the benefits of public-private projects. “It’s super-easy to mislead people that this solves the investment gap,” said Kevin DeGood, the director of infrastructure policy at the left-leaning Center for American Progress. Public-private partnerships are often a way for a government to get money upfront, without raising taxes, in exchange for forgoing future revenue. For example, a private company might invest money to build or upgrade a highway tunnel in exchange for collecting tolls for years to come. The deals often are sold as a way to transfer risk to the private sector. While that can be the case, governments sometimes still get caught holding the bag when a project runs into trouble, DeGood says. Nobody wants a half-finished tunnel under their city.

That means officials who enter into the deals need to be careful about how they draft agreements, so that the incentives are aligned between investors and the public, says Robert Puentes, CEO of the Eno Center for Transportation, an independent, nonpartisan think tank in Washington. “There’s no public policy priority for the private firm,” he says. “They care that there’s some contractual arrangement.”

Despite the barriers, the mass of capital flocking toward infrastructure should put some pressure on the system to get deals done, Gribbin said. Union members, for instance, are increasingly supportive of public-private partnerships because they realize there’s job growth potential. “If a plan from the federal government fails to materialize, I don’t think that’s a threat to the growth of the infrastructure investment industry,” said Raj Agarwal, KKR & Co.’s global head of infrastructure. He adds that if any plan were to pass, the amount of private capital raised so far would fall short of needs.

As for St. Louis, it could take an additional two years before a deal to privatize the airport is struck. The plan already is being challenged by groups pushing for city voters to have a final say.

While airport privatizations have succeeded in the U.K., Australia and Europe, such proposals have gained little traction in the America. In the past decade, plans to privatize Chicago Midway International Airport and Westchester County Airport in New York have flopped. St. Louis travelers hoping to submit more glowing Yelp reviews could be waiting a while.