Despite a Cautious Public, Automation the Future of Vehicles, Experts Say 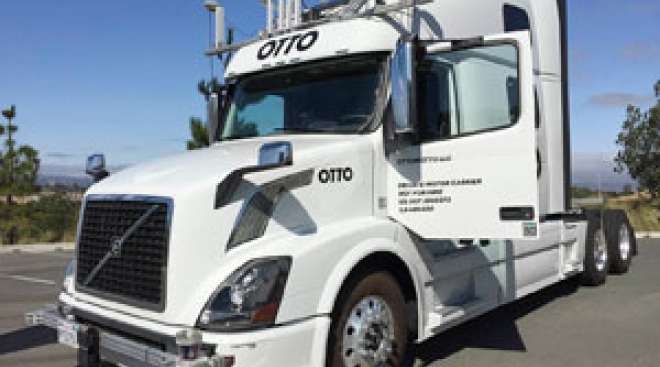 While the American public remains cautious about embracing the idea of self-driving vehicles, many popular vehicle features are forms of automation and that will only increase, speakers on a panel at an annual transportation conference said March 31.

Vehicle automation will be “the greatest transformation since the invention of the automobile itself,” Jim Barbaresso, a senior vice president at HNTB who is that company’s practice leader for intelligent transportation systems, said during the Toledo Metropolitan Area Council of Governments’ Transportation Summit at The Premier banquet center in South Toledo, Ohio.

“This is going to change all of our lives in ways we don’t fully understand yet,” Barbaresso said.

But automation, he said, also has the potential to save countless lives by preventing crashes and eliminating wasted time and fuel and ecological damage caused by traffic congestion.

Surveys, including one released early this week by the American Automobile Association, show many American drivers believe vehicle automation will increase traffic crash rates and that a majority are fearful about the security of data exchanges necessary for operation of fully automated vehicles.

Such vehicles’ security, and the public’s trust in it, “will be key to public acceptance of this technology,” Barbaresso said.

But using sensor arrays and computers already available, he said, automated vehicles are able to check their status 10 times per second through communication with other vehicles and roadside systems, he said.

Among challenges, he said, are data management, security, and privacy, as well as funding for the public side of supporting infrastructure.

The Ohio Turnpike’s chief engineer, meanwhile, said the public’s perception about automation’s safety is counter to analysis showing 94% of all traffic crashes are caused by human error.

Citing the example from last summer of a tractor-trailer driver who struck a line of 10 cars on the turnpike near Bellevue, Ohio, after failing to observe slow traffic ahead, Tony Yacobucci said automation could have prevented that crash and the resulting death of a New York state girl.

“I’m extremely confident that a truck equipped with sensors run by sophisticated equipment would have stopped in time,” Yacobucci said.

“That one moment of inattention” results in many preventable accidents, said Cindy Antrican, an AAA spokesman who attended the conference.

But pitching automation to a skeptical public is going to require some work, even if drivers already enjoy such automated features as cruise control, lane guidance, parking assistance, and crash-avoidance braking, she said.

Among Ohio respondents to the auto club’s survey, 47% said they couldn’t imagine routinely riding in a self-driving vehicle sooner than 10 years from now, if ever, while 38% said such technology would result in more crashes, not fewer. And 84% said local and state governments should notify the public when and where autonomous-vehicle testing will occur.

Such testing already is occurring, including a test last fall of a self-driving tractor-trailer on the Ohio Turnpike.

RELATED: That truck you see on Ohio roads this week might be driving itself

Along with its safety benefit, automation could allow vehicles to run closer together, in narrower lanes, while giving elderly and disabled people mobility options they now lack, Yacobucci said.

The turnpike is establishing itself as a test location for vehicle automation thanks to its fiber-optic communications system and series of service plazas and truck parking at selected interchanges. Yacobucci predicted that within a decade, it will reserve one lane for automated vehicles.

“Embrace change,” he said. “It’s coming fast, and we must be ready to adapt.”

Matt Smith, the Michigan Department of Transportation’s statewide manager for intelligent transportation systems, said his department is working not on vehicle systems, but rather systems along the roadways with which vehicles interact.

Among nascent applications he described is the ability for traffic lights, work-zone warning devices and roadside weather sensors to communicate with cars.

A vehicle approaching a red light without slowing down,  Smith said, could be signaled to sound an alarm to alert its driver — or even apply its brakes automatically. The main challenge with work zones, he said, is up-to-date information about traffic patterns and congestion.

Vehicles’ computers, meanwhile, could be programmed to collect road-condition data, including the locations of cracks, bumps and potholes, thus saving highway agencies millions of dollars now spent on inspections.

A former automobile assembly plant at Willow Run, just outside Ypsilanti, Mich., has been transformed into the 335-acre American Center for Mobility, one of 10 proving grounds nationwide for vehicle-to-infrastructure communication, Smith said.

“This is truly a transformational time” for both safety and mobility, he said.