Two major trucking technology vendors have joined forces with the Aug. 15 announcement that Descartes Systems Group has acquired MacroPoint from Susquehanna Growth Equity and others for $107 million in cash and stock.

Descartes, of Waterloo, Ontario, is a software provider whose systems are used for routing, scheduling and tracking, as well as foreign trade and auditing and paying invoices.

Cleveland-based MacroPoint provides load tracking for freight brokers and shippers through drivers’ phones and electronic logging devices, and has annual revenue of about $12.5 million.

Susquehanna Growth got a quick return on its investment. The private equity firm invested $44 million in MacroPoint in November. 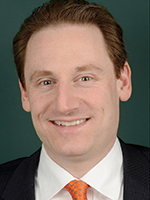 “MacroPoint is the market leader for truckload shipment visibility, said Bennett Adelson, the company’s CEO. “We believe that the combination of Descartes’ Global Logistics Network with our cloud-based, real-time load visibility platform creates a truly differentiated offering that helps customers research, plan, execute and monitor multimodal shipments around the world.”

“We’re excited to have MacroPoint join the Global Logistics Network so that we can jointly deliver even more value to the logistics and supply chain community,” Descartes CEO Edward Ryan said in the Aug. 15 statement.

Although based in Canada, Descartes priced the deal in U.S. dollars. Of the $107 million purchase price, $87 million is in cash and $20 million in Descartes stock.

In addition to using cash on hand, Descartes said it has a line of credit for acquisitions, which it uses frequently. MacroPoint is the 38th acquisition since 2006, a Descartes executive confirmed.

“We’re an acquisitive company,” said Chris Jones, Descartes executive vice president for marketing and services. In a telephone interview from the Netherlands, Jones said that in the software world, it is preferable to expand into a new market through acquisition rather than try to catch up with a competitor by building a new rival product from scratch. 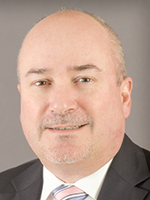 “We have to acquire it; we can’t wait to build it. MacroPoint took the time to build up a product and a relationship in their community of customers. We’re very respectful of that,” Jones said.

He added that, in general, Descartes prefers to keep the key people of the companies it acquires, but he would not specify if that includes Adelson in the case of MacroPoint.

Asked if the MacroPoint brand would remain, and if so, for how long, he also declined to comment.

Descartes is publicly traded on the Toronto Stock Exchange and Nasdaq. In its most recent fiscal year, the 12 months ended Jan. 31, the company earned $23.8 million, or 31 cents a share, on revenue of $203.8 million.

Logistics software on a subscription basis is a major part of the company’s business. It supplies both transportation providers — asset-based carriers and third-party firms — and shippers who need to monitor the movement of their goods.

Descartes has 16,500 global customers, and more than half of them are in North America, Jones said.

MacroPoint, founded in 2011, could end up expanding into Europe, Jones said. While the continent has many large logistics providers, the actual owning and operating of trucks is often done by small fleets and owner-operators, often from southern or eastern Europe, he said.

While large trucking companies with sophisticated, back-office transportation management systems and telematics in their fleets are well-equipped to track loads, the task is more difficult for owner-operators and small fleets. MacroPoint’s niche is extending shipment visibility to smaller truckers and their shippers and freight brokers.

In addition to tracking through mobile apps and ELDs, MacroPoint can use drivers’ flip phones to pinpoint shipment locations.

MacroPoint must make its systems compatible with makers of ELDs and transportation management software firms.

Jones said this has long been a practice for Descartes as well, and will continue with both the parent company and its newest subsidiary.