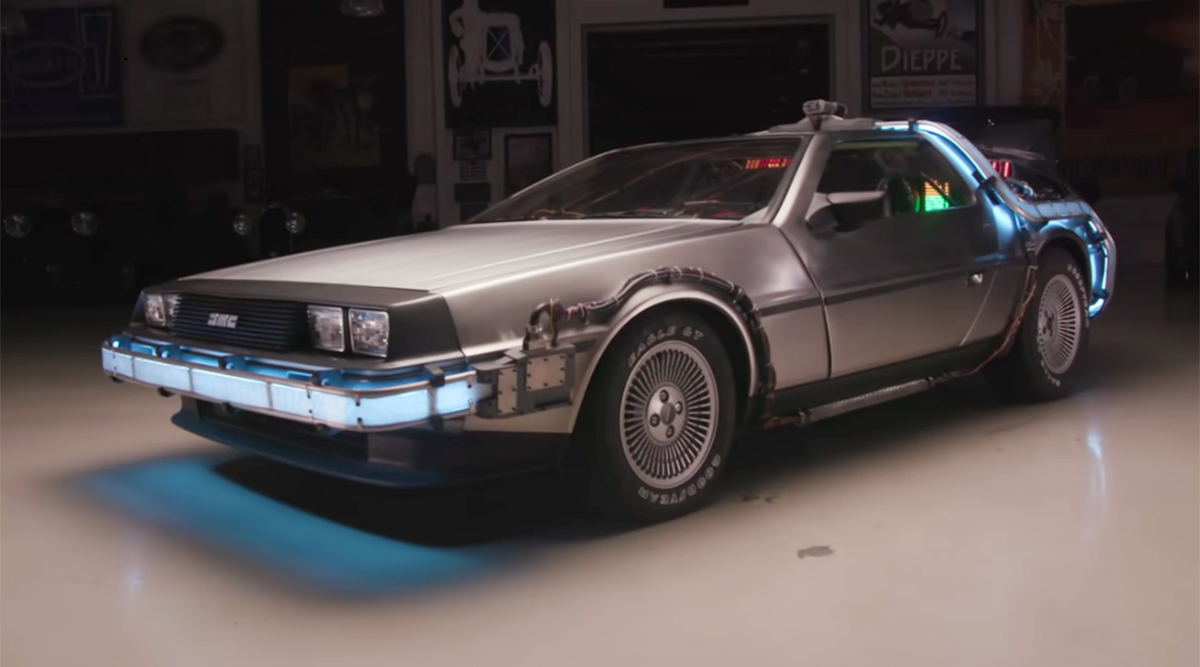 A replica of the DeLorean used in the movie, "Back to the Future." (Jay Leno's Garage/YouTube)

The DeLorean Motor Co. — the 1980s-era automaker whose sleek, silver sports car starred as a time machine in “Back to the Future” — is making a comeback in San Antonio as a manufacturer of electric vehicles.

The revamped automaker said Feb. 14 it is setting up its headquarters at Port San Antonio on the Southwest Side and plans to create 450 jobs, including executive, management and engineering positions.

In a news release, DeLorean said the move is “contingent on final approvals of various incentive packages.” The city of San Antonio and Bexar County are considering public subsidies for the company headquarters.

The Future was never promised. Reimagine today.
Sign up for the premiere of the DeLorean in 2022.
https://t.co/K9n8D1s5uK#DeloreanEVolved#Delorean#Auto#ElectricVehicle#Luxury#BigGame pic.twitter.com/99HsGLCswb — DeLorean Motor Company (@deloreanmotorco) February 13, 2022

Officials with the city declined to comment on the value of the incentives. A spokesman for Bexar County did not respond to questions about the county’s incentive package.

DeLorean does not currently produce any vehicles, and its website contains almost no information about the new iteration of the company.

DeLorean, maker of the gull-winged DMC-12 in the early 1980s, also said it is considering locations for a manufacturing plant.

In recent years, DeLorean Motor has existed to service the estimated 6,000 original DeLorean coupes that are still on the road. But going forward, the company’s new headquarters will act as a “home base” as DeLorean “advances growth plans nationally and internationally,” the company said.