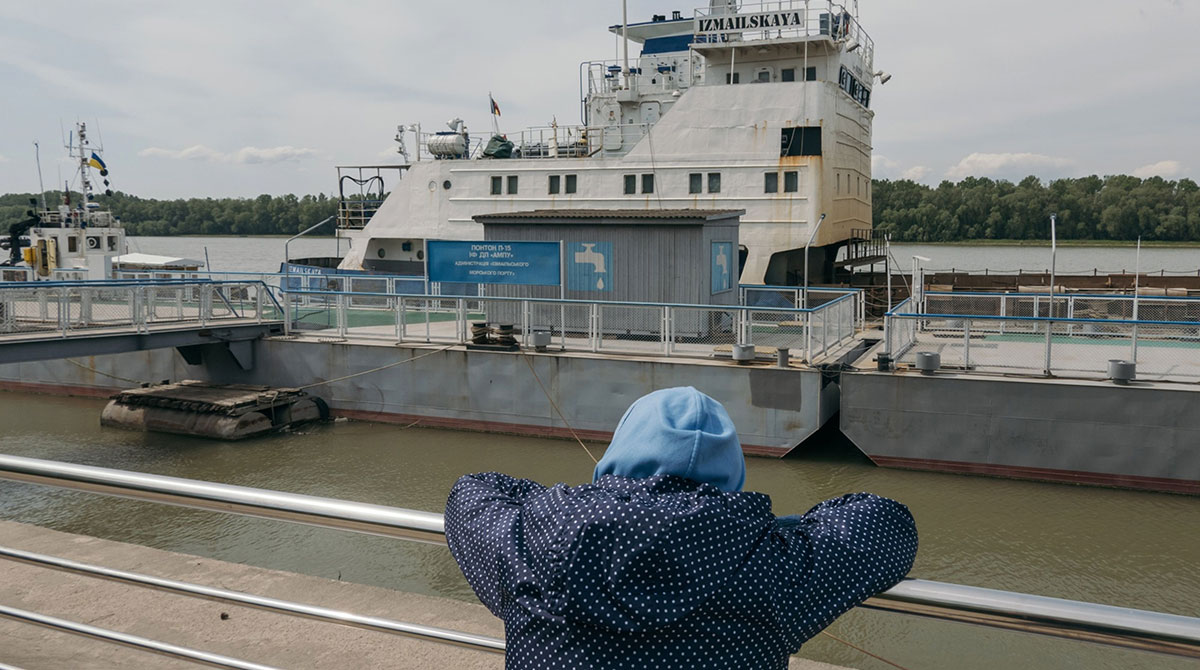 The Izmailskaya hopper barge moored at the Izmail Sea Commercial Port in the waters of the Kiliia River estuary of the Danube in Izmail, Ukraine. (Andrei Pungovschi/Bloomberg)

Removing sea mines near Ukraine’s key ports could take months, and hundreds of seafarers still are stranded in the region after Russia’s invasion of the country, according to the United Nations agency responsible for shipping safety.

“Even if the ports wanted to reopen tomorrow, it would take some time until ships could enter or depart,” said Peter Adams, special adviser on marine security at the International Maritime Organization. “Completely removing sea mines in the port areas would take several months.”

Russian ships have blocked Ukraine’s Black Sea access, essentially halting seaborne exports of staples from grains to chicken and worsening a global food crisis. The world’s import bill for foodstuffs is set to reach a fresh record in 2022, according to the United Nations’ Food and Agriculture Organization.

Moscow has denied responsibility for the disruption, blaming Ukraine for refusing to remove mines protecting its harbors from possible Russian attacks. Efforts to reopen the ports are stumbling, with no sign of progress from Turkey’s efforts to broker a deal.

Freight and insurance costs spiked after several merchant ships were hit in the early days of Russia’s invasion, and some shipping companies still are avoiding the Black Sea. Three mines were detected free-floating in March, two off the coast of Turkey and one near Romania. In the northwest of the Black Sea near Ukraine, commercial ships have stopped operating, according to Adams.

Some 450 foreign seafarers remain stranded on over 80 ships in Ukrainian ports, down from about 2,000, Adams said. A third are from the Philippines, with substantial numbers also from Turkey, Syria and Azerbaijan.

Still, most of the Black Sea is back to near normal shipping levels, aside from the Northwest and the Sea of Azov, where Russian vessels mainly are operating, he added. Ukraine lost access to the Sea of Azov after Russia occupied nearby territories.

Meanwhile, the number of Libyan-flagged ships calling at Russian ports has increased since April 1 compared with the same period last year, while Russian-flagged ones doing so have doubled, according to Braemar ACM Shipbroking Pte. Those boats are able to take advantage of elevated freight rates since others won’t go to Russia, the company said.