Data Show China Lags in Purchase of US Soybeans 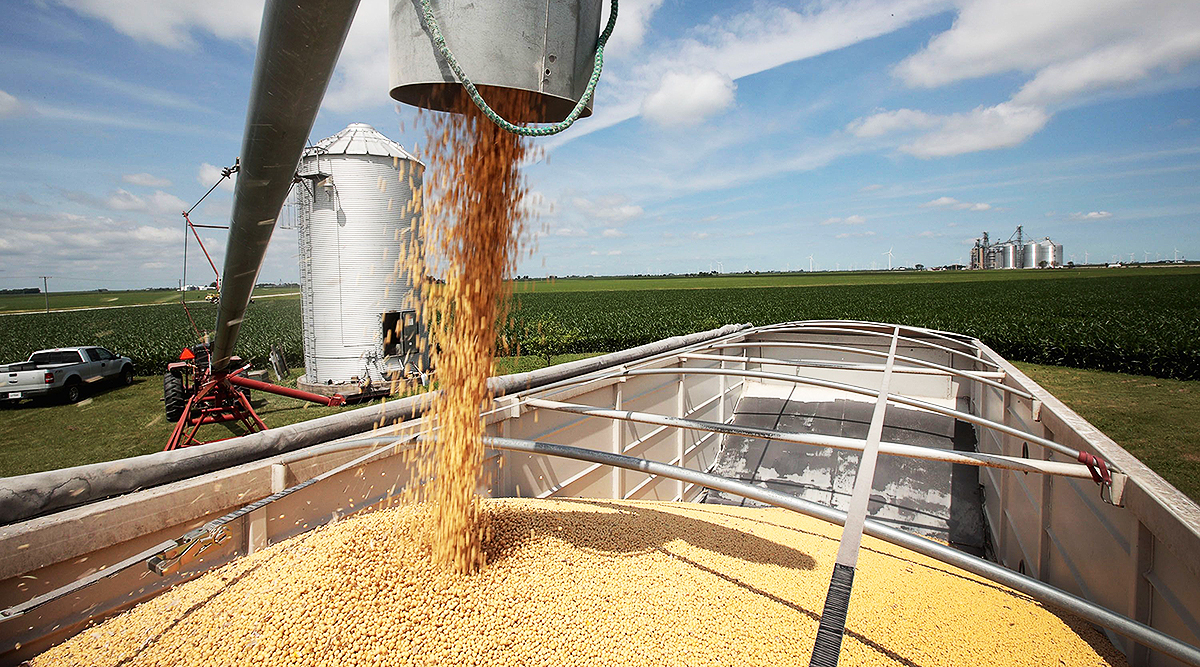 Soybeans are loaded from a grain bin onto a truck. (Getty Images)

In a tweet July 30, President Donald Trump scolded China for what he said was a failure to follow through on promises to boost agriculture trade.

While an export report this week gives some indication China is coming back into the market, a longer-term data view shows purchases of U.S. soybeans have languished. Soy is the top American crop export to the Asian nation.

China is doing very badly, worst year in 27 - was supposed to start buying our agricultural product now - no signs that they are doing so. That is the problem with China, they just don’t come through. Our Economy has become MUCH larger than the Chinese Economy is last 3 years....

During an initial cooling of the trade-war rhetoric earlier this year, Chinese buyers made a few goodwill purchases of American beans. But sales slowed to a near halt after talks broke down in May and have yet to pick up significantly now that negotiators from Washington and Beijing are meeting in person in Shanghai.

Through May, the value of all U.S. agriculture exports to China, including products such as cotton and pork, fell to $4.3 billion from $6.2 billion in the year-ago period, U.S. government data show.

While any purchases in recent weeks are yet to show up in the trade data, 2019 is falling behind 2018, a year many farmers and investors were hoping was an outlier. For all of 2018, U.S. agriculture exports to China came to $9.1 billion, less than half of 2017 levels and the lowest since 2007. 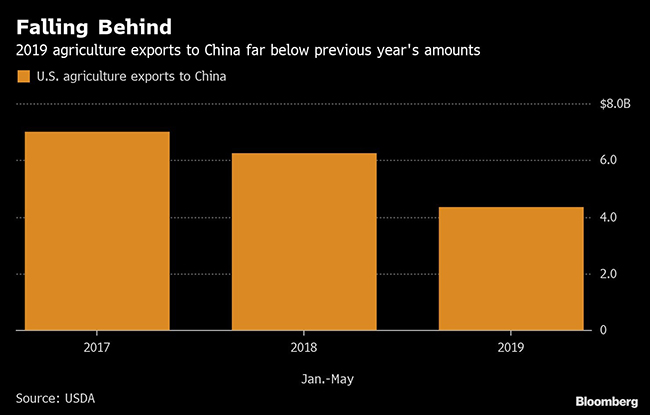