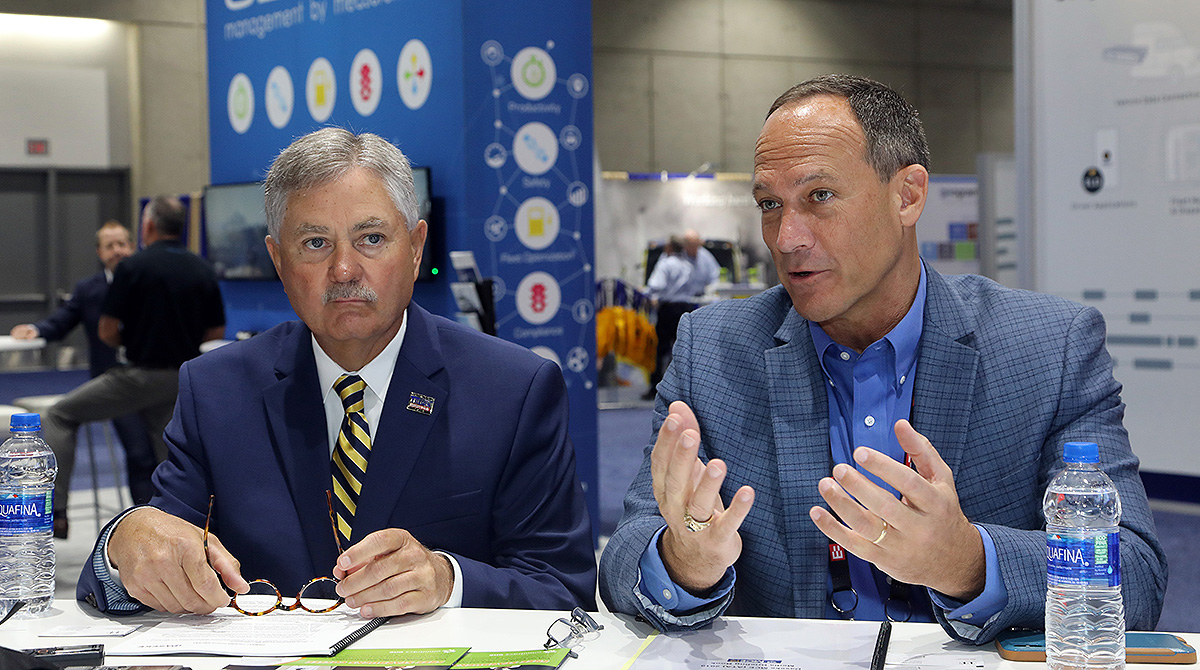 SAN DIEGO — Daseke Inc. is launching a series of business improvement plans that includes an internal council of CEOs from flatbed carriers it owns, and that targets reducing operating ratios and cutting costs at its Addison, Texas, headquarters, company executives told Transport Topics.

“The only thing we have grown faster than revenue is cost,” Chris Easter, the company’s COO and interim CEO, told Transport Topics in an exclusive interview conducted from American Trucking Associations’ Management Conference & Exhibition at the San Diego Convention Center. Easter described the plan as a “pivot” that will steer the company away from the acquisitive streak that marked its growth over the past several years to a strategy focused more on profitability.

Easter said the company will as part of the plan integrate three of its subsidiaries that have been struggling with others that are top performers. The company is also deploying a team of CEOs from some of its subsidiaries to work together on strategies to implement the turnaround plan. One of them, former ATA chairman and Bulldog Hiway Express CEO Phil Byrd, told TT that the council will take a hard look at how Daseke has operated in the past, apply best practices and wring the most possible dollars out of the operations.

“As far as the CEO council, we are going to focus on a number of critical things that are going to fine-tune some day-to-day operations — how we measure key performance indicators,” he said.

He also noted that the autonomy Daseke’s subsidiary companies have enjoyed may also have led to some inconsistencies in operations. “We want to maintain our autonomy where it makes sense,” he said, while adopting synergies where appropriate.

“Autonomy is our strength and our weakness,” Easter added.

He noted that some specific issues the company plans to address center on unused equipment or network optimization, which it will tackle with data to test, measure and re-evaluate more aggressively. The company is also instituting about $4 million in cost cuts from its headquarters, primarily through personnel reductions but also through cuts in certain operational areas. 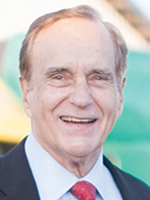 The plan comes about two months after founder and former CEO Don Daseke retired. Under his leadership, the company went from a $30 million firm in 2009 to having $1.77 billion in revenue in 2018. But that growth brought with it significant costs that have negatively affected operations. In the quarter ended June 30, Daseke reported a net income loss of $6.4 million despite a 20% surge in revenue.

The company on Aug. 15 announced that Don Daseke would retire, but remain as a member of the board. The company appointed Easter — whom Don Daseke himself recruited to the company last year to help steer it in a new direction — as interim CEO.

“He identified the need to make a pivot,” Easter said of Daseke. “He felt the timing was right now to move forward aggressively and more rapidly act on that.” Easter added, “I’m doing what Don brought me here to do.”

Daseke Inc. ranks No. 21 on the Transport Topics Top 100 list of the largest for-hire carriers in North America.

The company announced Sept. 5 that R. Scott Wheeler had resigned as president and board member, and that Easter would assume the duties of president. It also announced that CFO Bharat Mahajan had agreed to a separation based on a desire to relocate his family to Canada. David Bizzaro from Bridgepoint Consulting has filled the role of interim CFO.

The company also announced then a divisional reorganization that it hopes will add $20 million to $25 million to operating income in 2020.

Easter noted that the operating ratio for some Daseke companies has reached 99% or higher, which he said is unacceptable in any market condition. For about the next two years, he said the company must address profit margins while delaying acquisitions.

“Hindsight is 20/20,” he said. “We need to focus on making some money and paying down some debt. We are going to keep that simple focus laser sharp in the coming months.”

Down the road, however, the company could return to the acquisition market. “There will come a time in the future, absolutely, we will be looking at growth again.”