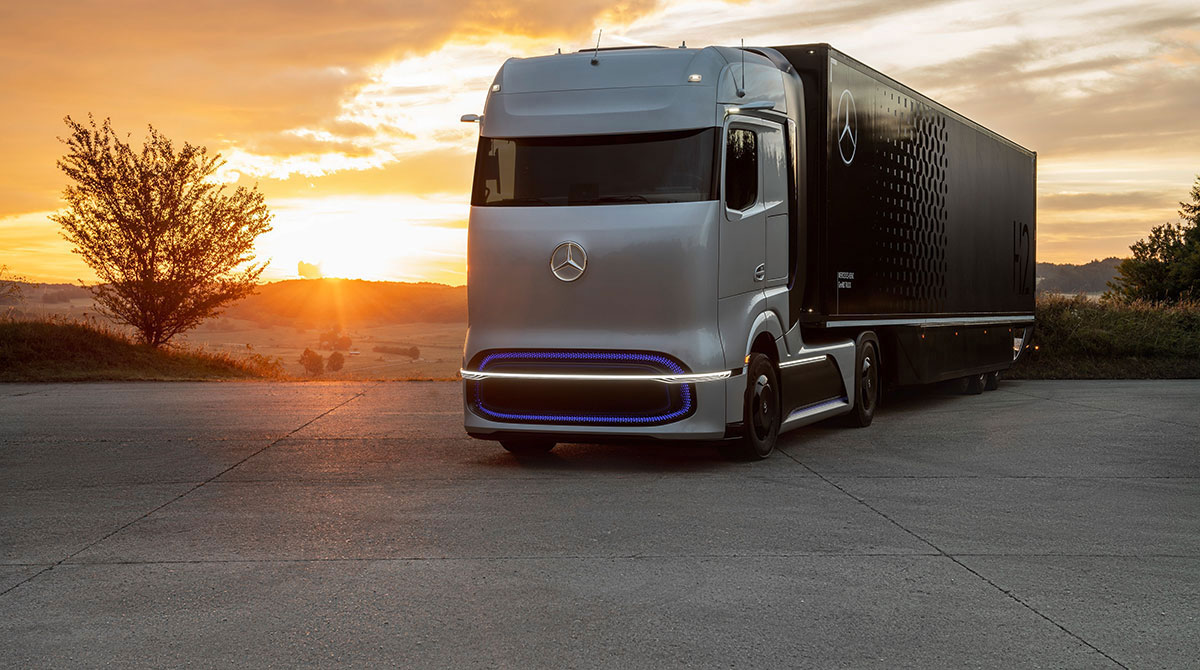 Net income for the period ending Sept. 30 — which Daimler reported in euros — soared 362% to the equivalent of $1 billion, or $1.21 per diluted share. That compared with $224 million a year earlier. It did not state EPS for that year-ago period, as the fourth quarter of 2021 was Stuttgart, Germany-based Daimler Truck’s first time reporting earnings after becoming an independent company in December of that year.

Revenue for Q3 rose 47% to $13.9 billion compared with $9.4 billion a year earlier. Daimler cited higher sales as well as improved net pricing, favorable effects from exchange rates and higher contributions from its after sales business.

Research and development expenses increased to $461.3 million compared with $410 million in the 2021 period.

Year-to-date orders included 1,705 zero-emission trucks and buses compared with 497 a year earlier. The company reported it sold a little more than twice as many ZEVs year-to-date — 624 versus 308 — compared with the 2021 period.

Daimler has eight CO2-neutral truck and bus models in series production in the Americas, Europe and Asia. It will offer only CO2-neutral city buses in Europe by 2030. Its fuel-cell GenH2 Truck is testing on public roads.

Since last year, according to the company, a Mercedes-Benz GenH2 Truck prototype has been undergoing intensive testing — both on its in-house test track and public roads in Europe. Daimler Truck is putting another prototype into operation to test the use of liquid hydrogen.

The largest workforce gain was in financial services, which jumped 26% to 1,567 people. “Daimler Truck is well on its way to making its first financial year as an independent company also a year of success,” Jochen Goetz, chief financial officer of Daimler Truck, said in the earnings release. “This is underlined by our strong business development in the third quarter, despite continuing challenges in the supply chain as well as in raw material and energy prices. Our year-end sprint is now all about maintaining this momentum and delivering as many ordered vehicles as possible to our customers.”

Daimler noted it notched a 40.4% North American Q3 market share in Class 8 and a 33.7% share in Classes 6-7 — both were about two percentage point gains compared with the 2021 period, according to the company’s internal analysis.

It said it expects full-year revenue to be between $50.1 billion and $53.7 billion, with a slight increase in R&D costs.