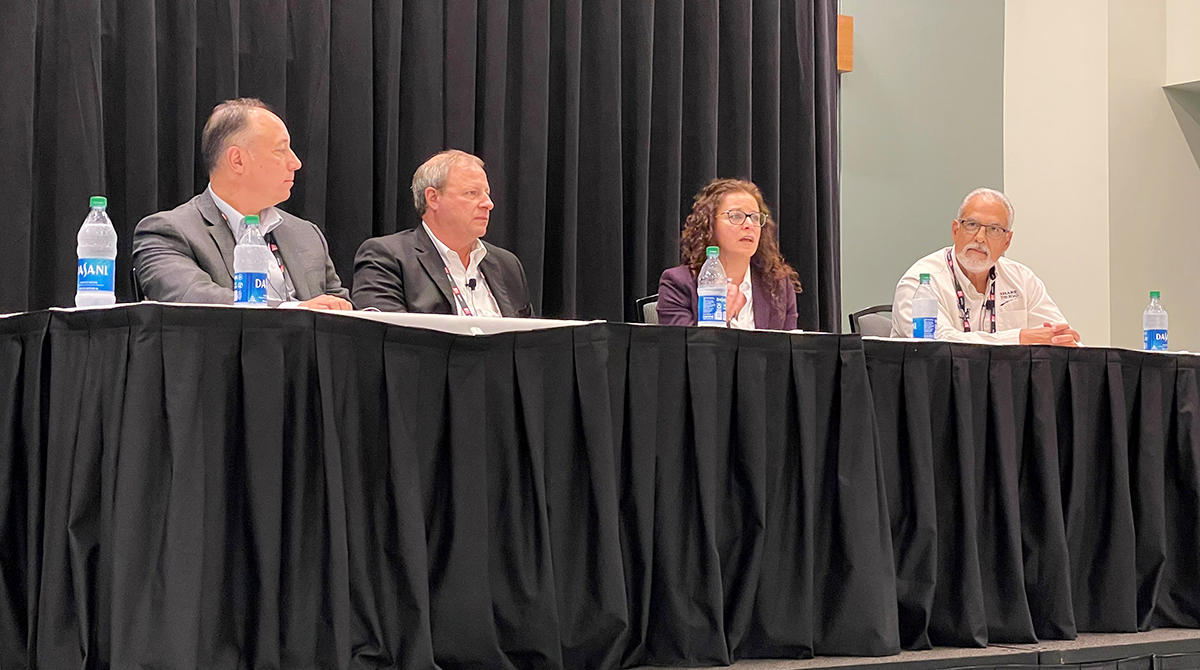 NASHVILLE, Tenn. — Driver-assist technologies that are already widely available on the commercial truck market have demonstrated that they can prevent crashes, save lives and reduce litigation-related costs, a group of industry experts said.

Safety systems such as collision mitigation with automatic emergency braking, adaptive cruise control, onboard cameras and lane-departure warnings increase the purchase price of a new truck, but one fleet that invests heavily in these systems said they more than pay for themselves.

Since Pitt Ohio started spec’ing collision mitigation systems on all of its vehicles in 2013, the fleet has seen a dramatic reduction in crash-related costs, said Jeff Mercadante, the company’s vice president of safety and risk.

Prior to 2013, Pitt Ohio averaged $425,000 to $600,000 per year in costs associated with rear-end collisions. With the safety technology now in place, the fleet has seen that annual cost drop to $12,000 last year, Mercadante said during an Oct. 25 educational session here at American Trucking Associations’ 2021 Management Conference & Exhibition.

A professional driver on the panel also voiced his support for active safety technology.

“I’m a good driver… but this makes me a better driver,” said Ralph Garcia, a driver for ABF Freight and an America’s Road Team Captain.

Garcia recalled one incident when he had to make a quick, sharp turn to avoid an overturned vehicle on the road after coming around a bend at night. His trailer had started to tip, but the brakes kicked in automatically to bring it back under control. He credited his truck’s onboard safety technology with preventing a potential crash.

“That saved me that night,” Garcia said. “I know it did.”

He also specifically praised adaptive cruise control, which enables the truck to automatically maintain a safe following distance. “All you have to do is hold onto the steering wheel and let it do its thing.”

However, the constant noise from audible alerts issued by driver-assist technology can become a distraction while driving in city environments, Garcia said. He suggested that truck makers consider reducing the volume of those alerts while in urban areas, then shift back to normal volume levels when driving at highway speeds.

ABF Freight is a business unit of ArcBest, which ranks No. 15 on the Transport Topics Top 100 list of the largest for-hire carriers in North America.

Pitt Ohio, meanwhile, has found that the video footage and data captured by onboard safety technology can exonerate drivers who are involved in crashes but were not at fault, thus preventing potential lawsuits.

When a crash does occur, Pitt Ohio’s Mercadante said he provides video recordings and information such as the truck’s speed and the driver’s logs to the state trooper so all of that information is available for the investigation and the police report.

“I’ve tried to get out in front of that and give them all of the data they need, and it’s worked really well for us,” he said.

Pitt Ohio, based in Pittsburgh, ranks No. 48 on the TT Top 100 list of for-hire carriers.

While a variety of driver-assistance features are available on modern trucks, the most popular is automatic emergency braking, said TJ Thomas, director of marketing and customer solutions for controls at Bendix Commercial Vehicle Systems, supplier of the Wingman Fusion safety system.

“It works,” he said. “There’s [a return on investment] associated with it.”

AEB systems can reduce the number of rear-end accidents by 70%, and reduce the severity of remaining crashes by another 70%, Thomas said.

That being said, these radar- and camera-based systems are not “force fields,” he said. There are still situations and scenarios that are challenging for the technology to handle.

These systems also are dependent on the truck’s tires and brakes.

Pairing AEB technology with air disc brakes can mean the difference between a severe or minor incident, or a minor incident versus avoiding the crash altogether, she said.

“They’re like peanut butter and jelly,” Oreskovic said. “They’re both great independently but they’re much better when they’re paired together.”

Adoption of air disc brakes lags in North America compared with Europe, but adoption is steadily increasing in parallel with driver-assist technology, she said.

Bendix forecasts nearly 45% adoption of air disc brakes in the tractor and truck market this year, and expects that rate to approach 60% by 2025. Adoption is slower on the trailer side at about 17% today and a projected 25% by the middle of the decade, according to the company.