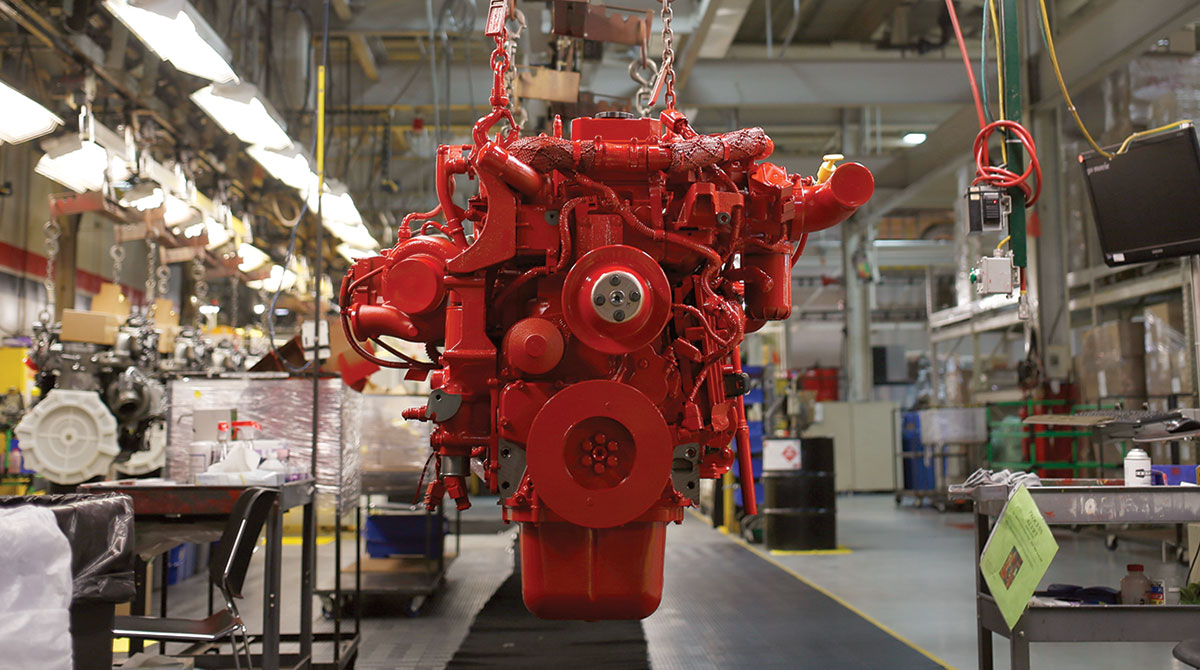 A completed engine on the production line at Cummins' plant in Columbus, Ind. (Luke Sharrett/Bloomberg News)

Independent engine maker Cummins Inc. narrowly claimed the lead for the most Class 8 engines supplied in North America in 2020, pulling ahead by just 1,066 units over next-in-line Detroit, a brand of Daimler Trucks North America.

RELATED: Cummins was  top supplier for first six months of 2020

“2020 was a very disruptive and unusual year to use as a data point,” Rob Neitzke, Cummins executive director of medium and heavy-duty truck business, told Transport Topics. 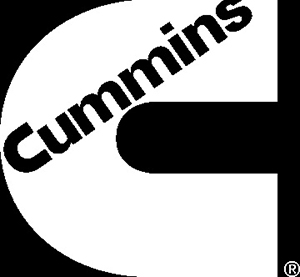 All truck makers also supplied significantly fewer proprietary engines compared with a year earlier, except for a 51-unit increase to 291 at Mercedes-Benz, whose sales in the U.S. fall under DTNA along with Detroit Diesel Corp.

The engine makers’ percentage of the total engines supplied, however, largely was unchanged, Neitzke said.

“It’s kind of interesting, remarkable really, that you don’t see much change in the numbers [except at Detroit] when you roll them all up given that it was such a unique and different year.”

The report breaks Class 8 engines into two segments, Group 1, under 10 liters, and Group 2, 10 liters and over. Cummins’ dominance with its smaller L9 engine ensured it posted the overall lead. 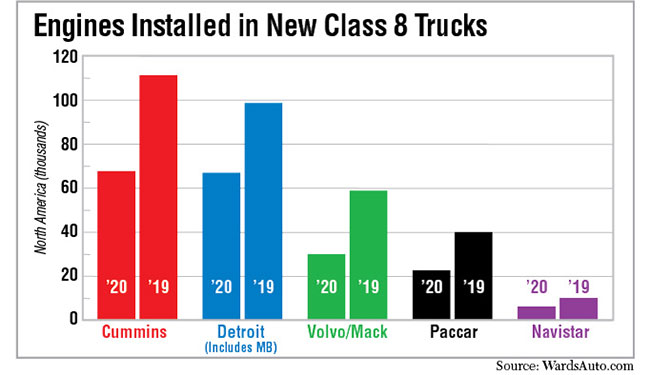 In Group 1, Freightliner used the most Cummins engines at 11,041. International was next with 6,081.

The figures come from a Ward’s report on North American factory sales of heavy-duty trucks, including their engines, released Jan. 29.

The Ward’s data this period, like in 2019, reflected reporting changes involving Mexico, which included only trucks to U.S. and Canada. Ward’s also reported the Freightliner data is incomplete for North America. Freightliner is a brand of DTNA.

“2020, in particular, was a year in which there was no time for second-guessing equipment or engine choice. Uptime was, and is, everything,” said Pete Hobbs, DTNA vice president of market development for the on-highway market segment. “Simply put, our customers know they can count on both our Detroit engines, and on the DTNA service network to keep them moving, and the [factory] sales numbers bore that out.”

Cummins was next with 49,496 for a 28.4% share. Neitzke said about 70% of Cummins provided in Group 2 were its X15 efficiency series that already were compliant with federal emission rules taking effect in 2021.

In this Group 2 space, he said Cummins continued to push and get traction with its X12 engine and doubled those sales.

Cummins supplies its engines 10 liters and over to all truck makers, with Kenworth its largest customer followed by Peterbilt that, respectively, used 17,824 and 15,543 engines. International used 12,132. Freightliner used 2,626. 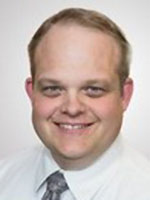 “The vertical integration between a Volvo I-Shift transmission and a Volvo D13 engine can do much more than just consider what gear the truck should be in,” said Johan Agebrand, VTNA director of product marketing. “Any impact that a gear shift of the transmission or acceleration/deceleration of the engine is also known by the steering system and can be compensated for.”

“When it comes to the trucking industry, we invented the integrated powertrain. With our updates to common rail engines in 2017 we have really exceeded customer expectations for a reliable, fuel-saving engine,” said Stu Russoli, Mack highway product manager.

“One of the things we’re talking about is if we had, 10 years ago, to estimate our proprietary engine share, it was probably 30% and now it’s 60%, and it continues to grow,” Paccar CEO Preston Feight said during its fourth-quarter earnings call.

Navistar is investing $125 million in its Huntsville, Ala., facility to produce next-generation big-bore powertrains.