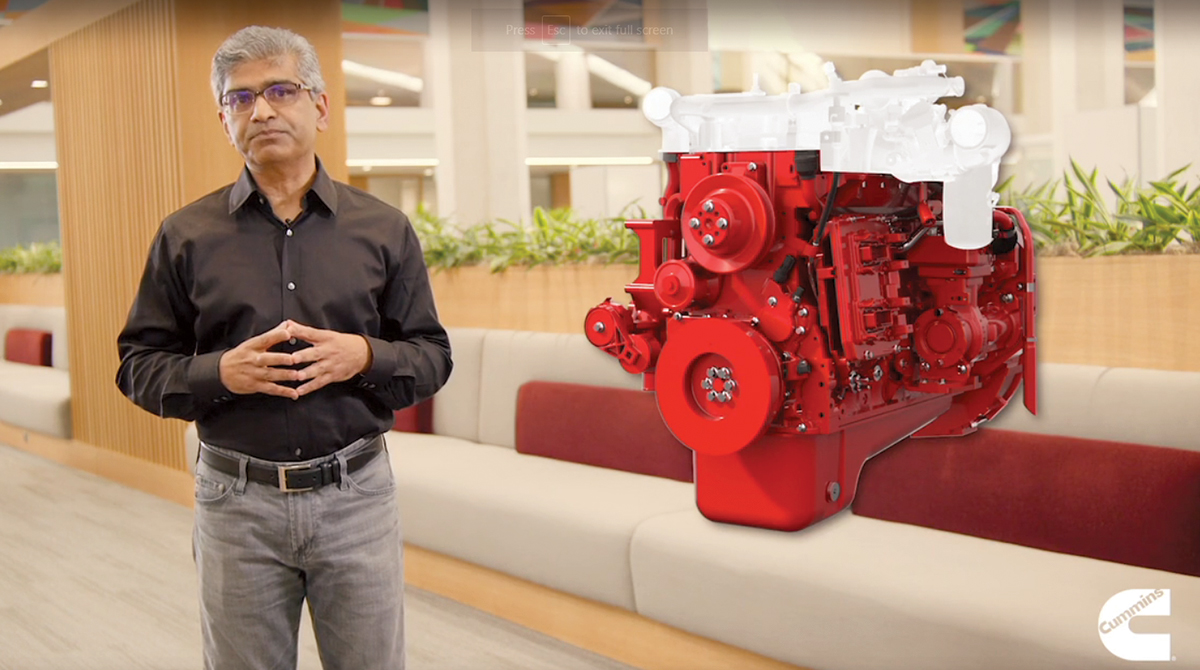 Cummins Inc. announced it will build a new family of internal combustion engines for a range of low-carbon fuels beginning in 2024 using core components on common engine blocks, with additional components installed to handle the specific fuel.

The common platforms would all be fuel agnostic, not flex-fuel capable.

These engines are intended to be transition technologies to address climate change, which the company called the No. 1 existential crisis of this generation, and in light of battery-electric powertrains that work for some applications but don’t function right now across the board.

“We have said by 2050 Cummins will be net zero, which means between now and then I think there will be a variety of technologies that our customers need and we will be there to deliver all of those in terms of diesel, [compressed and liquefied] natural gas, hydrogen, propane and gasoline [all are fuels which can be adopted now without the need for incentives], as well as in terms of [eventual] hydrogen production, as well as battery-electric and fuel cell electric,” Padmanabhan said.

Cummins reported the new engine-building approach during a virtual press conference Feb. 14. It forecast greater demand for engines running on low-carbon fuel will encourage the development of the necessary new fueling infrastructure, but the company is not investing in a network of public infrastructure itself, and called for a significant government effort to accomplish that.

“The upfront cost of these engines will be much lower than moving to fully electric or fuel cell electric options. That is critical for lowering the barrier to entry for fleets looking to adopt emissions-reducing technologies today,” said Amy Boerger, vice president of Cummins’ North American engine business.

The new approach at Cummins will be applied across the company’s B-, L- and X-series engine portfolios, and Cummins noted 80% of the parts will be familiar to both fleet technicians and production workers at truck plants. It is emphasizing the cost-savings of parts commonality and convenience of one source of contact for the variety of engine options.

“We want to do something where the customer makes money; where at the end of the day it works for their business. So this idea of being practical, feasible and available is really, really important,” said Brett Merritt, vice president of Cummins’ engine business. “We have customers today where today battery-electric is the right answer. It just doesn’t work across the board in all things. So stay tuned for a variety of engine announcements and OEM announcements that will support this message.”

Jonathon White, vice president of engineering at the Cummins engine business added: “To be able to pull forward technologies faster as part of this platform portfolio, it’s just so exciting.”

Padmanabhan said in his 30 years in the industry he has not once seen “that there is a company that actually has done a fuel-agnostic platform. They’ve talked about it, been in the research labs. But we are actually bringing it to production.”