Hero Cully Frisard: 'We Will Never Leave a City Behind' 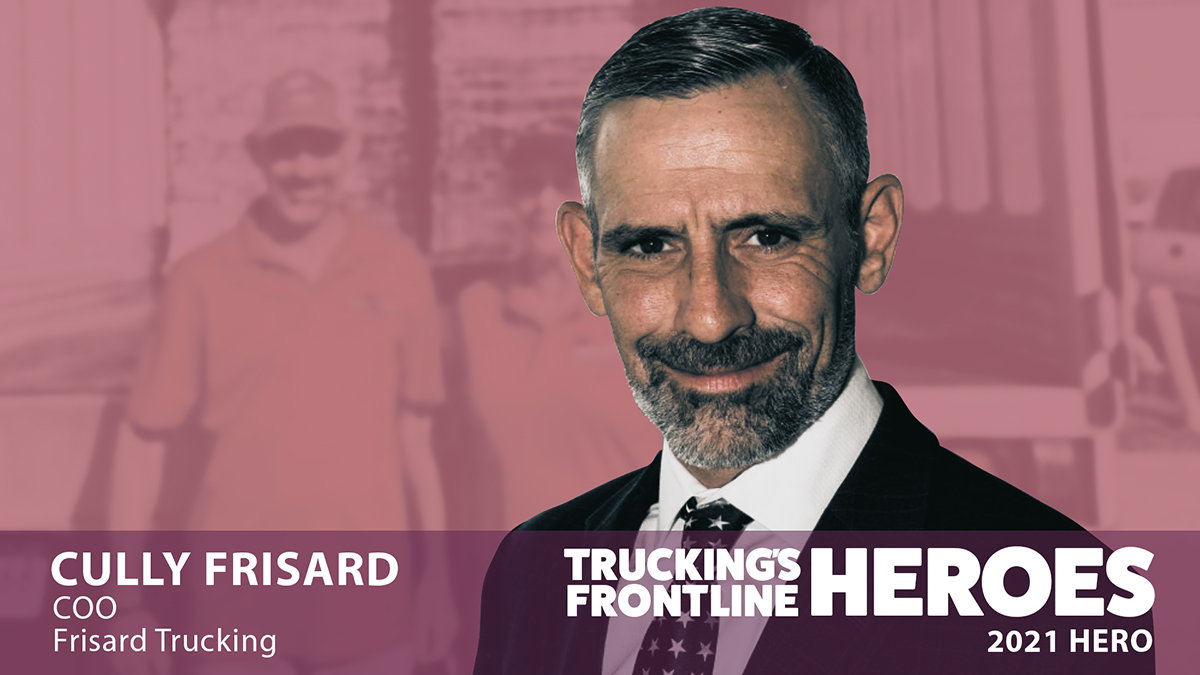 It was early in Cully Frisard’s transportation career when Hurricane Katrina devastated his home state of Louisiana, but the lessons he learned from that 2005 storm steered his response in September when Hurricane Ida delivered a similar blow to the southeastern state.

“Katrina is what showed me the devastation and death, and it changed everything for me going forward,” said Frisard, who since 2014 has served as COO of his family business, Frisard Companies, a Gramercy, La.-based trucking company. “It really tore me apart to see and hear the disarray that happened. That’s my passion for helping and giving back.”

That passion and commitment has earned Frisard recognition as a 2021 Transport Topics Frontline Hero.

Frisard was 26 years old and working for a now-defunct medical delivery company when Katrina hit. In that storm’s wake, Frisard was left with the sense that he didn’t do enough to help, and it changed him.

“Seeing the failures we had in Katrina, I asked myself, ‘Did I do everything I could do to help people?’ And I failed in Katrina,” he said.

Today, he works to ensure the family company helps out when the need is there. “We will never leave a city behind when a hurricane hits — or any disaster,” he said.

As he watched coverage of Hurricane Ida’s growing threat, Frisard wanted his drivers ready to carry relief supplies after the storm made landfall.

“I want to make sure we are in front of anything that is coming at us,” he said. “Ida was a lot different from anything I’ve ever seen. We didn’t have to go very far to see the amount of the destruction it caused. The eyewall passed right over, and it caused massive damage. The first concern I had was to keep my family safe and then get my company back up and running.” 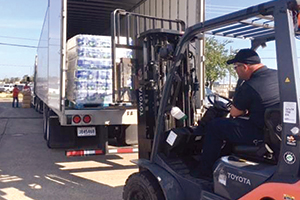 Just days after the storm cut its path through the Mid-Atlantic and northeastern U.S., Frisard had set up a temporary office and sent his drivers out to deliver supplies, albeit slowly.

“We were helping St. Bernard Parish, St. John Parish, St. Charles Parish, and then St. James Parish. They were the only ones we could get to on Friday because [in] lower Plaquemines Parish, lower Jefferson and Lafourche Parish, we could not get a truck down the road. Downed power lines, trees, buildings.” He noted that one tractor-trailer in St. John Parish was thrown from a truck stop into the middle of the highway by Ida’s strong winds.

“That storm came in quick, and it would not surprise me if it becomes the most powerful storm to strike the U.S.,” he said. In all, Frisard said he deployed much of his fleet to deliver relief supplies in the days following Ida.

A similar situation followed Hurricane Laura, which didn’t command headlines like Ida but still delivered a sizable blow to the region; FEMA put the price tag on agriculture losses in Louisiana alone at $1.6 billion from that storm.

“Last summer when Hurricane Laura hit the west side of the state, we provided 13 tractor-trailers in Louisiana and New Jersey, and loaded products that were needed for communities and families,” Frisard said. 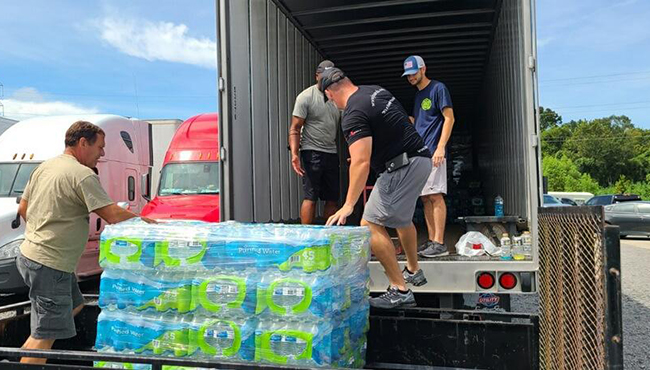 Frisard noted that the community spirit that comes with assisting with disaster relief carried over into the way he operates the company, and the relationships he has developed with customers who make donations. At the center of that is doing what you can, he said. For Frisard Companies, that’s dry van freight.

“You have to be good at something, and we’re good at dry van,” he said. “Why get involved in other things when there is so much dry box to run?”

Frisard watched his father, Martin, build the business over 30-plus years. Today the carrier has 150 trucks, hauling 100% dry van cargo. Frisard worked for several trucking companies in a variety of roles before returning to run the family business after his father semi-retired.

Frisard said each of the company’s employees has his cellphone number, and he makes it a practice to know all of the drivers, mechanics and office staff on a first-name basis.

“Our motto is, ‘This is a family tradition,’ ” he said. “Everyone that walks into my office, the first day you’re a guest, the next day you’re part of the family. The drivers are the front line of my company, the heartbeat of this company; without them, there is no company. The office workers and the staff are the arteries of the operation.”

Frisard added, “As a business owner, I have always felt if you treat people with respect and dignity, it’s going to work, it’s going to be successful.”