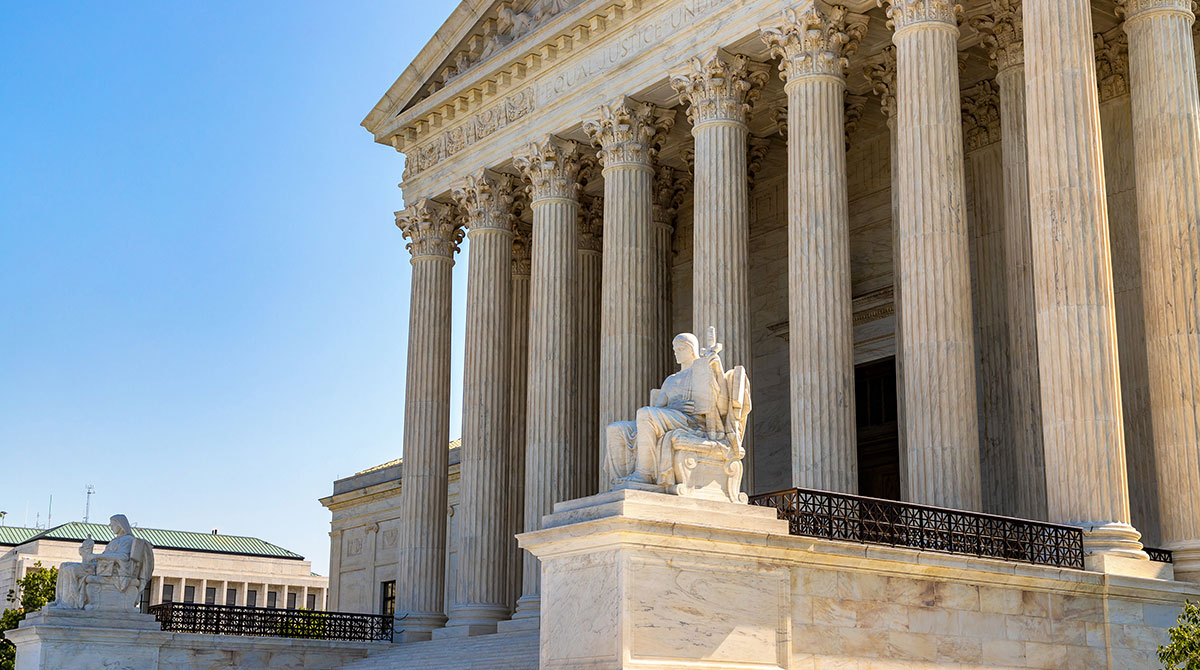 The California Trucking Association in a legal brief described as “head-scratchingly wrong” the U.S. solicitor general’s recommendation that the U.S. Supreme Court decline to hear an appeal of a state law aimed at reclassifying owner-operators as motor carrier employees.

The CTA brief was filed with the high court June 3 in response to the solicitor general’s May 24 recommendation that a lower court’s ruling on California’s so-called AB 5 law, “correctly determined [CTA] were unlikely to succeed on their claim that the [Federal Aviation Administration Authorization Act] preempts applying the ABC test as codified under California law to owner-operators, and the court’s decision does not conflict with any decision of this court.”

The government’s position on the CTA appeal maintained that the law’s requirements are easily avoided; that the law may have no impact at all on carriers or owner-operators; that the decision simply follows this Court’s FAAAA precedent; and that there is no conflict in the circuit courts.

However, CTA countered in its reply that the AB 5 law “would cause motor carriers and owner-operators to bear the substantial, if not insurmountable, costs and burdens associated with shifting to an employer/employee business model.”

The state association said, “The government’s brief calls to mind the question famously posed by Chico Marx: ‘Who you gonna believe, me or your own eyes?’ ” It added, “In fact, AB 5 was designed to, and surely will, upend the operation of the trucking industry.”

As CTA’s challenges to AB 5 have worked their way through the federal courts, the group has steadfastly maintained that the California law imposes a too-restrictive so-called ABC test for determining worker status as an independent contractor or employee, claiming the state legislation essentially makes all drivers employees and must be preempted by federal law.

CTA noted that “amicus curiae” briefs supporting the appeal have been filed with the courts by users of trucking services with no ax to grind in the litigation; these groups’ only goal is obtaining affordable and efficient shipping, and believe that AB 5 will have “profoundly destructive effects,” it said.

The trade association that represents owner-operators — the Owner-Operator Independent Drivers Association — agrees that AB 5 “would cause motor carriers and owner-operators to bear the substantial, if not insurmountable, costs and burdens associated with shifting to an employer/employee business model,” CTA said.

The CTA brief also stressed that the law would compel owner-operators to leave trucking. “That is what owner-operators themselves say; they regard independence and flexibility as far more important than do employee drivers,” CTA said.

Elizabeth Prelogar is the current solicitor general. The brief was submitted in response to the Supreme Court’s order inviting her to express the views of the United States. In her position, she serves as the fourth-ranking individual at the Department of Justice, and is responsible for conducting and supervising all Supreme Court litigation on behalf of the United States.

The court of appeals held that CTA was unlikely to succeed on the FAAAA preemption issue. After reviewing relevant precedent, the court explained that “a generally applicable state law is not ‘related to a price, route, or service of any motor carrier’ for purposes of the F[AAA]A unless the state law ‘binds the carrier to a particular price, route or service’ or otherwise freezes them into place or determines them to a significant degree.”