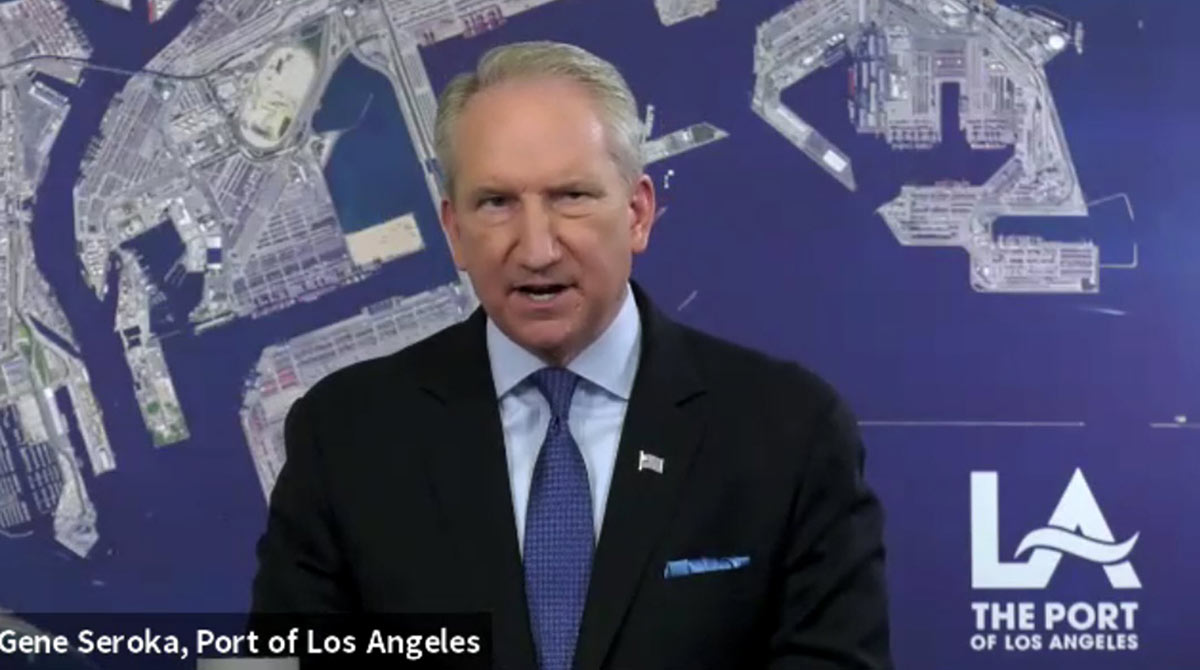 One day after announcing the Port of Los Angeles will begin operating 24/7, port officials said they were working feverishly to get ready for what promises to be a busy stretch.

“We’re moving as fast as possible,” said Gene Seroka, the facility’s executive director, during an Oct. 14 news briefing. “We are only 4½ weeks away from Black Friday. We have a lot of work ahead of us, but all of that conversation is pushing forward to getting everybody to open up each day of the week.”

Seroka added, “We have to get this orchestra of participants in the supply chain to adjust and get on the same schedule, the same calendar. It’s going to take some pulling. Others are volunteering, and that’s the goal; to get everyone synchronized to the best of our ability to get this container flow going.” 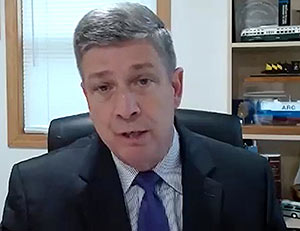 Seroka was joined at the briefing by White House Port Envoy John Porcari, who said the White House is aware of the seriousness of the port congestion problems and is taking steps to solve it.

“Over the last several weeks we secured commitments from some of the largest cargo owners to move to a 24/7 distribution model — that really helps the nation clear the docks,” Porcari said. “As a nation we need to move to a 24/7 supply chain.”

The Port of Long Beach has seven main container terminals and three weeks ago announced plans to move to a 24/7 operation, but like Los Angeles, port officials said fine-tuning the process is taking time.

Between the two facilities, 40% of the nation’s inbound cargo is processed in Southern California.

At the White House on Oct. 13, leaders from several major retailers and cargo shipping companies announced plans to ramp up operations. UPS announced expanded 24/7 operations and enhancement of data sharing information at ports, which it said could improve its capacity by 20% at ports. FedEx said it will expand night hours with changes in its trucking and rail schedules to increase the volume of containers at ports, potentially doubling the amount of cargo it moves at ports at night. And Walmart announced plans to increase its use of night hours, which could mean moving 50% more cargo over the next several weeks.

The announcements followed several weeks of negotiations with the longshoremen’s union and other groups. Porcari noted that the movement of freight is 25% faster at night compared with the day shift.

“Those commitments and announcements in hand are the starting point, not the end point,” Porcari said. “This not just flipping a light switch. I think we all understand that the whole supply chain in the United States and globally was creaking along before the pandemic and the pandemic laid bare, with increased volumes and different buying patterns, a system that needs to be modified.”

Seroka said he is anticipating strong months in November and December that will likely match or exceed 2020’s volume. For the entire year, he said the port is on track to process 10.8 million TEUs, a 17% increase over 2020’s figure, making it the strongest year ever for a Western Hemisphere port and a 14% increase above the port’s best-ever year of 2018.